The Strange Tale of a Spirit Photographer

Tales of paranormal phenomena and strangeness have been with us for centuries, and there has always been the desire to try and document them with whatever technology is at hand. For a long time, there were only written accounts, but then came the era of photography, and this opened up a whole new and exciting avenue for capturing evidence of the world beyond what we know. In the era of spiritualism, in which there was widespread belief in communing with the spirit world, there came a wealth of people taking spirit photographs during seances and medium demonstrations. Although many of these were obvious fakes and attempts to pull off hoaxes, some seemed to have taken this very seriously, and one of these was perhaps the first to try and photographically document supernatural phenomena under controlled conditions, leading to a collection of very surreal and bizarre pictures.

In the 1940s, a popular and well-known Danish photographer by the name of Sven Türck had developed an interest in spiritualism, which at the time was all the rage. This was an era in which spirit mediums channeling the dead and spooky séances in darkened rooms were a popular pursuit. At the time, he was a sort of national icon in the world of photography, having taken more than 50,000 images of various aspects of Danish life, many of these which reside at the Royal Library, so he was no kook, just curious. He began attending various séances, and at first he went into it a bit skeptical but open-minded, and after a time he began to formulate the idea of trying to use his photographic skills to try and capture some of the strange phenomena he claimed to have witnessed. So would begin a strange series of experiments and a photographic odyssey that represents one of the more thorough and unusual attempts to document these séances and capture photographic evidence of paranormal phenomena during the spiritualist era.

Türck devised a rig composed of three infrared sensitive cameras, designed to be at different angles in such a way so that one always showed the action from behind, one from underneath, and one from above. He then went about trying to create a controlled environment, so that the experiment would be as accurate as possible and to eliminate the possibility of trickery. With this done, he gathered a group of spirit mediums and people who claimed to have the power of psychokinesis, which is the alleged ability to move objects with one’s mind, and set up his rig to see what would happen, if anything. If his accounts and subsequent photographs are to be believed, that would be quite a lot. 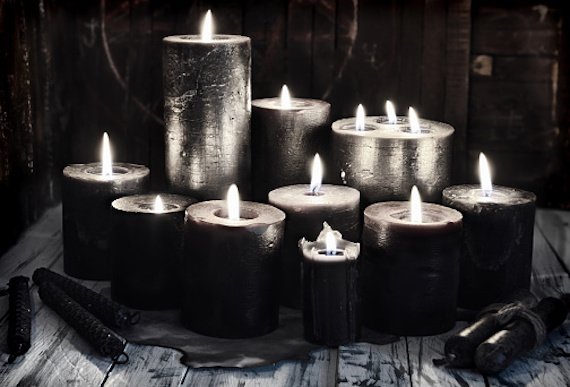 During these sessions, Türck reported a wide range of unexplained phenomena. Chairs and objects would move or levitate, things would be knocked off of tables, a large worktable rose up on one leg and began to whirl around its own base, spinning faster and faster, and on one occasion, a large dresser, so heavy that two men could not lift it without great effort, was moved out into the middle of the floor by some unseen force. Considering this was being done in his own controlled laboratory in Copenhagen, there was judged to be very little chance of trickery or sleight of hand, and no cause could be found for the mysterious movements of these objects. Over several months, Türck would dutifully record as many of these instances on camera as possible, compiling quite the bizarre array of photos covering a wide variety of paranormal weirdness.

Besides moving or levitating objects such as chairs and other furniture, there are quite a few odd ones within the collection. There are several photos of the medium Børge Michaelson in which he appears to be floating through the air, including one in which a person on the floor seems to be trying to hold him or pull him down. In another series of shots, a medium is seen exuding a substance called "ectoplasm," which is said to be a sort of material left behind by spiritual forces, and in one of them the face of what seems to be a spirit can be seen in the slimy substance. There are also shots of pieces of furniture lifting into the air with people on them or trying to push them back down to earth. The whole collection is a smorgasbord of strangeness, an impressive selection of clear photos of the paranormal, the negatives of which allegedly were examined by some of Denmark’s top photograph analysts, including Director of the Danish Photograph School Theodore Andresen, with none of them finding any evidence of trickery or manipulation. 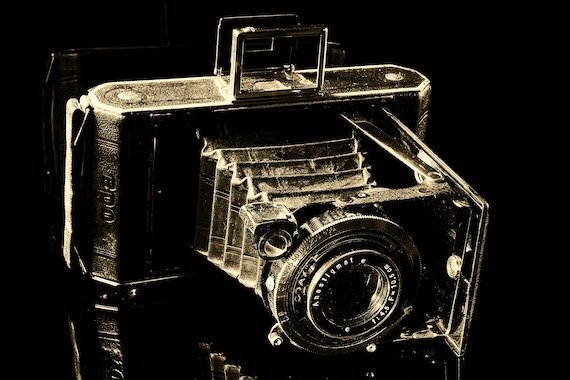 In 1945, Türck would compile all of these various photos into a book titled Jeg var dus med Aanderne, which translates to "I was Familiar with the Spirits,” and the photographs were a sensation within the world of spiritualism and paranormal research. Of course, the photographs have also been heavily criticized by skeptics for a number of reasons. Many of the photographs seem staged, in particular those which feature levitating objects often show blur, as if they have simply been tossed up and photographed in midair, and the ones of Michaelson’s levitation look as if they may have simply been taken as he was jumping or being thrown. There is also the fact that even at the time these were taken ectoplasm had been widely debunked as a frequent trick used by fakers, yet such photos have a prominent place in Türck’s collection. There are a few of the photos that seem to be genuinely unexplainable, but these too are thought to have been faked somehow. Despite the assurance from photographic experts at the time that these photos were authentic, the consensus among skeptics seems to be that they were all staged, with Türck either being duped by charlatans, or having been in on it himself. You can see some of the photos here and decide for yourself.

The photographs he took have been discussed and debated to this day, with both skeptics and those who think that he just might have captured something truly special on film. If they are real, the images would rank as among the clearest ever taken, shedding light on a field where such photographs are hard to come by. However, this is an area that has long been plagued by hoaxers and fakes, to the point that no photographic evidence, no matter how good, is going to stand up as proof of anything. Whether any of these were real or not, they are certainly a curious collection, and a strange historical oddity that will likely invite discussion for some time.

My Thoughts on Mars, Martians and a Ruined Red Planet