The Weird Vanishing of Dale Kerstetter

There was a time when some people would mysteriously vanish into thin air and that was that. We had no way of knowing where they were or what the circumstances were surrounding their stepping off into the unknown. With the advent of technology we now have myriad and numerous security and surveillance cameras set up all over the place, at times capturing every move we make. With this new advancement in technology we are sometimes offered glimpses into the last moments of people who have mysteriously disappeared, and while this may not always do anything to solve the enigmas surrounding these cases it is usually enough to add another layer of creepy bizarreness to it all. One such case revolves around a mysterious piece of footage that shows the last moments before a man went missing without a trace, and which only serves to pose more questions than answers.

At 11PM on the evening of September 12, 1987, 50-year-old Dale Kerstetter began his graveyard shift at the Corning Glassworks plant in Bradford, Pennsylvania, where he had worked as a security guard and maintenance man for 27 years. The shift started as always, and it was a routine Dale had been through countless times before. He went about his usual rounds, and there was nothing amiss, yet when the next guard came in to relieve him as always, Kerstetter was nowhere to be seen. The area was undisturbed, and his truck was still in out in the parking lot with the key in the ignition and all of his personal belongings, including a carton of his beloved cigarettes, lying untouched within, as well as an empty holster from his .22 caliber pistol, and his day pack. There was even a lunch pail carefully set out on a table in the cafeteria along with the food totally uneaten, along with a set of keys under a newspaper. A complete search of the plant turned up no sign of him and he had just inexplicably seemingly vanished without a trace. 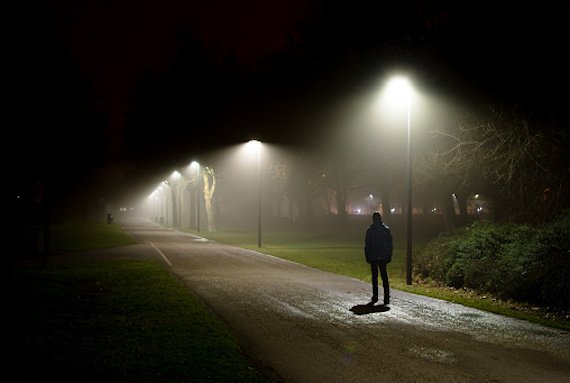 When authorities arrived on the scene it was found that along with Dale Kerstetter, a load of platinum pipe estimated to be worth around $250,000 had also mysteriously gone missing, leading to the conclusion that the missing man had simply stolen the valuable platinum and made himself scarce. A thorough search of the plant and the surrounding woods and a nearby creek turned up nothing. When police dogs were brought in, they traced Kerstetter’s movements to the 2nd floor and right up to the door of the large glass furnace where the piping had been stored, a place he had no business being as it had not been part of his security route, further incriminating him in a possible heist, but there was no scent trail leading away. This idea that he may have pulled off a heist did not sit well with his co-workers, who insisted that Dale was an honest, hard-worker and loving family man who would not have stolen the platinum and then abandon his family. Authorities were puzzled. Had this man been the victim of a robbery or kidnapping, or had he pulled off the platinum heist himself?

Things got interesting when the police turned their attention to the plant’s surveillance camera footage, which would only serve to further baffle authorities. In the footage, an unknown masked man can be seen entering the plant from a back entrance, and the unidentified individual is later seen talking with Kerstetter, after which the two make their way through the plant to where the platinum was kept. They both seem to be acting pretty casually, and at one point in the footage, Dale looks up directly into the camera for a time, but police could not tell if he was signaling for help or not. Nothing in the footage indicates whether Dale was being forced along by the masked man or if they were conspiring together. It is difficult to tell if Kerstetter is under duress or not, although the plant manager has made it clear that he thinks the look into the camera was in fact a way to taunt them, saying of the spooky footage:

The first thing I saw was a masked man in the back of the plant in the one area. When I saw the masked man on the tape, I was very alarmed. At first I thought… there’s been some foul play, Dale’s involved in foul play, and he probably is missing. And then Dale Kerstetter came back and met this masked person in the back of the plant. I had a very empty feeling in my stomach. I said, ‘What on earth?’ And then, as I continued to review the tapes, I saw the masked person come back out and go up to the tank area, then I was extremely anxious because at that time I realized that not only do we have a missing employee… there was a good possibility that we had missing platinum in the plant. Whoever removed the platinum from the tank was extremely familiar with the plant, everything in the plant–they knew exactly where to go. I think the fact that he did everything in front of the cameras was once again just Dale Kerstetter saying to us, ‘Look, hey, here I am. I’m taking your platinum and there isn’t a thing you can do about it.’ 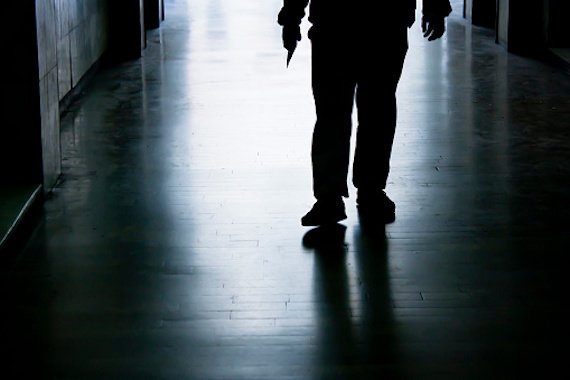 The masked man can then be seen cutting at the piping and later leaving while carting off a large, unwieldy bag, which could contain the platinum or possibly even Dale’s body. Dale Kerstetter was not seen on the footage to leave the plant at any point and there is no hint in the footage of what became of him. A lot of speculation raged at the time. The intruder seemed to know exactly where to go and navigate the plant with ease even late at night in low lighting conditions, so was he an employee as well or had he been taught the layout? Had Kerstetter been in on the robbery and working together with the masked intruder? Had he been forced to hand over the platinum and then been kidnapped and possibly killed and disposed of? If so, why isn't there any footage of something like that and where did the body go? No one knew for sure. Investigators soon found that Kerstetter had been in some amount of debt, to the tune of around $30,000 or possibly $40,000, further bolstering the idea that he may have been in on it, but once again family members and friends dismiss this sinister possibility, pointing out what an honest, loving person he was. Dales’s daughter, Wendy Kerstetter, has always adamantly denied her father’s willing involvement in any sort of crime, and has said:

If he had planned on taking off anywhere, why would he bother packing a lunch? I mean, just little things like that. And a whole carton of cigarettes, and he smoked all the time. I mean, he would’ve taken his cigarettes. Also he had six kids, two grandkids. And to do something like that and take off, and not call any of them–you know, just take off and never talk to your kids again? I just… can’t believe it.

His family believe that Dale had heard something and gone to investigate, after which the masked man had taken him hostage and coerced him into bringing him to the platinum, after which he was killed, but there is no way to really know and no real evidence of this. Making it weirder is that although Dale is never seen on camera leaving the site and his body was never found, there were several alleged sightings of him around Bradford in the days after the vanishing but these could not be confirmed. Several potential leads were pursued, including a friend of Dale’s who had mysteriously come into a lot of money, a co-worker who had been fired one month before the vanishing for stealing things from work, and a friend of Dale’s named Ollie, who one co-worker claimed had been talking about pulling off a platinum heist, but there was no evidence to make anything stick.

Whether Dale Kerstetter was the victim of a robbery or a participant, the fact remains that he has not been seen since, he remains missing, and all we have to go on is that piece of creepy footage. In 2014 he was declared legally dead, but without a body ever showing up it is impossible to be sure. There have never been any solid suspects or leads in the case, no trace of Dale has ever been found, no sign of where he went after that eerie footage, and it will probably forever remain an inexplicable unsolved mystery.

UFOs and the “British Bigfoot” – Mystery and Controversy