Parents generally want their children attending college to major in a field that will pay well and not embarrass their friends when they get together and discuss what their kids are up to. If you’re one of those parents, what would you say if they came home and announced their chosen field of study is Unidentified Aerial Phenomena? Would you fling something unidentified aerially at the wall? Well, get ready – a school in Germany has become the first high-profile western university to recognize UAPs as a legitimate field of academic research. Can you get tickets to the graduation ceremony for ETs? 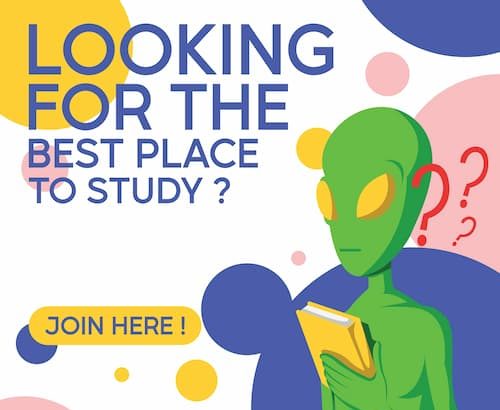 If it helps convince your parents you’re serious about studying UFOs, the press release states the coursework is part of the math and computer science departments at Julius Maximilian University of Würzburg. Founded in 1402, it’s one of the oldest institutions of higher learning in Germany and the source of over a dozen Nobel prize winners in the sciences. Will there be a Nobel someday for Unidentified Aerial Phenomena?

“IFEX members develop technologies to explore space, objects in our solar system, stars and galaxies. They also keep an eye on signs of extraterrestrial life and extraterrestrial intelligence.”

Julius Maximilian University has an excellent reputation and will provide students with access to the Max Planck Society, the German Aerospace Center, the Federal Aviation Office and the German weather service for their studies. While he doesn’t have a Nobel (yet), the chairman of IFEX is Hakan Kayal, a professor of aerospace engineering and space technology who was in the news recently for demonstrating his new SkyCAM-5 camera system installed on the roof of a university building which uses artificial intelligence to search for and photograph UFOs and weed out non-UFOs.

“The step of including the UAP/UFO topic into the research canon of a German university or academic-scientific institution represents a paradigm shift in the previous handling of these phenomena - not only in Germany but worldwide.”

A number of schools have included information on UAPs and the search for extraterrestrial life in individual classes, usually in the fields of astronomy or astrobiology, but none has a complete program. Is it because there is little demand? That may be changing in the growing increase in interest generated by the establishment of new government programs in the U.S. to track UFOs and the acceptance of the subject by the mainstream media. The main resistance is more likely to come from scientists, as a spokesperson for the Max Planck Society explained.

“(This field is) not a topic for basic research."

In response to the announcement of IFEX, the German Aerospace Center (the country’s national center for aerospace, energy and transportation research) said "there is no need to undertake such (research) activities."

What would your parents think? What would YOU think if your child wanted to pursue studies in Unidentified Aerial Phenomena? Would you check to see how much Giorgio A. Tsoukalos makes? ($4 million per year.)

Half-Human? Half-Monster? A Texan Creature That Has Become Legendary