Women in Black: A History of the Mystery

A couple of days ago, I shared with you a very eerie case - from the 1950s - of a Woman in Black and an Alien Big Cat. I thought that, today, I would expand on this eerie issue of the WIB and share with you what the Women in Black phenomenon is really like. Within the world of UFO research, the Men in Black are about as legendary as they are feared. These pale-faced, ghoulish entities have for decades terrorized into silence both witnesses to, and researchers of, UFO encounters. Theories for who or what the MIB might be are legion. They include: extraterrestrials, government agents, demonic creatures, vampires, time-travelers from the future, and inter-dimensional beings from realms that co-exist with ours. There may very well be more than one explanation for the unsettling phenomenon. While much has been written on the sinister and occasionally deadly actions of the MIB, very little has been penned on the subject of their equally bone-chilling companions: the Women in Black. Make no mistake: the WIB are all too real. And they are as ominous, predatory and dangerous as their male counterparts. In the same way that the Men in Black don't always wear black, but sometimes wear military uniforms or specifically beige-colored outfits, so do the WIB, who are also quite partial to white costumes. In that sense, "WIB" is, just like "MIB," a term that is somewhat flexible in terms of actual nature and description. 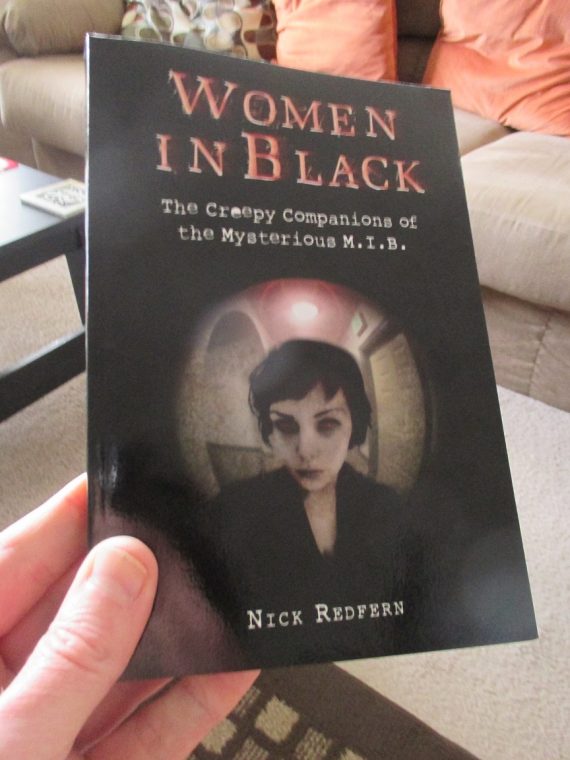 (Nick Redfern) The creepy companions of the Men in Black

The WIB may not have achieved the iconic status of the MIB – until now - but these fearsome females, and their collective role in silencing those that immerse themselves in the UFO puzzle, as well as in the domains of the occult and the world of the paranormal, are all too terrifyingly real. Not only that: the WIB have a long and twisted history.  Years before they plagued and tormented flying saucer seekers, the Women in Black roamed the landscape by night, stealing babies and young children, and plaguing the good folk of 19th century United States and United Kingdom. They were also up to their infernal tricks in the 1920s. A definitive WIB surfaced in nothing less than a piece of publicity-based footage for a Charlie Chaplin movie, The Circus, which was made in 1928. The footage, undeniably genuine and shown not to have been tampered with, reveals what appears to be an old, short lady, wearing a long black coat and a black hat pulled low over her face, while walking through Los Angeles in west coast heat. If that was not strange enough, she is clearly holding to her ear what appears to be a cellphone and is talking into it as she walks. Weirder still, the Woman in Black sports an enormous pair of black shoes, which look most out of place, given her short stature. She also seems to be taking careful steps to avoid her face being seen clearly. Might she have been some kind of time-traveling Woman in Black, working hard – but spectacularly failing – to blend in with the people of Los Angeles, all those years ago?

Fifteen years later, a terrifying WIB haunted the Bender family of Bridgeport, Connecticut. It so happens that a certain Albert Bender, of that very clan began the Men in Black mystery. In the early 1950s, Bender, after establishing the International Flying Saucer Bureau, was visited and threatened with nothing less than death by a trio of pale, skinny, fedora-wearing MIB. They were visits which firmly set the scene for the decades of MIB-themed horror and mayhem that followed. Bender’s visitors were not secret-agents of government, however. He said they materialized in his bedroom – a converted attic in a creepy old house of Psycho proportions - amid an overpowering stench of sulfur. They were shadowy beings with demon-like, glowing eyes. We surely cannot blame the CIA, the FBI, or even the all-powerful NSA, for that! In 1956, UFO sleuth Gray Barker penned a book on Bender’s confrontations with the Men in Black. It was titled They Knew Too Much About Flying Saucers and became a classic. Six years later, Bender penned his very own book on his encounters with the MIB: Flying Saucers and the Three Men. It was these two books that brought the MIB into the minds and homes of flying saucer enthusiasts across the world. After which, Bender dropped each and every one of his ties to Ufology. He was careful to avoid speaking about the subject ever again, and, thereon, focused his time on running the appreciation-society of composer Max Steiner.

Back in the 1930s, however, the Bender family had a black-garbed woman in its midst that tormented both young and old in the dead of night. Predating Albert Bender’s own experience with the MIB by years, the hideous silencer in black haunted the Benders near-endlessly. For the Bender family, long before the MIB there was a Woman in Black. In the 1960s, the emotionless, evil-eyed WIB turned up in the small, doom-filled town of Point Pleasant, West Virginia. And right around the time that sightings of the legendary flying monster known as Mothman were at their height. Claiming to be "census-takers," these pale-faced, staring-eyed WIB practically forced their way into the homes of frightened witnesses to Mothman. What began as seemingly normal questions about the number of people in the house, of the average income of the family, and of the number of rooms in the relevant property, soon mutated into something much stranger: persistent and intrusive questions about strange dreams, about unusual telephone interference, and about beliefs regarding the world of all-things of a paranormal nature soon followed.

One of the WIB that put in an appearance at Point Pleasant claimed to have been the secretary of acclaimed author on all-things paranormal, John Keel, author of The Mothman Prophecies. Just like her male counterparts, she turned up on doorsteps late at night, waiting to be invited in, before grilling mystified and scared souls about their UFO and Mothman encounters. Then vanishing into the night after carefully instilling feelings of distinct fear in the interviewees. Only when dozens of such stories got back to Keel did he realize the sheer, incredible, scale of the dark ruse that was afoot. Keel had to break the unsettling news to each and every one of the frightened souls who contacted him: "I have no secretary." In the 1970s, wig-wearing and anemic-looking WIB made life hell for more than a few people who were unfortunate enough to cross their paths. Something similar occurred in England, Scotland, and Ireland during the 1980s: a weird wave of encounters with “phantom social workers” hit the UK. They were out of the blue encounters that eerily paralleled the incidents involving WIB-based “census-takers” that manifested in West Virginia back in the 1960s.

In early 1987, Bruce Lee, a book-editor for Morrow, had an experience with a WIB-type character in an uptown New York bookstore. Lee’s attention to the curious woman – short, wrapped in a wool hat and a long scarf, and wearing large black sunglasses behind which could be seen huge, "mad dog" eyes – was prompted by something strange and synchronistic. She and her odd partner were speed-reading the pages of the then-newly-published UFO-themed book, Communion, by Whitley Strieber. It was a book published by the very company Lee was working for. Lee quickly exited the store, shaken to the core by the appearance and hostile air that the peculiar pair oozed in his presence. Both 2012 and 2014 saw incredible and frightening encounters with the Women in Black across the United States. And, as you will now learn, the above-accounts amount to the mere tip of what is a gigantic, much under-appreciated iceberg. When paranormal activity occurs, when UFOs intrude upon the lives of petrified people, and when researchers of all things paranormal get too close to the truth for their own good, the WIB are ready to strike. They dwell within darkness, they surface when the landscape is black and shadowy, and they spread terror and negativity wherever they walk. Or, on occasion, silently glide. They are the Women in Black. Fear them. Keep away from them. And never, ever, let them in the house. 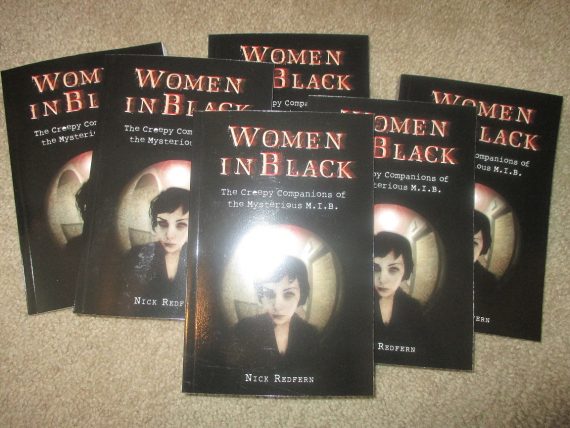