Many people pay attention to the predictions of psychics – at least at the beginning of a new year and whether the psychics have been accurate in the past or not. Perhaps it’s time to start listening to the predictions of Buddhist extraterrestrials communicating with humans on a mountain in Thailand. Why? Back in 2019, they predicted that World War III will start by 2022. Did they say anything about how it will end?

“The aliens we contacted are from Pluto and a planet outside of our solar system called Logu Kata Paka Tigong. They have high virtues and morals. The only way to make contact with them is to practise dhamma to the highest levels.” 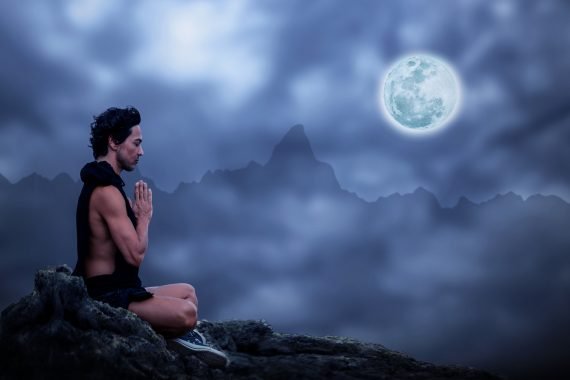 In August 2019, Khao Kala hill in the central Thailand town of Nakhon Sawan -- which translates to “City of Heaven” – made worldwide mainstream news when police stormed it under suspicious circumstances because UFO and ET believers were meeting there to meditate and communicate with Plutonians and beings from Logu or Loku. Wassana Chuensamnaun, daughter of Cherd Chuensamnuan, the first person to encounter the aliens in 1997, was running the telepathic meetings – Plutonians do not have a physical body and are composed of energy, but the reclusive inhabitants of Logu Kata are “slender, little, silvery humanoids” with advanced technologies. While the hill is being promoted as a tourist attraction – Thailand’s Area 51 – locals aren’t too happy about the crowds and especially about UFO believers discussing World War III.

“There will be a Third World War in the next five years because Trump is president. This will be true, because they told me that Bangkok would flood back in 1997.”

Contactee and Harvard-trained doctor Dephanom Muangman revealed in 2017 that one of the ETs gave him this message, and at the 2019 meeting Wassana Chuensamnaun said the Plutonians were becoming concerned about an upcoming nuclear holocaust.

“The Plutonians worry about the amount of destructive things that are happening on Earth, wars, environmental problems. All of this has a great impact on our planet. They also want to give some people the opportunity to chat with them to get to know them better. And if people were ever destroyed in a nuclear war, aliens can help survivors restore human civilization. "

If they’re so advanced and they care so much about humans, why don’t they prevent the nuclear holocaust?

"Recently, the aliens told humans that the third world war would start in 2022, but that they would try in every way not to make this conflict that would lead to total destruction."

Well, that’s somewhat nice of them. While the location is a well-known Buddhist meditation center, it’s also known as a UFO hotspot. The website segnidalcielo.it reports that many residents come to Khao Kala Hill annually to see UFOs while meditating under a giant Buddha statue standing under the statue of a seven-headed serpent (photos here). Many believe the hill is a portal or stargate and that’s how the Plutonians and visitors from Loku travel to Earth.

Should we believe the believers of these Plutonians and Loku-ites who warn that a third world war -- possibly the conflict already underway between Russia and Ukraine – will occur in 2022 and spawn a nuclear holocaust? Are they any more believable – or more accurate – than psychic spoon benders?

How about cable news commentators?

At this point, it can’t hurt.

The Most Famous UFO Case Ever (Roswell, of course) Was Not A UFO Event, At All