Believe it or not, not every searcher for a lost underwater city is looking for Atlantis. George Gelé has been seeking what was once a major city 12,000 years ago in the Gulf of Mexico off the coast of the state of Louisiana. He claims his 50-year search has resulted in sonar images of buildings and a pyramid, and he has witnesses who claim they’ve experienced strange electrical anomalies in the area. Needless to say, Gelé has his doubters. What exactly does he think he’s found and what is his evidence? 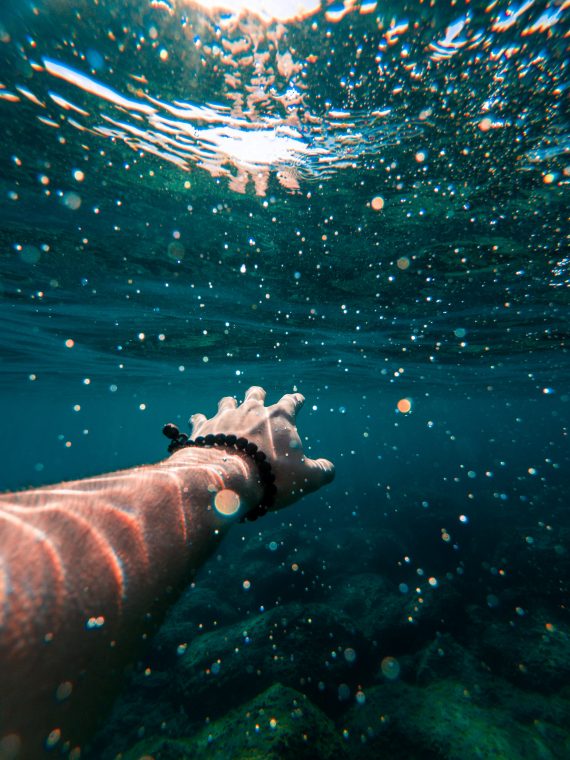 “What’s down there are hundreds of buildings that are covered with sand and silt and that are geographically related to the Great Pyramid at Giza. Somebody floated a billion stones down the Mississippi River and assembled them outside what would later become New Orleans.”

In an interview with WWL-TV, Gelé claimed he has located large underwater granite mounds near the Chandeleur Islands that were once the site of a lost city he calls “Crecsentis.” The Chandeleur Islands are a chain of uninhabited barrier islands east of New Orleans in the Gulf of Mexico that form the Chandeleur Sound. The islands were in the news a number of times recently – they were partially destroyed in 2005 by Hurricane Katrina, and in 2010 hundreds of miles of the Chandeleur Sound's coastline marshes were destroyed by the Deep Horizon oil spill. Neither of those deterred Gelé in his search for “Crecsentis.”

“What’s important is to figure out what’s there because whatever it is, it belongs to the people of Louisiana.”

There is a consensus that there is indeed something big and made of granite in the Gulf off the coast of St. Bernard Parish. Gelé began looking for it after studying architecture at Louisiana State University and archeology on a student trip to Mexico. Since 1976, he has made 44 trips to the site that is well known to Isleño (descendants of Canary Islanders) fishermen and other boaters. He’s measured the largest pyramidal part (200 feet by 700 feet by 280 feet tall) and compares it to the Superdome in New Orleans. On diving expeditions, he’s brought up old pieces of building material, but local fisherman have netted pieces of granite which are not from Louisiana.

“Everything will go out on your boat, all your electronics. Like as if you were in the Bermuda Triangle. That’s exactly what we got here.”

Local shrimper Ricky Robin told the Sun he’s taken Gelé to the spot where his electronics go haywire – the same spot where granite is found. Gelé claims he’s taken sonar images at the spot that show the pyramid and remains of large buildings. While he’s open to suggestions about the rubble piled on top of the pyramid, he seems committed to the pyramid being from a 12,000-year-old civilization predating the Maya, Inca, and Aztecs. While he doesn’t say how, he claims “Crecsentis” could be linked to those civilizations.

This mysterious rock mound in the Gulf is known to archeologists – a study by Texas A&M in the late 1980s concluded it’s a pile of shipwrecks or ballast stones dumped by Spanish or French boats. vessels. Gelé has had permission to dive to the spot since 2011 but hasn’t returned with any solid evidence of “Crecsentis.” Nor have the electrical anomalies claimed by Robin been confirmed by anyone else. Obviously, it hasn’t discouraged Gelé, but it has drained his finances and the state of Louisiana, while interested in what he finds, isn’t interested in kicking in any cash.

Is George Gelé chasing a real Gulf of Mexico Atlantis or just a pile of rocks? The Gulf holds many mysteries but is controlled by the oil industry. The only thing they can’t control is hurricanes. Perhaps one will help Gelé find “Crecsentis” … or prove him wrong.

The Mysterious Apes and Monkeys of Puerto Rico: When Nature Gives Us Big Surprises