Mention “false flag,” “aliens” and “UFOs” in a sentence and most people are reminded of Project Blue Beam -- the infamous conspiracy theory of Serge Monast in the early 1990s warning that NASA was working with the United Nations to establish a New Age religion with the Antichrist at its head and start a New World Order by creating giant holograms to fool the public. However, when retired FBI agent John DeSouza uses those terms, he’s referring to the Tic Tac UFOs encountered by the U.S. military and his alleged inside knowledge that their sightings will increase under a fake alien invasion scenario to scare the world. Is this scenario for real?

John DeSouza is in the news this week because of his interview with Michael Salla, founder of Exopolitics.org, who was also in the news this week with his ‘revelation’ that Vladimir Putin invaded Ukraine to gain possession of an “ancient space ark” which the world would see flying soon – and this is just one of two in Russia’s possession and there are more managed by the U.S. and China as well as on the Moon and Mars. In his quest to reveal what’s ‘really’ going on in the world of UFOs, extraterrestrials and world politics, Salla interviewed DeSouza – whose bio says he’s a “FBI Special Agent (RET.) Investigator for 25 years and collector of the real life "X-Files." He is also the author of three books on paranormal subjects.

“They may not be killing people yet, but they will be doing things to disable ships, disable vessels, actually have real physical confrontation.”

Physical confrontations, disabling civilian ships but no killing … “yet.” Why will this happen?

“Because at this point they need to ratchet up the fear more than what it’s been. It can’t just be this – oh, the Tic Tacs appeared and they zipped around and then they disappeared. They’re gonna need to kick that up a level.”

Since DeSouza worked for the U.S. FBI, we can assume the “they” in his scenario refers to the U.S. government. Why would our government or any other governments attack their own civilians under the guise of an extraterrestrial attack? Salla himself brings up Project Blue Beam, which Monast linked to NASA and the UN. Taking advantage of his platform, DeSouza seemed to try to get everything he knows into the interview – the Men in Black, the Moon being an artificial structure, motherships or alien arks. 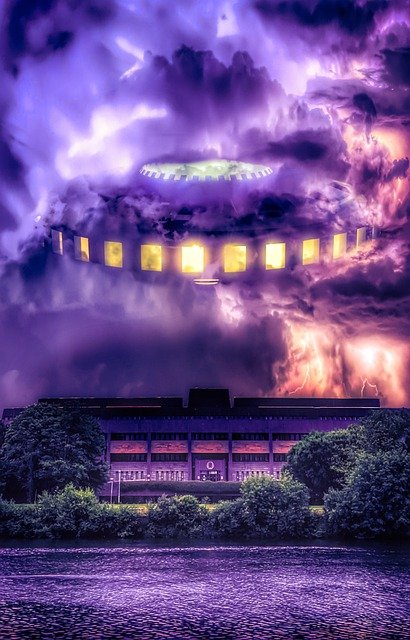 “My calling is to show people they already have what they need to ascend. The first and greatest lie has been exploded: that this material façade is all there is. Next we must awaken to our own supernatural abilities. These abilities must then be joined to faith and belief. Faith and supernatural abilities will then determine everything in life and beyond.”

While he’s often billed as the “real” X-man, DeSouza seems to live on the pseudo-religious side of UFOs and aliens than the physical evidence side. While he talks about frauds and fakes, he doesn’t (at least in this interview) present any evidence to back up his claims. Without that, it’s hard to determine who is waving the false flag.

Hunting For America’s Dead Aliens…If They Ever Existed