High Speed Rail Construction in England Could Cause Rise in Ghosts

When a house or building suddenly becomes mysteriously haunted and gives no history that could have caused the spirits, good ghost investigators look deeper … deeper underground. Is the building built over a hidden cemetery or battle ground? Just ask anyone in the U.S. whose house was built over Native American graves by unscrupulous or unknowing construction workers. In England, where one can’t throw a stone without hitting a haunted building, a paranormal investigator warns that the construction of the HS2 (High Speed 2) high-speed railway line is in danger of releasing the ghosts of ancient Romans from unknown tombs all along the route. Can one be a ghostbuster while wearing a hardhat and reflective vest?

“With the building of the HS2 network, the tracks could go through land where bodies are buried and not necessarily known to all involved. If this is the case then the spirits of the deceased could be woken or disrupted and would not be too happy.”

Miki York is the co-owner of UK-Haunted Productions and was a paranormal expert on Celebrity Haunted Hotel. He’s now very concerned about disturbing the peace dead Romans with the tunnel-boring equipment of one of the largest construction projects in UK history. It has already happened officially – last month, a graveyard was found in Aylesbury in central England with remains of 40 decapitated Romans, some with their heads placed between their legs as in vampire burials. One can only speculate how many similar ancient graves may have been disturbed unofficially.

“Any disruption of the land where the bodies are buried then could lead to an increase of strange activity in that area. Atmospheric changes in the close area are more likely to happen rather than Julius Caesar and his Roman soldiers being seen.”

In the Daily Star, York likens it to what happens in old haunted homes or pubs that are remodeled – the ghosts don’t like change and begin causing problems. The boring equipment may not have to plow through graves to disturb the dead – nearby vibrations or shifting of soil could be enough. While remains are always a sure sign, there can often be other hints of ancient remains being nearby. In August 2020, archaeologists clearing land in Hillingdon in West London for HR2 found more than 300 Iron Age 'potins' (ancient coins) dating back to the 1st century BC -- the "Hillingdon Hoard." The HS2 website acknowledges that “the potins may have been to mark the boundary of a property or as an offering the Gods – in a woodland clearing or near a sacred spring.” That’s not a good place to disturb when one is wary of ghosts. 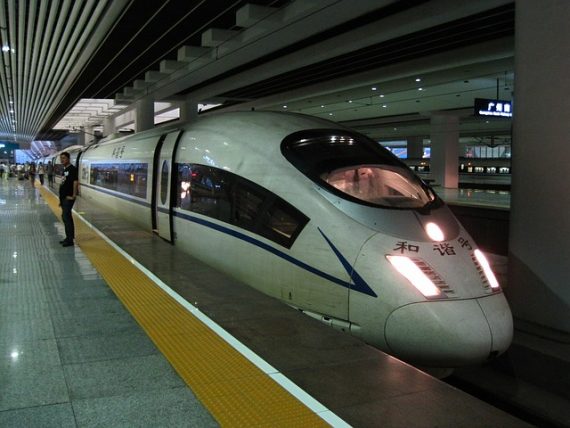 “Hoards like this are now protected by law so that they can be studied to learn more about how these early coins were used, and perhaps shed light on why they came to be hidden in a seemingly remote place.”

Protecting old coins is a noble gesture, but the owners of HS2 are looking at protecting future money and aren’t going to let the possibility of ghosts in the proximity of the rail line stop them. At least, not until the spirits try to board without a pass or refuse to ‘mind the gap’.

By then it will be too late.

Tales of Evil Imp Spirits at a Park in England