If You’re a Ufologist, There is Probably a File on You. Not the One you Might Expect, Though

In 1992, in a privately published paper titled: Have You Checked Your File Lately? the now late Robert Durant, who was a UFO researcher and pilot, discussed the theme of an all-encompassing, Government-sanctioned-and-controlled operation designed to covertly monitor the activities of the public UFO research community: "You, the reader, are among the approximately 4,000 Americans who subscribe to ufological journals or newsletters, buy UFO books through the mail, attend conferences, or spend time with others who engage in such activities. Not a large group. We are only 3% of the total number of citizens the government admits to watching with intense care. A very easy group to track. Building your file is so much easier than compiling one on a Russian spy or a Mafioso. There is a file on you at the Internal Revenue Service, the Social Security Administration, the driver’s license bureau of the state in which you are licensed, the commercial credit card companies that do business with your bank and your lenders, your doctor’s office, and so forth and so on. Is it really unreasonable to suspect that a UFO file would be created?" Durant's words are still undeniably intriguing.

As for my words, I say that it's very likely to have government agencies and employees watching us - and in a  definitive cloak-and-dagger style. I should stress, though, that most of the people who were placed under surveillance (and who may very well still be under surveillance) were watched not because of their UFO beliefs - or of their claimed UFO experiences. The reasons - as history has shown us very clearly - were for the politics of those very same ufologists - and UFO witnesses too. For example, the FBI's file on the most famous of the so-called "Contactees" of the 1950s, George Adamski, ran to in excess of - wait for it - more than three hundred pages (here's an extract from that file) That may sound impressive. I can tell you it's not. The reason why Adamski was watched so much by the U.S. government during the early Cold War was because - while lecturing - he told his followers that communism was a great thing, that the Russians were way ahead of the United States, that we should embrace the Russian way of life, and that we should...well, you've got the picture, right?

When told by his G-Men that Adamski was spreading communism, Hoover flipped out and made sure that just about every lecture Adamski ever gave onward was watched. And watched extremely carefully. Hence the reason why there was such a thick file on Adamski. Other Contactees were watched by the FBI. One was George Van Tassel. He, too, had a file that exceeded 300-pages. Altogether the number of Contactees (famous and obscure) who were put under surveillance by the FBI was fifteen. Politics, and not aliens, was what concerned the FBI. Moving on: in the early 1960s, the U.K.'s "Special Branch" - an elite government agency - investigated another George. This one was George King, of the Aetherius Society. King got into UFOs and politics. King was against "the bomb." And he didn't mind sharing his thoughts in his lectures, either. The result? I'll tell you: U.K. Intelligence opened a file on King. Just like Van Tassel and Adamski, the "King file" had nothing to do with the UFO phenomenon, at all. But, it had everything to do with politics. So, what does all of this mean? Well, I'll tell you what it means. Robert Durant was absolutely right when he said that there were more than a few people in the field of Ufology who were being watched - and being watched very closely. And, the agencies doing the spying on the Contactees were the big ones, too: the FBI and the CIA. Durant, however, had it wrong about the nature of why the surveillance was going on. The spying on the field of Ufology was because of politics, for the most part. File a request for the FBI's file on yourself. You might be surprised as to what it tells you - and why. 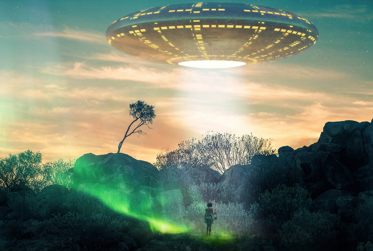 The Sinister Side of the Alien Abduction Phenomenon 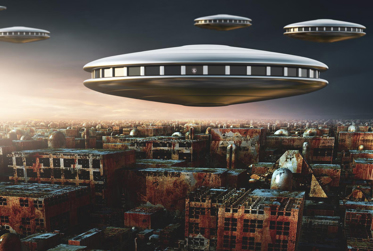 Hundreds of UFOs Seen at Japanese Hotspot in the Past Year 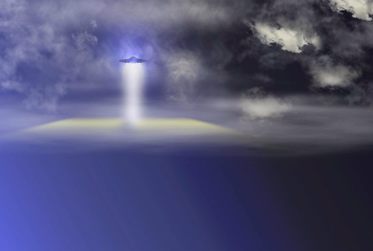