There is a lot of concern about what is going on in schools around the world, but that concern is usually about what’s being taught. That’s not the case in South Africa, where a number of high schools are suffering from a spate of apparent demonic possessions. Demons … or something else?

“I went to the toilet with two of my friends. I heard a powerful force shutting the door and got a shock and strong shivers … When I opened the door I saw a creature passing the toilet door where I was supposed to exit. I felt weak and everything went blank. Apparently my friends brought me to the staff room, where they found other children in the same condition.”

Lailas News and other media sites gave the same story about DR EP Lekhela High School, in Kimberly, South Africa. On February 23, about 18 girls began crying, screaming, and rolling on the floor after apparently seeing a “scary creature” that was making them weak and roll around. (Photos here.) The strange behavior showed up after first period and was reported in multiple classrooms. This is high school and early in the day, so the girls were checked to see if they may have all eaten or drank something – there was a rumor of something called “space cookies” but none were found. One girl reportedly needed four hours to recover from the experience, so classes were dismissed at 11 am.

“Religious leaders in Kimberley, including traditional practitioners, availed themselves for intervention measures and raised concerns that this trend of “evil spirits” is growing at schools.”

Whether it’s “evil spirits,” mass hysteria, drugs, pollution, or something else, it seems to be happening to high school girls in this area of South Africa. Lailas News reports that the same scenario played out at another high school in Galeshewe on the previous day (February 22) and two weeks before at nearby St. Boniface High School where the school also had to shut down because of it.

“He said he realized during the St Boniface incident how the children are currently lost, making way for the “devil’s activities to overpower them.””

This is starting to sound more like a cultural conflict than a case of demonic possession. The Dean of the Kimberley Diocese told reporters he wants to use this as a reason to “bring prayer back to schools.” On the other hand, the chairperson of the Lekhela High School governing body said many of the parents brought in traditional practitioners of their own religions and cultures to help their daughters.

Three high schools report dozens of cases of strange behavior resembling demonic possession among female students. “Mass hysteria” has traditionally been used as an excuse for this, but in 2022 that antiquated diagnosis  seems to be discriminatory and derogatory towards women. While the girls used the term “evil spirits,” the adults preferred “opportunistic satanic methods,” which sounds more like an objection to what’s being taught and how. 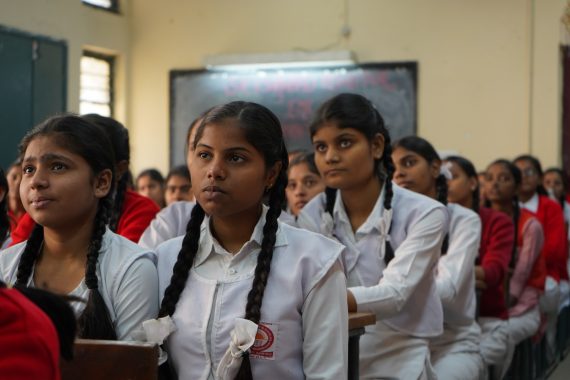 In the middle are children who just want to go to school to learn math, science and literature. That seems to be the situation in so many of these school conflicts. Who really are the “evil spirits” here?

Fierce, Flying Monsters: My Top 3 Creepy Creatures of the Skies