Mysterious Misfortune, Deaths, and the Strange Life of a Cursed Radio DJ

Some people just seem to have dark forces swirling around them. Back in 1963, Nebraska native August 'Augie” Holmquist seemed to have it made, with the whole world ahead of him and a bright future over the horizon. An intensely gifted athlete, he could play several different sports, and he played them very well. When he was in just the 9th grade at Jefferson School in Cedar Rapids he was the quarterback/linebacker on the football team, considered to be one of the best in the city at passing on offense and tackling on defense. Additionally, he was in the top 10 in scoring and rebounding in basketball, and was one of the best pitchers his baseball coach had ever seen. Holmquist was the consummate jock and one of the most promising athletes in Cedar Rapids history, and he was considered to be instrumental in making his team undefeated and conference champions. Yet dark days were ahead for this local sports star, and his life would unravel into tragedy, strange coincidences, and talk of a curse.

Despite his amazing athletic prowess and popularity in his hometown as a rising star, it seems as though Holmquist, as many high school jocks so often seem to be, was sort of a jerk. He was known for bullying and teasing weaker kids, and in particular he focused much of this on a classmate by the name of Randy Schultz, who he had allegedly been bullying and tormenting since junior high school. On Tuesday, Nov. 5, 1963, this would come back to haunt Holmquist, then 15 years old, when after a swimming class Schulz produced a .22 caliber revolver he had brought to school and shot Holmquist three times in the back in the locker room. Tragically, one of these bullets severed Holmquist's spinal cord, paralyzing from the legs down and confining him to a wheelchair for life. 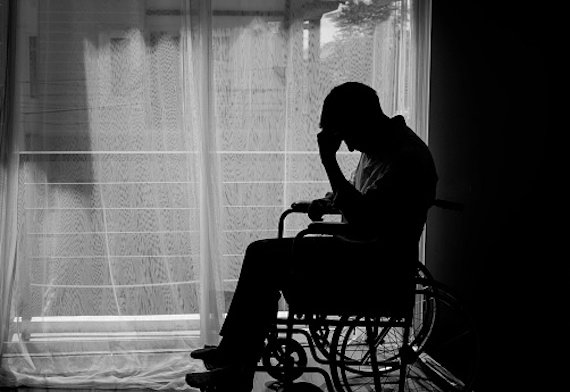 Schultz would be sent to a home for juvenile offenders in 1964, and Holmquist, his dreams of being a sports superstar dashed, would try to pick up the pieces of his life. He graduated from Jefferson in 1966 and went on to do pretty well for himself. He would graduate from broadcast school, where he was president of the student body, and eventually get a job as a sports announcer for a local radio station and become very popular as a radio disk jockey, as well as become head coach for the Mt. Mercy College men's basketball team. It seemed as if being in a wheelchair wasn’t slowing him down too much, with former Jefferson classmate David Smith saying, “Being in a wheelchair didn't take away his 'ability to have fun and be a good, contributing citizen in society. Augie was an inspiration. He stayed at it and did the best he could.” Yet things would get very strange and complicated in his life in a series of weird and grim events, coincidences, and mysterious deaths.

On April 4, 1970, Holmquist was a passenger in a friend’s Porsche 914 as they drove along the Cedar River, when they lost control and tumbled down a deep embankment. Although the driver came out of it unscathed, Holmquist had injured his right leg so badly that they had to amputate it. Even this didn’t crush his indomitable spirit, and he got a job at a state facility, helping special needs young people. Tragically, during this time he was hit with more misfortune when his wife of three years died of a rare form of cancer. In the meantime, he was seeking to file a lawsuit against the manufacturer of the car he had lost his leg in, as well as the dealership from where his friend had bought it, claiming that a faulty steering mechanism had caused them to lose control of the car. The trial went ahead, but a string of people involved with representing Holmquist seemed to have a dark cloud following them around.

The first lawyer to represent them, 49-year-old attorney Bryce Fisher, was promptly killed in a spectacular car crash near Mt. Vernon when his car overturned and flipped six times before he had barely even had time to really start the case. The next lawyer was Tom Riley, who got further along when he hired a private investigator by the name of Les Burianek to examine the wreck and model of the Porsche to determine if there had indeed been something wrong with the steering wheel or not. He would find that the model of the car had in fact been recalled due to a defect that could impair the steering mechanism, and went about filing a deposition about it. When reporters pointed out that it was strange that he was not called in as a direct witness, Burianek would jokingly say “I guess they don’t think I’ll live to see the trial.” It would prove to be a prophetic quip, as a few hours later he was dead of a heart attack.

The defense team was not having much more luck of things. Attorneys for the defense hired a former Indy 500 champ and mechanical engineer Mark Donohue to test the model of Porsche in question just as soon as he got back from racing in the Austrian Grand Prix. Donohue was seen as such a crucial expert witness that the trial was even postponed in order to wait for him to get back to the States. He never would make it to the trial, as he would have an accident during a practice session for the Grand Prix. The crash would kill a track marshall but leave Donohue seemingly uninjured. The racer would go home that evening, go to bed and never wake up, unaware of the lethal cerebral hemorrhage he had incurred in the crash. 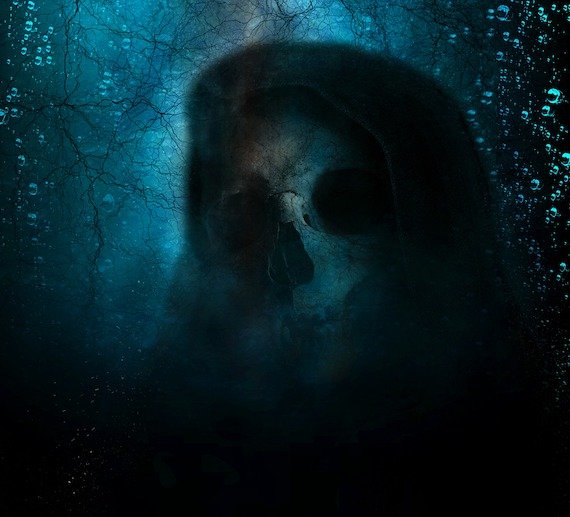 The trial went on, overshadowed by this eerie sequence of deaths, and Holmquist would eventually win the case and go on to continue his life as a popular radio DJ, hospital volunteer, as well as a coach for youth sports programs, his life of misfortune and death hovering about him seemingly gone. He would retire in 2002 and move to Florida, where he became a program director and tour guide for the Valiant Air Command War Bird Museum. He would sadly be diagnosed with cancer and pass away in 2015 at the age of 67, and throughout it all he never let his disabilities or the tragedies orbiting him slow him down. He once said of his ability to drive past adversity:

My life is on a roller-coaster. Every other day I am rocketing up to some new high or I’m on the downhill going like a bat out of hell and lovin’ it. God, family, friends and the help of many others enabled me to overcome the challenges in my life. Everyone should have to be in a wheelchair. It’s a learning experience. Without this experience, I could have never had the kind of impact on the young people I talk to, or anyone I come in contact with in my daily life. My family has never stopped supporting me, and that has made all the difference. At times I have felt like I live in this terrible fog and wondered why God has kept me alive this long. I know God was there the day I was shot, because he stopped the bullet before it hit my heart. In down times it has been my parents and brothers who are always there to pick me up.

It's hard to know just exactly what was going on in this guy's life. Was he merely unlucky? Were there forces conspiring against him in just such a way as to make life miserable for him and those around him? Were all of these deaths and freak accidents surrounding his court case just coincidence or the meddling of something else beyond what we know? Can a person really hold some sort of curse? Whatever the case may be, he was certainly brave in the face of it all, and it is certainly an odd and unsettling series of events that we may never fully understand.