No Loch Ness Monster Sightings in 2022 — Is This the End of Nessie?

At the time of this writing, there have been no sightings of the Loch Ness monster – none by onsite witnesses and none by those who watch the 24/7 webcam. That’s nearly 2-and-a-half months with no Nessie. Is this a bad sign? Has the monster/dinosaur/giant ell/Wels catfish died? Did it not wear a mask? 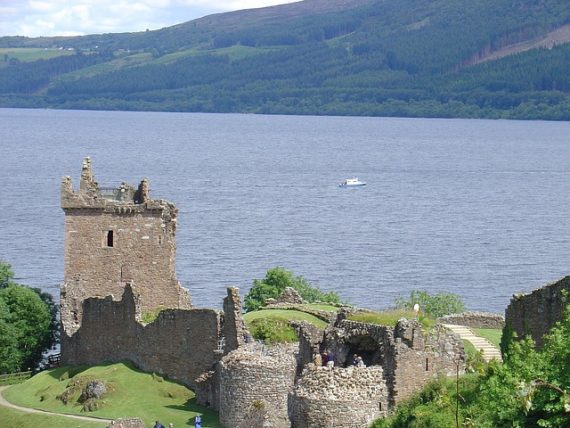 "There have been a few reports sent to us from the webcam. But we've been able to explain them."

The Daily Record went to the man who knows all about Loch Ness monster sightings - Gary Campbell, the manager of the Official Loch Ness Monster Register. Despite criticisms to the contrary, Campbell looks at all reports, photos and videos to determine if there’s another explanation for the anomaly seen by witnesses. If not, he adds it to the register, which showed 16 sightings in 2021 – 6 in person and 10 via webcam. That’s down slightly from the record-breaking total of 18 in 2019 when watching the webcam became popular. At the other end, there was only one sighting in 2013 and 2010. Going back to 1986, 1997 had 17 sightings but most years were in the single digits and none had none. Could 2022 be the first year with no sightings?

"We never know from year to year how it will go, but if tourist numbers increase as Covid abates then hopefully there will be more from people who are physically at the loch."

Campbell seems confident there will be sightings once the weather and COVID break and more tourists visit the loch again. However, that ignores all of the people at home watching the 24/7 Nessie cam. Shouldn’t the number of sightings in that mode be up? The cam has been so popular, there is talk of putting more up in other strategic locations around Loch Ness where sightings have occurred before. Campbell isn’t a fan of this idea.

"There has been a lot of discussion about this but someone would have to pay for it. There are also still broadband connectivity issues at the loch which may hinder such efforts."

In reality, he seems to not be a fan of the cam in general. He began separating cam sightings in the register in 2021, saying “it was only fair to show the reports of webcam images in a separate list from those reported by people at the loch - this we feel gives a proper feel for the global reach of the Loch Ness phenomenon.” It also puts more credence on videos and photos taken by cellphones from the shore or loch tour boats.

"This has meant that there is more and more picture/video evidence being captured which both helps with the search and also, conversely, helps give explanations for most of what people are seeing."

Campbell is a believer – he thinks it’s “an aquatic creature that doesn't need to come to the surface to breathe and it would have to be able to live in freshwater.” After 26 years of managing the register, that’s the best he can do. That also goes for Steve Feltham, the world’s most dedicated Loch Ness monster hunter who has spent 24 years in a trailer on the Loch Ness shoe without seeing the creature he fears will one day be identified as a large Wels catfish.

Is Nessie dead? Hiding? Moved on to a less busy loch? Keep your eye on the webcam.