The Bizarre Vanishing and Death of Steven Haataja

Situated among wide open prairies of far northwestern Nebraska is the town of Chadron. With just 5,000 residents, it is typically a quiet and peaceful place, where everyone seems to know each other and blessed with natural beauty and a certain small town atmosphere and charm. Nothing much happens here typically, there is practically no crime, and it is the sort of place one could drive on by without ever really thinking too much of it. However, in 2006 this slice of small town American life was rocked by a strange disappearance and mysterious death that would go on to become one of the biggest unsolved mysteries the state has ever seen.

In 2006, 46-year-old Steven Haataja was a mathematics professor at the local Chadron State College, and had just moved to the area from Spearfish, South Dakota after earning his doctorate in order to start life fresh in a new small town environment. By all accounts he was very well-liked among his peers and students, and was considered to be rather a genius in math. Haataja did not own a car, choosing to walk everywhere, despite the fact that he had suffered a broken hip in March 2005 while ice skating, and so was a common sight walking around town or on his way to the college wearing his signature fedora hat. He also never missed a day of classes, and so it was noticed when one day on December 5, 2006, he failed to show up to his class and was not seen walking around anywhere. When the following day came with still no sign of him, Haataja was considered a missing person and authorities moved in. 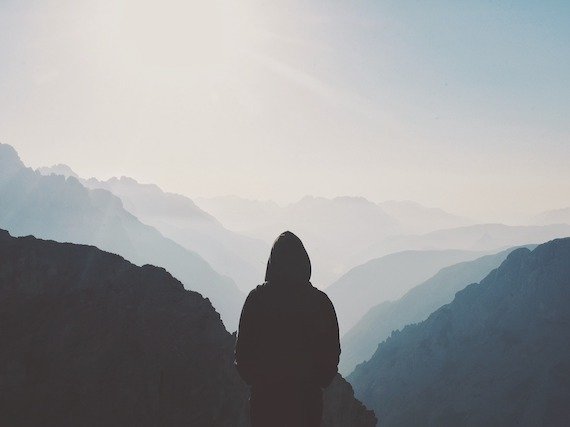 It was soon found that he was not at his home, which was in pristine condition, and had told no one of any plan to go on a trip. His friends and family could offer no insight as to where he could have possibly gone, but it was seen as rather suspicious that the normally very responsible professor would have just skipped his classes without telling anyone. Indeed, he had even made an appointment with a student for a makeup exam for that morning. Nevertheless, it was found that one hundred dollars had been withdrawn from Haataja’s account at a local bank at 8:24 p.m. the night before his disappearance, so at first authorities thought he had just gone off on an unscheduled trip, but as the days turned into weeks with no sign of the missing man, they began to turn to other scenarios. One was that he had run off to start a new life somewhere, even though there was nothing to suggest that he was going to do this, and there was also the fact that he had just arrived at Chadron 7 months prior in order to start a new life, so why would he run off like that? His closest friends and family disagreed fully with this scenario, so that left the grim possibility of foul play.

One theory that police had at first was that Haataja had been the possible victim of a hate crime. He was known for his effeminate mannerisms, and although his friends and family insisted that he was not gay, it was seen as possible that someone may have thought he was and had targeted him because of it. A more sobering thought was that there was perhaps a serial killer on the loose, which caused a minor panic in the town at the time. However, there was no evidence for any of this, and as this was going on there were a few scattered reports from people saying they had sighted the missing man. Police got so desperate for answers that they even went to a psychic, who told them that she thought he had been killed by a disgruntled student and his body then stowed in a basement. Had he run off? Had he been murdered? Had he gone off to commit suicide? It was not until months later that anyone would know what had become of him, although it would make the case even stranger and more mysterious than ever before.

On March 9, 2007, two ranchers were in the hills near the college campus tracking down a rogue bull when they came across a lone tree that had been charred by a fire. Thinking it to be odd considering nothing else in the area had been burned, they approached to find the grisly sight of a mangled body tied up to the tree right in the center of what would have been the conflagration. Police were immediately notified to find a scene as strange as it was disturbing. The body was soon identified as that of the missing Steven Haataja, horrifically burned and bound to the tree around the ankles, torso and midsection. The fire had been so intense and had raged so hot that the zippers and buttons on his clothes had been melted. Nearby were found an unidentified blob of melted plastic, an unopened plastic water bottle, the remnants of a flashlight, and a plastic Tupperware container, as well as a 375 ml. bottle of peppermint schnapps and some unburned briquettes. There were found no footprints or fingerprints found at the scene other than Haataja’s own. An autopsy on the body showed that he had died of his horrific burns and smoke inhalation, that he had been set on fire while still alive, and there was also turned up a high alcohol level in his blood. 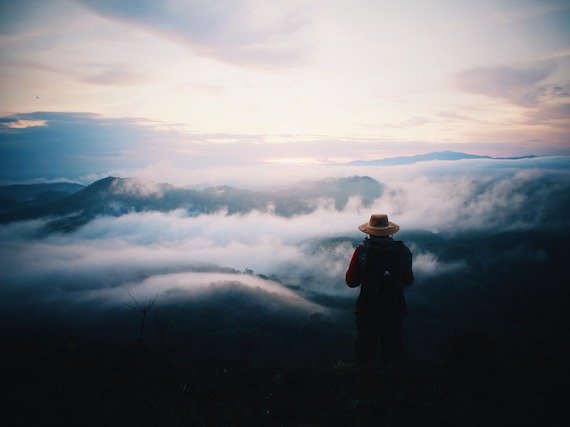 At first, authorities assumed that he had been murdered, although why anyone would want to kill him in such a brutal fashion was unknown. However, it would turn out that Haataja had struggled with depression in the past, and had even attempted suicide the previous year, and this led them to believe that he had in fact killed himself. There were numerous objections to this line of thought. Not only had there not been any sign that he had had any psychological problems immediately before his disappearance, but his fellow professors at Chadron State said their colleague was looking forward to and planning for the future. Even if he had wanted to commit suicide, then why do it in such a gruesome fashion, and there was also the fact that the area where the body was found was rough, hilly terrain, so why would he have hiked all the way out there with his bad hip just to light himself on fire? Also, how had he managed to tie himself onto that tree first? In addition to all of this, there was no suicide note found, yet despite all of this the official conclusion is that he had gone out into those hills after drinking copious amounts of alcohol, somehow bound himself to that tree, and then set himself on fire in a macabre and elaborate suicide. Not surprisingly, there were many who disagreed with this version of events.

The case to this day remains mostly categorized as a suicide, but is that what really happened here? How had a man who had trouble walking find himself all the way up in this hills to be tied up and burnt to a crisp? If this was murder, then who would have wanted to carry it out and why do it in such a grisly fashion? There have been no further answers to any of these questions, and it all remains a very bizarre unsolved mystery.