The Orang Minyak: The Oily Demon of Malaysia

Across cultures and geographical divides there have always been tales of strange entities that seem to exist in some realm between lore and reality. Often what may seem to be merely pure legend seems to sit in an area where the local people accept it as a real phenomena, to the point that it shapes their very lives and has real world effects. In such cases the line between fact and fantasy can be hard to untangle, leaving us to wonder whether there is perhaps some truth to the stories or not. One such entity supposedly lurks about in rural areas of the country of Malaysia, and is a malevolent, sinister thing that has inspired fear in the local populace for quite some time.

Originating in Malaysian folklore, the creature known as the Orang Minyak, or literally “oily man,” is like something out of a surreal nightmare. The entity typically appears as a muscular man, always a man, naked or wearing only underwear, and with yellow, gold, red or stark black eyes and skin covered with a thick, black oil that doesn’t drip and which is secreted from the skin itself rather than applied. This oil not only allows the creature to blend into the night, but also to evade being captured, as it is said to be impossible to grab and hold onto one. The Orang Minyak is said to have all sorts of supernatural powers, such as the ability to hypnotize people or psychically paralyze them, turn invisible, teleport, and mute people’s voices. They are also supposedly able to crawl up walls like an insect and are endowed with superhuman strength and speed.

These are all useful powers to have for the creatures, since their most notorious feature is that they purportedly roam about the countryside and villages looking for young virgins to rape, something it is said they must do and that they are powerless to resist the urge to do so, making them in a sense very similar to a kind of sexual vampire called an incubus. These entities are typically said to be supernatural spirits that are conjured up by powerful shamans or witch doctors in order to carry out malevolent errands for their masters, although some other traditions say that they are men who became twisted through sexual depravity and turned into demons, or those who have struck a deal with dark forces to win back the affection of a lost love. In still other versions they are sorcerers who intentionally used black magic to turn into one of the beasts. No matter what their true origin is, it is said that as their lust and thirst for sexual gratification grows, they graduate from virgins and pretty soon no one is safe from their depraved hunt. 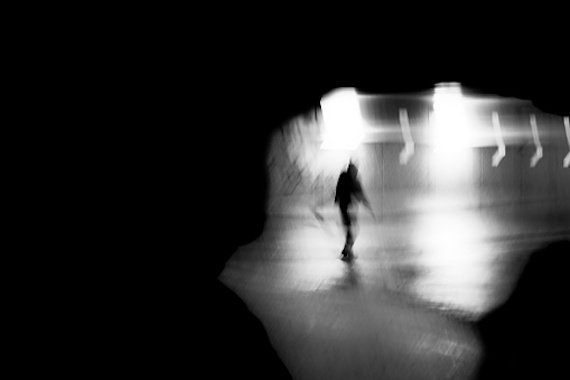 Once an Orang Minyak is on the loose, there are several ways it has traditionally been dealt with. One is for virgins to wear sweaty clothes to give the illusion that they have just been with a man, or to leave a pile of unwashed male clothing close to the bed to act as a sort of barrier. There are also various charms and amulets said to ward the entities off, and one popular way is to cover one’s left thumb with a magically blessed cloth called a batik. Some people simply board up their doors and windows, burn incense, bless the house with a prayer, or all of the above. A Malay spirit medium that the locals know as a bomoh can also be employed to carry out a ritual or exorcism, and these can be rather elaborate, expensive affairs that may not even work if the bomoh is not powerful enough. One account of such an Orang Minyak exorcism comes from A. Jessie Michael, a retired Associate Professor of English from Malaysia, who writes of it on the Borderless Journal as follows:

The bomoh arrived from across the state border with his paraphernalia of keris (dagger), frankincense, pots, roots, oils and herbs. The village women sourced flowers and limes to make large pots of infusions. The main ceremony began at the village hall where the bomoh lit a small bonfire in a pot, fuelled with the herbal leaves and roots. He held a silver keris hanging on a chain over the flames and declared that the swing of the keris indicated the presence of an evil spirit lurking in the village. Someone had sent this entity from the nether world and it was unlikely to leave until it had claimed its prey of seven virgins to satiate its lust if the exorcism was not performed. The bomoh threw incense into the flames and a great cloud of smoke enveloped him and most of the room. While the smoke billowed and the attendees choked on the pungent odour of the incense, he muttered incantations and occasionally gave an almighty shout, commanding the evil spirit to leave the village.

The exorcism in the hall lasted an hour, ending with the medicine man sprinkling water infused with flowers and cut lime and into which he had blown and spat vehemently. No corner of the hall was spared. A similar but shorter, smoky ceremony was enacted at every house after which the occupants were instructed to bathe in the flower and lime infusion which they had prepared and into which the Bomoh had blown spells. Unmarried girls and women were given amulets to wear around their necks to ward off all harm. The following day all the public buildings were exorcised – the school, clinic, the police station, and as an extra precaution, the little mosque too. The villagers gathered at every building, the older ones, nostalgic for the practices of their forefathers and fearful of missing out on something, the younger ones fascinated by these old rituals they never knew existed in their culture. It was quite a spectacular performance at each stop. When it was all over, the bomoh was gratefully sent off with his tools and stash of cash. The villagers finally breathed in relief. The exorcism gave the village two weeks of peace. Then the bold, daring, greasy phenomenon struck again in the dark.

Although this sounds as if it must all surely be nothing more than spooky myths and superstition, the people in these afflicted areas truly believe that these creatures are real, and there are regularly reports of encounters in Malaysian news publications. In one report, the Malaysian town of Kampung Laksamana was supposedly terrorized by not one, but two Orang Minyak in 2012, and one witness would say:

One is tall, stocky and bald while the other is thin and curly haired. I saw the bald orang minyak hiding behind the water tank of a house at about two in the morning. It was breathing really loudly, like a cow. It was black and shiny. When I shone my light on it, the thing stuck out its head to look back at me. It was crawling up the stairs of the house, just like Spiderman. When it reached the top it suddenly jumped onto the roof. I don't think a human could do that. It then just disappeared. The hair on my hands just stood up. We can laugh and joke about it, but this is serious. All the families here have young girls. 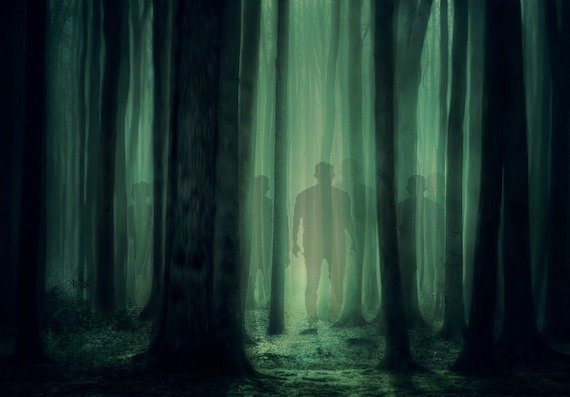 Other reports are even more frightening, with women describing being attacked by the beasts. One such report from the Borderless Journal reads:

That night Muna felt a slimy hand smelling of car engine oil trying to smother her. She could not scream but her hand clutching the knife obeyed her father instructions. She swung the knife hard against the thing’s back and it yelped. Her scream had her father out, swinging the pounding stick but he hit only air. The thing was gone. He rushed out and could not spot anything. The moon was shining full and looking up he saw, silhouetted against the silver orb, a black dog flying. “Allahu Akbar,” he muttered repeatedly. The neighbours were alerted and they came with their lanterns. They could only see the gap on the floor of the raised house where the Orang Minyak had removed a plank, and traces of blood on the knife, nothing else.

With terror fueled by accounts such as these, mass panic often spreads through the region, to the point that villagers often take matters into their own hands, believing that police are not doing enough to protect them. It is not uncommon for bloodthirsty mobs of armed people to take to the streets looking for the Orang Minyak, which sometimes ends violently when there is a case of mistaken identity, with people having been killed after being taken for one of the supernatural prowlers. We are left to wonder if this is just some kind of mass hysteria propelled by superstition, lore, and the imagination, or is there perhaps something more to it?  If this is all real in any sense then what are we dealing with? Is it some sort of spirit, an unidentified creature of some sort, or just simply perverts slathered up in black goop? Whatever the case may be, the tales of the Orang Minyak have featured persistently in Malaysian lore and among paranormal circles, the people of these regions believe they are real, and whether they really are or not, they remain a very creepy addition to the world of the weird.