Cryptozoology has over the years drawn to it plenty of people who are willing to deceive and muddy the waters for those seeking true answers. From fake photos to straight up made up accounts there are always those willing to sabotage the work of those out there looking for real answers. There have even been whole fake cryptids that have sprung up to make the rounds, and there are some cryptid hoaxes that have become so ingrained into the literature and so widely reported and accepted as actual phenomena within the field that they have come to be established, genuine mystery monsters that many people still believe are possibly real, despite the reality being quite to the contrary. One little known and widely perpetuated hoax that has often been talked about as a “real cryptid” is that of the infamous Ozark Howler of Arkansas, Missouri, and other adjacent states, primarily within the Ozark Mountains. The Ozark Howler is said to be a large, bear-sized cat-like creature with a thick, stocky body, shaggy black hair, a long tail, red glowing eyes, wicked claws, and horns on its head, with its alleged unearthly wails accounting for its “howler” moniker. Stories of people out in the wilds running into this strange beast have been circulating for years, yet unfortunately it is all a part of a particularly well-crafted, complex and ingenious hoax.

One of the driving forces behind uncovering the real story behind the Ozark Howler was renowned cryptozoologist Loren Coleman, who did a great amount of research hunting down the origins of this hoax. Coleman found that the origins of the Ozark Howler hoax can be traced back to a few Internet stories about this creature that began circulating on the web in 1998. By all accounts, these articles seemed genuine, with great, convincing detail put into the lore and legends of the creatures in Arkansas in the past century and seemingly legit sounding sightings both modern and historical. From there, stories of the Ozark Howler began popping up all over the Internet, and whole sites, as well as alleged “research groups” dedicated to studying the phenomenon were sprouting up left and right, such as a group calling itself the “Ozark Howler Researcher Group,” with its stated goal of being “dedicated to the comprehensive evaluation of existing evidence and exploration for new evidence of the Howler.” All of this was a surprise to actual cryptozoologists, because most of them, even the biggest names in the field, had never heard of such a creature before. 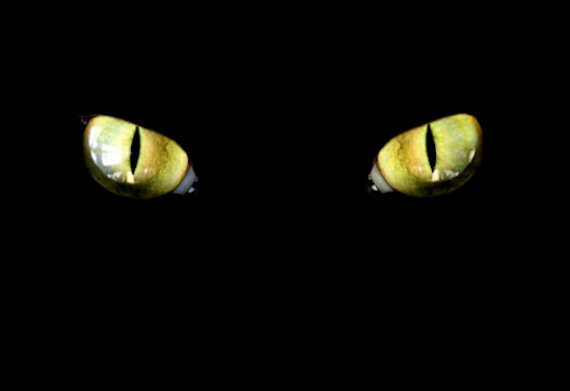 Before long, cryptozoologists were being deluged with supposedly “real” sightings accounts of the Ozark Howler dating back years, which for the most part were very convincing and did not sound like they were any different from any other eyewitness report of a cryptid. Yet despite these seemingly genuine reports and legit sounding research organizations, cryptozoologists were suspicious, and there were a fair number of them, such as cryptozoologists Loren Coleman and Chad Arment, who were willing to dig into the matter further. Deeper investigations into the matter would turn up all sorts of red flags. One interesting find was that there was a web ring owned by a group calling itself the “Howler Research Group,” which counted as one of its members a researcher named “Itzakh Joach,” claimed to be a professor of biology at at Buffalo River University in eastern Oklahoma. However, there is no such person and indeed no such university, and both are bogus. Even the name of the primary investigator of the phenomenon, “Itzah Joach,” reads as “It’s a joke,” a thinly veiled hint that the whole thing was a sham. The writing was on the wall. In fact, all of the so-called “experts” and “researchers” named by the group turned out to be bogus names with impressive sounding but fake credentials.

In the end it was ascertained that all of these research groups were phony, and that the tales of the Ozark Howler more or less boiled down to a few or even one person going online under different names and accounts and conjuring up fake sightings accounts and research groups, the information of which trickled onto legitimate cryptozoology websites, was used as sources for further articles on the matter, and took on a life of its own. In every case, these accounts and sources could be traced back to only a very few original web accounts. Instrumental in uncovering this information was Loren Coleman, who seemed to have been directly targeted by the hoaxers or hoaxer, with the apparent aim of having the Ozark Howler included in his book Cryptozoology A To Z: The Encyclopedia of Loch Monsters, Sasquatch, Chupacabras, and Other Authentic Mysteries of Nature. One enigmatic individual came forward by the name of “Jonathan C. Cook,” who claimed to be with the University of Memphis and was supposedly writing an article for Strange Magazine on the Ozark Howler. This is curious already, as the editor of the magazine, Mark Chorvinsky, would deny that any such article was being written for the publication.

It also became apparent that this Cook was interested in getting the Ozark Howler mentioned in an upcoming book by Coleman, yet when Coleman investigated the name “Cook” he came up with an actual doctor who had no idea of what was going on. Coleman also found that websites concerning the Howler had employed numerous aliases, as well as other complex methods of subterfuge and deception, such as using multiple month online designs. Coleman would eventually directly confront “Cook” in May of 1998, and the individual would confess that it had been an attempt to create a new cryptid in order to see what would happen, fool cryptozoology writers, and to stir skepticism of cryptozoology in general, the idea for which had come to him after visiting a skeptic website forum. After that, it was merely a matter of meticulously crafting false websites, email accounts, bogus sightings reports placed on cryptozoology websites, and fake emails in order to complete the illusion.

Coleman of course did not include the fake cryptid in his book, and would write much of this hunting down of a hoax, as would Chad Arment in his book Cryptozoology: Science and Speculation. Regardless of this thorough debunking by Loren Coleman and other big names in the field, the Ozark Howler has incredibly remained a fixture in cryptozoology as a potentially real creature, and is often referred to as a legitimate cryptid, with plenty of supposed sightings coming out right up to the present. Among the numerous Internet articles on this cryptid, few make mention of the the hoax, and there are others who still firmly hold on to the idea that the Ozark Howler is real, either unaware of the fact that it is a proven hoax or in denial. Loren Coleman has even leveled criticism squarely at Wikipedia, whose entry brushes over the hoax angle and instead prefers to perpetuate the hoax by offering the possibility that it is all real regardless, citing that reports predate the findings of hoaxing while ignoring that said hoaxers made it a point to make sure that there were phony reports that would achieve this effect. The Ozark Howler remains a true cautionary tale of “fake cryptids,” and the detrimental effects of fake reports and bogus sources muddying the waters and propagating themselves until they become regarded as fact. To this day the damage can be seen, with the Ozark Howler hoax still reverberating throughout cryptozoology.

When The FBI Comes Knocking, Part One: The Cuban Jet UFO Incident