Some people just seem to be burdened with a weird legacy. Born in Lethbridge, Alberta, in 1910, Wilbert Brockhouse Smith was an engineering specialist who went on to be the chief engineer for radio station CJOR in Vancouver before later working for Canada’s federal Department of Transport in 1939, also serving as senior radio engineer for Transport Canada's Broadcast and Measurements Section. There he proved invaluable in designing wartime monitoring systems and making several groundbreaking advances in radio technology, gathering a number of patents in the process. It was during this time that he would acquire a deep interest in geo-magnetic forces, which he believed could be harnessed for energy, and in the late 1940s he got caught up in the UFO fever that was sweeping the world at the time. It was with these ideas and theories that he would usher in Canada's very weird project to investigate aliens, UFOs, and extraterrestrial technology.

At the time this was more than just a passing interest, and by all accounts Smith was absolutely obsessed with UFOs, constantly contemplating them and studying about them. At the time he had many ideas on UFOs and their potential occupants. He believed that aliens perhaps saw us as lower lifeforms to be studied, very much like a scientist might study insects, and that this was perhaps one reason they made little contact with us other than those they deemed capable of comprehending them. He also believed that they would take a very different physical form than us, and that they might even be robots, saying:

If we are to rely on sightings data alone, we are bound to get a rather one-sided idea of these creatures. For example, we see saucers traveling at terrific speeds and then suddenly stop or change direction. Under our concepts of physics, no creature of flesh, blood and bone could withstand the terrific forces which would be associated with such actions. Therefore we are led to assume that the saucerians must be some manner of robot or a creature the like of which we have never encountered. 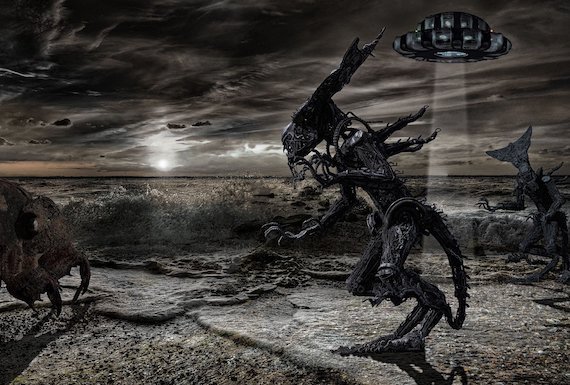 Smith was absolutely fascinated with not only UFOs in general, but particularly in how they theoretically operated. He became increasingly convinced that if these craft were indeed on Earth, then they were likely powered by geo-magnetic fields. He was so convinced of this, in fact, that he began work on starting a government organization devoted to pursuing this avenue of research. In December of 1950, he met with a Dr. Osmand Solandt, chairman of the Canadian Defence Research Board (DRB) to talk about his plans to study the geo-magnetic forces he was so sure were inextricably linked to alien technology, as well as to collect data about UFOs and use this data towards the development of new avenues of engineering and technology. He was certain that this unique research would illuminate new propulsion systems based on the manipulation of magnetism, all he needed was the equipment, funds, and personnel to make it happen. It was officially meant to be the study of geo-magnetism and how it might be harnessed as a propulsion system for vehicles, and indeed UFO research was not mentioned in Smith’s initial project proposal, in which he wrote:

This project is for the purpose of studying magnetic phenomena, particularly those phenomena resulting from unusual boundary conditions in the basic electromagnetic field. There is reason to believe their discovery will open up a new and useful technology. The initial program shall include the following avenues of investigations, to which others may be added from time to time as may appear expedient.

1.Theoretical study of electromagnetic radiation assuming boundary conditions different from those upon which the conventional theory was developed.

4. Investigation of the propagation of magnetic wave motion in magnetic materials.

5. Investigate the possibility of producing, an effect, a "sink" in a magnetic field.

7. Investigate the effects of a magnetic field on a rotating curviplaner metallic object.

Solandt was intrigued, and after petitioning the government Commander C.P. Edwards, Deputy Minister of Transport for Air Services, accepted the proposal, and in 1952 Project Magnet was born. It was sold as a project to uncover potential new areas of technology, but with Smith at the helm there was a heavy emphasis on its relation to the UFO phenomena, with him being inspired by the top UFO researchers at the time and their literature on the matter. Smith would write in a 1950 declassified top-secret report:

While in Washington attending the NARB Conference, two books were released, one titled "Behind the Flying Saucers" by Frank Scully, and the other "The Flying Saucers are Real" by Donald Keyhoe. Both books deal mostly with the sightings of unidentified objects and both books claim that flying object were of extra-terrestrial origin and might well be space ships from another planet. Scully claimed that the preliminary studies of one saucer that fell into the hands of the United States Government indicated that they operated on some hitherto unknown magnetic principles. It appeared to me that our own work in geo-magnetics might well be the linkage between our technology and the technology by which the saucers are designed and operated. If it is assumed that our geo-magnetic investigations are in the right direction, the theory of operation of the saucers becomes quite straightforward, with all observed features explained qualitatively and quantitatively. We believe that we are on the track of something which may well prove to be the introduction of a new technology. The existence of a different technology is borne out by the investigations which are being carried on at the present time in relation to flying saucers. 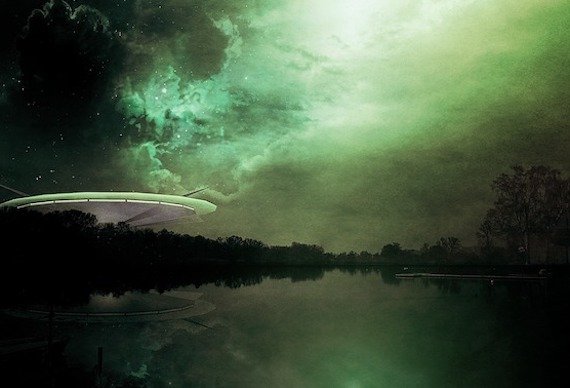 The project itself was a rather modest affair, operated at Department of Defense facilities, with some assistance from personnel at the Defence Research Board. During the course of this research, Smith would write in reports that he had managed to not only successfully extract sufficient energy from the earth's magnetic field, but also design a sort of mini version of a flying saucer, in essence proving that the technology could work and that they were on the right track, demonstrating the soundness of the basic principles. Smith also had installed an observatory at Shirley's Bay, outside Ottawa, for the purpose of observing UFOs in the area and to measure and monitor their physical characteristics and influence on anomalies in the local magnetic and radiation fields. The facility was fully equipped for this purpose, complete with a magnetometer, a gamma-ray detector, a powerful radio receiver, and a gravimeter to measure gravity fields. At the time is was all classified, but rumors were making the rounds among the public that the top-secret facility had something to do with UFOs, something the Canadian government denied. In 1952, Smith was one of the driving forces for Project Second Storey, which was sort of Canada’s answer to Project Blue Book, an organization for studying UFO reports and discussing their possible implications and made up of representatives from the Directorates of Air and Naval Intelligence, Military Operations and Planning and members of the DRB.

In addition to this research, Smith continued to make some pretty bold claims. In 1952 he claimed that the U.S. Air Force had in their possession a piece of a UFO that had been shot at near Washington, D.C., and not only that, but that he himself had seen and studied the fragment. His first official preliminary report on his project’s status also stated that UFOs probably came from intelligent, extraterrestrial sources and almost certainly manipulated magnetism for flight. He also would write of classified information he had allegedly managed to get from inside sources which bolstered his theories, saying in one memo:

I made discrete inquiries through the Canadian Embassy staff in Washington who were able to obtain for me the following information;

1.The matter is the most highly classified subject in the United States Government, rating higher even than the H-bomb.

3. Their modus operandi is unknown but concentrated effort is being made by a small group headed by Dr. Vannavar Bush.

4. The entire matter is considered by the United States authorities to be of tremendous significance.

I was further informed that the United States authorities are investigating along quite a number of lines which might possibly be related to the saucers such as mental phenomena and I gather that they are not doing to well since they indicated that if Canada’s doing anything at all in geo-magnetics they would welcome a discussion with suitably accredited Canadians. While I am not yet in a position to say that we have solved even the first problems in geo-magnetic energy release, I feel that the correlation between our basic theory and the available information on saucers checks too closely to be mere coincidence. It is my honest opinion that we are on the right track and are fairly close to at least some of the answers. 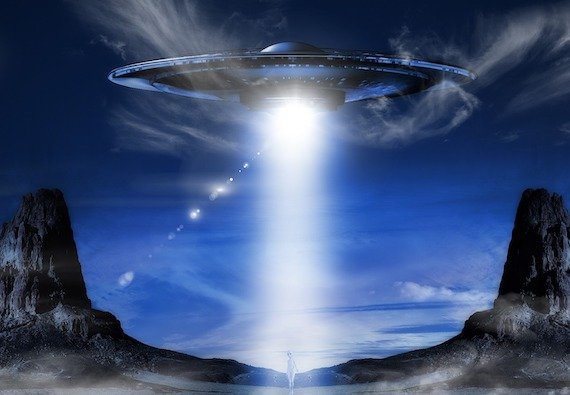 Perhaps nervous of this candid disclosure or delusional rantings, depending on which one believes, in 1954, the Canadian government would officially end funding for Project Magnet, finally admitting to the public that it had been for the purpose of studying UFOs, but that “no definite conclusions had been reached.” Smith would keep Project Magnet going on his own dime, and during these years his claims would become more outlandish than ever before. He would make the claim that UFOs were linked to psychic phenomena, and that he was in contact with extraterrestrial beings, “space brothers,” who communicated to him through telepathy. He also claimed that he had perfected a way to “direct the signal mentally” to carry out these communications. He would even claim to have seen dead alien bodies and that he had been abducted by extraterrestrials. Many of his ideas and theories were released in his book “The New Science,” and he would continue his own self-funded research at Shirley Bay all the way up to his death in 1962.

Despite what at the time were seen as fringe ideas to the general public, Smith has remained important to the UFO field, often called “the father of disclosure,” and even within mainstream science he is an important figure, having been posthumously awarded the Lieutenant-Colonel Keith S. Rogers Memorial Engineering Award, given for dedicated service in the advancement of Technical Standards in Canadian Broadcasting. Smith has remained an intriguing figure in the history of ufology, as has his mysterious Project Magnet. What was going on here and what was the true extent of their findings? What was the story with Smith and how much of this was real in any sense? We may never know for sure.