The Strange Case of the Bizarre Tromp Family Road Trip

By all accounts the Tromp family were normal, hardworking, everyday people. Mark Tromp (51) and his wife Jacoba (53) owned a successful redcurrant farm and earth-moving business on their property in Silvan, on the outskirts of Melbourne, Australia, and their three children, Riana, 29, Mitchell, 25, and Ella 22, all worked hard to keep the farm going. They apparently all got along very well and were well-liked in the community, so it was rather strange when one day they just disappeared to embark on a bizarre road trip involving strange disappearances, reappearances, and weird behavior across the country that still baffles to this day.

On Monday, August 29th, 2016, the whole Tromp family piled into Ella's silver Peugeot SUV and drove off headed north. This in itself would not have seemed to have been completely strange at first, but when a few days passed and no one was able to contact them, neighbors became worried and called police. When authorities arrived they found all of the family’s other vehicles in the driveway with keys in their ignitions and the door to the house unlocked. Inside the home were found that their passports, credit cards and mobile phones had all been left behind, and the place was in a bit of disarray, with various financial records strewn about or conversely neatly stacked up. Considering that the neighbors had seen them all drive off together it seemed as though they had just decided to take a spontaneous road trip, but they had told no one of such a plan and if they had gone on a trip then why hadn’t they brought their credit cards, bank cards, or mobile phones? What was going on here? In the coming days, Ella would show up back at the farm alone, followed by her brother the following day, with the other family members turning up one by one, and it was from here that their very strange story would emerge. 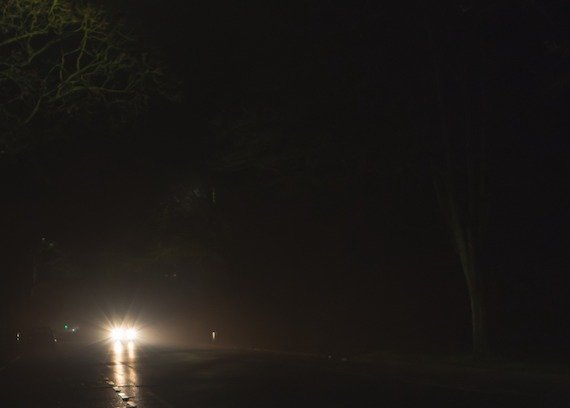 According to their stories, on that first day they had gone missing, Mark Tromp had suddenly told his family that they were in dire danger and had to leave. He ordered them to leave their phones behind so that they would not be tracked and they headed out. No one had any idea of what was going on, but Mark assured them that someone was out to get their money and that they were in great danger if they stayed. They then got into the car and hit the road, driving all through the day on their way to the New South Wales town of Bathurst, about 800km away. During this leg of their mad dash it was discovered that Mitchell had secretly brought his mobile phone, which caused Mark to freak out and throw it out of the window, ranting about how they were being tracked and followed. This tantrum, along with the surreal situation of hitting the road to escape some nebulous danger that he didn’t understand, might have been the reasons that shortly after arriving at Bathurst he decided to leave them and make his way back home.

The rest of his family continued on without him, heading east towards the Jenolan Caves, in the Blue Mountains area. It was here that Riana and Ella decided to split as well, stealing a car and driving to the town of Goulburn, where they reported to police that their parents were missing. They then parted ways at a gas station, with Ella continuing on in the stolen car to arrive home and be the first Tromp to be found. At the time she was very lucid and normal, seemingly just as baffled by her family’s strange behavior and road trip as everyone else, and when Mitchell showed up at the farm the following day after taking a series of bus rides, he too was totally calm and normal.

The next Tromp to be found was Riana, who was discovered by a startled local man stowing away in the back of his truck. Unlike her siblings, Riana was found in a disoriented, nearly catatonic state, rambling on about how she didn’t know who she was or how she had gotten there. She was so far gone that she was taken to the psychiatric ward at Goulburn hospital. She was unable to shed any more light on where her parents had gone, and considering that Ella and Mitchel did not know either, police launched a massive search for them. At this time, their strange story had hit the media in a major way, with constant follow-ups as the Australian public watched on spellbound. In the meantime, police searched the Jenolan Caves but could find no trace of Mark and Jacoba and they remained missing.

As the search continued, there was a strange lead, when a young couple in the town of Wangaratta reported that they had been tailed by a man in a silver Peugeot station wagon who they claimed had matched the description of the missing Mark Tromp. He apparently drove very close to them and followed them for a time, upon which they stopped their car. The man then got out of his vehicle, ran towards them, stopped, squatted in the middle of the road, stared at them, and then ran off into the night into Merriwa Park. It could not be confirmed if this was really Mark or not. In the meantime, Mitchell Tromp appeared on national TV to appeal to the public for help in tracking down his missing father, and when asked about what had prompted their bizarre road trip, he seemed as stumped as anyone else, and explained:

I’ve never seen anything like it. It’s really hard to explain or put a word on it but they were just fearing for their lives, and then they decided to flee. It was a build-up of different, normal, everyday events - just pressure - and it slowly got worse as the days went by. You have a few things and they do build up — you can get sick in some way. 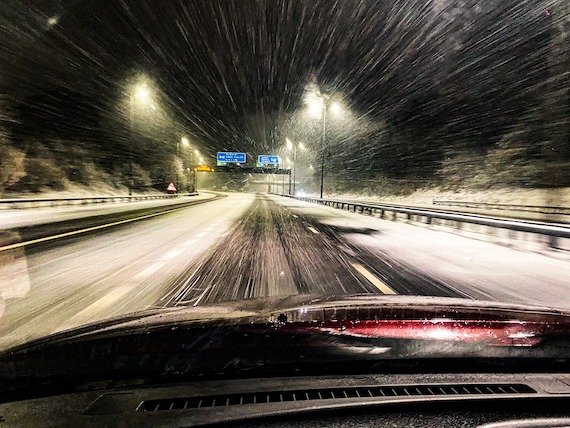 Not long after this, the family car was found abandoned in Wangaratta as sightings came in of a man fitting Mark’s description wandering around town seemingly in a daze. The following day, Jacoba Tromp was finally found similarly wandering around aimlessly in the town of Yass, outside of Canberra, in a disoriented state. When she was brought to the hospital for assessment, doctors would say that her mental health “wasn’t of a good standard.” How had she ended up there? Why had her and her husband gone their separate ways? No one knew and we still don't. Police increased patrols in Wangaratta looking for the wayward Mark, eventually finding him on September 3, running along a street on the outskirts of town, near Wangaratta airport, where he was taken into custody, flipping the middle finger to the throng of curious bystanders and media who had gathered. Throughout the whole ordeal he revealed little of what had caused him and his family to flee, and it was described by police as one of the most bizarre cases they had ever seen.

With all of the Tromp family members found, theories on what had happened were flying. It was puzzling that this should have happened, since they were a normal family with no prior history of mental illness or drug or alcohol abuse. There was no sign of carbon monoxide poisoning, which can cause psychosis, and no evidence of being affected by chemicals used on their farm. They did not belong to any religious groups, had no known enemies, and were not in any sort of debts or financial trouble, making it baffling that Mark should become so convinced that someone was out to kill his family. It was as if he had just snapped into a meltdown for reasons unknown. The main idea was that the family had suffered from a rare psychological condition known as folie a deux, French for “madness of two,” which is a sort of collective delusion among two or more people with close-knit relationships. For their part, Ella and Mitchell Tromp have had a hard time explaining it themselves, stating that for whatever reason, they had been convinced that their lives were in grave danger, that they were being watched, tracked and followed, and their various cryptic press conferences have done little to truly illuminate what happened to them. Mitchell has said of it:

I just had to go with the family because I wanted to see where they were going. I couldn't leave them. It is very confusing, I still feel confused. I think our state of minds wasn't in the best place, um, and yeah, I can't even really… There's no one reason for it – it's bizarre. But, yeah, it was tough to see your family like that, and I've never seen anyone like it, but the main thing is they're OK now. Everyone is safe, everyone is well. So we can just go back to being the family again.

They would all go back to their normal lives and try to put it behind them, shying away from the media and the public eye and begging for their privacy. No charges would be filed against any of them other than against Ella for car theft but these were eventually dropped. After this there has been little word on the whole incident, the family secretive and mostly unwilling to elaborate further. Why did this family just suddenly head out onto the road in such a panic? What is the meaning of their disparate reappearances or the strange clues surrounding it all? We may never really know for sure.