With the pandemic going on, everyone's mind is on viruses, but it seems like it is not only biological viruses that can make one sick. One area of Native American lore, in particular among the Navajo tribe, as well as some Muscogee and Plains cultures, is the idea that the spirits of the dead can stay behind on the earthly plane in certain situations to linger among the living to infuse their bodies with sickness, very much like a virus. That ghosts should lurk about in the land of the living is a common belief among many cultures around the world, but with these particular ghosts, they are said to attach to a living person and follow them around, physically affecting them and feeding off of their life force to make them sick like a disease, to cause them to wither away, or even die. In a sense, the ghost becomes a sort of disease, and this is the basis of the belief in what they call “ghost sickness.”

The idea that the ghosts of the dead can come back to cause sickness and death goes back to the ancient world, where the cultures of such places as Mesopotamia, Egypt, Greece, Rome, China, and India all had their own versions of the phenomenon, usually attributed to the deceased not being properly buried and leading to all manner of burial rituals and rites to prevent this from happening. In Native American beliefs, the reasons for why the spirit stays behind in the first place are varied. In the Navajo culture, it is often linked to not only improper burial, but also when a person becomes too consumed by grief or preoccupied with the dead, obsessing over them and envisioning them constantly, which draws the spirit to them. Those who pursue vision quests or rituals to desperately contact their deceased loved ones are also seen as being at risk. In the Muscogee culture, they believe that everyone is infused with an energy that results from the flow between mind, body, and spirit, called Ibofanga, and that ghost sickness can occur when this flow is disrupted. 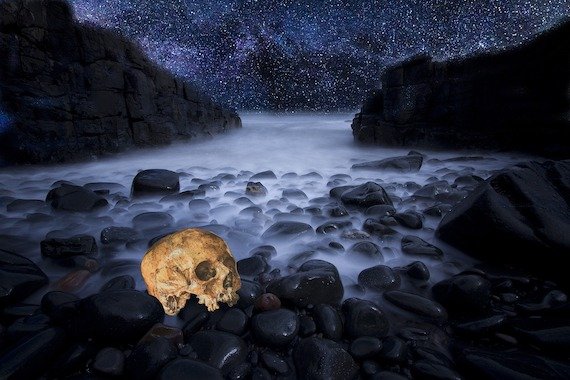 Whatever the reasons might be, the ghost then targets in on and attaches to the victim, usually a family member. In a sense it is very similar to the phenomenon called “spiritual attachment,” in which a ghost or spirit connects to a person or object and causes all manner of paranormal phenomena to orbit them, but in this case it manifests as physical sickness. In the lore, the ghost does not necessarily want to cause their loved one to fall ill, but rather they feed off of the living person’s life force and spirit in order to maintain their presence on this plane, which gradually drains their vitality to lead them into a spiral of declining health. The symptoms of this ghost sickness can be rather varied, including weakness, headaches, loss of appetite, dizziness, nausea, fainting spells, anxiety, depression, irritability, decreased interest in daily activities, inability to relate to others, and nightmares and sudden feelings of terror. In some cases, the afflicted may constantly see the ghost appearing to them or following them around. If not treated, the person is said to continue to grow weaker and weaker by the day, withdrawing from society, wasting away, losing weight, and in extreme cases even dying from the affliction, after which the ghost that caused their death in the first place carries them off into the next realm.

The victims of ghost sickness are seen as being in a very dire situation, and so it is believed to be imperative to tend to them right away. The methods for treating a victim of ghost sickness can also vary from tribe to tribe, but they all revolve around appeasing the ghost and sending it back to the afterlife. This usually entails some sort of ritual or ceremony carried out by a shaman or giving a special charm to the victim to drive the ghost away and send it to its proper place. In Apache culture, one way to cure the sickness is to burn all of the belongings of the deceased, purging anything that might be a reminder of him or her, move to a new home, and banish them completely from their thoughts, not even speaking the dead person’s name, and this was thought to cause the ghost to give up and fade away. In all cases, normal medicine or Western medical practices are said to be completely useless against ghost sickness. The best way to deal with the specter of ghost sickness is to prevent it entirely, by ensuring that burials were carried out properly and that the living try not to dwell too much on the person who was gone. 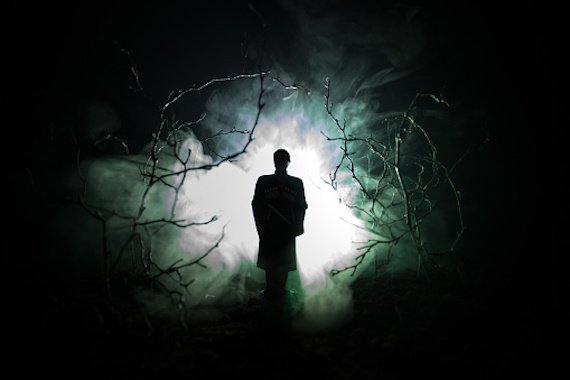 Besides Native American tribes there are various other far-flung cultures around the world that have similar beliefs that the dead can stay behind to sicken the living. For instance, the Chinese have long had the belief that the dead can have negative physical influences on the living, which led to a whole array of traditional medicines aimed at treating it, as well as a set of acupuncture points that can be used, called Baxie, which is usually translated as the “Eight Ghosts” or the “Eight Pathogens.” Other cultures that have their own versions of ghost sickness include the Archuar tribe of Eastern Ecuador, the Hmong people of Vietnam, the Samoans, who believe that the sickness is caused by ghosts seeking to get revenge for something that happened to them in life, the Salish, a Native tribe of the Northwest U.S. and British Columbia, and others.

In the eyes of modern science and medicine, ghost sickness is thought to be mostly a mental condition linked to unresolved grief, continuous mourning, or other psychological trauma, which then has a psychosomatic effect to create physical symptoms. Yet, the Native American tribes who subscribe to these beliefs deny this, and insist to this day that this is a very real phenomenon caused by ghosts and spirits, and that mainstream treatments will not work on it, only the traditional shamanistic ways. Is there anything to this ghost sickness? Is this due to supernatural forces or is it simply all in the mind? No matter what the answer may be, ghost sickness has long been, and will likely continue to be, a spooky realm of lore that pervades these cultures.

The Chupacabras: Are They Dangerous, Paranormal Shapeshifters?