The Strange Mystery of the Lava Lake Murders

In the fall of 1923, three men by the names of Edward Nickols, Roy Wilson, and Dewey Morris made their way out to the rugged wilderness of Lava Lake at Deschutes National Forest, high in the Cascade Mountains of Oregon, in the United States in order to do some work through the coming winter as fur trappers. At the time the little remote lakeside cabin they were to stay at was situated in a sprawling expanse of forbidding, icy wilderness, far from civilization, with no roads and surrounded by a sea of trees and steep mountain passes. It would have been a formidable endeavor for most, but these three men were loggers by trade, seasoned outdoorsmen who were right at home in such a harsh place. Indeed, the trapping seemed to be going well, as the week before Christmas Day of 1923 Nickols arrived in the nearest town of Bend with a sled full of furs and news that they had been making a good haul. On Jan. 15, 1924, a resort owner by the name of Allen Wilcoxen was passing through on his way from Fall River to Elk Lake and spent some time at the cabin, later reporting that all three of the men were healthy and in good spirits, with nothing amiss. When he left, there was no indication that the three men were to soon become the center of a dark and gruesome unsolved mystery.

Things were thought to be a bit off when there was no further word from anyone at the cabin for weeks on end, and it was also noticed that several of the mink traps in the area had not been checked and emptied, the animals within them dead, forgotten and frozen solid. Dewey Morris’ brother, Innis Owen Morris, thought it to be very strange that the traps would have been left that way, and he became even more suspicious when it seemed that no one was home at the cabin and there were no signs of life at all. He contacted a Pearl Lynnes, who was the superintendent of the Tumalo Fish Hatchery, and in April of 1924 a search was finally organized when the snows had melted to a manageable level. When they reached the cabin, they found it abandoned, and things would get very odd from there.

Outside of the cabin it was found that the men’s sled was missing, and a fox pen behind the cabin was missing five valuable fur foxes that had been kept by the cabin’s owner, a local logging contractor by the name of Edward Logan. Within the fox pen was rather ominously found a claw hammer with some blood on it. Just as before, the trapping lines were unattended, containing the remains of twelve martens, four foxes, and one skunk, and there was a cat that had been accidentally caught in one of the traps, still alive but estimated to have been there for some time. When the cabin door creaked open to allow the search party in, they found the place to be eerily normal, with the dining table set for a meal and food that had been burnt sitting in pots on the stove, as well as the men's clothes, guns and equipment still lying where they belonged undisturbed. There was no sign of a struggle at all, no sign of forced entry, it was as if someone would come home at any moment, but there were no signs of the men themselves or where they had gone. 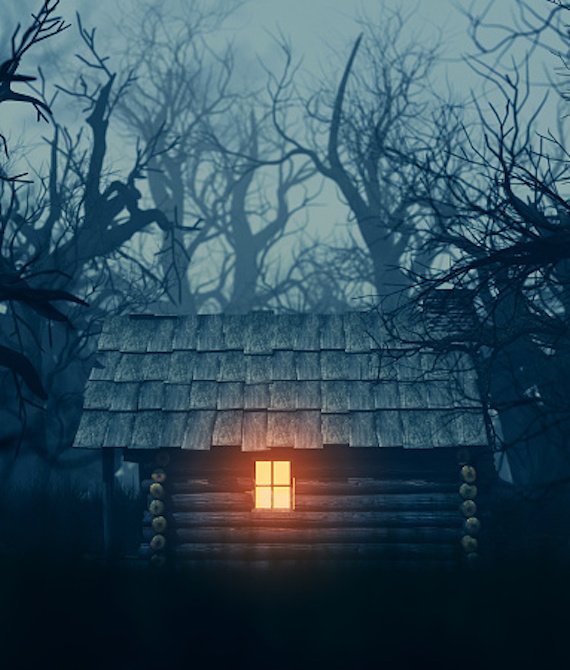 The following day, Deschutes County Sheriff Clarence A. Adams arrived at the scene for a more thorough investigation and soon found the missing sled abandoned by the shore of the frozen lake, along with dark stains that would later be found to be blood. A little off shore was found a hole in the ice that had obviously been intentionally sawed out and which had partly frozen over, and under a nearby tree were found four of the missing foxes, all expertly skinned and the furs nowhere to be seen. A grim discovery was made on a trail leading to the lake, in the form of pools of blood in the snow, clumps of hair, and a human tooth. Alarmed and expecting the worst, a search of the lake was mounted and all three of the men were found dead and floating in the frigid water under the ice. The corpses were in quite a state, having been viciously beaten and shot, and a Sheriff Claude L. McCauley would later describe of the scene and the state of the bodies:

Even though the weather was perfect, the clear air was impregnated with the odor of death and decomposition and it was with an undefinable spirit of awe and consternation that the little party of hardy outdoorsmen laid aside their packs, kicked off their snowshoes, and prepared to tackle a grim job which was little to their liking. Ed Nichols, still had his glasses on, the ones he used for reading. A shotgun, fired at close range, had carried away the lower part of his right jaw and part of his chest. A watch in his coat pocket had stopped at ten minutes after nine. Roy Wilson’s right shoulder had been almost entirely shot away by a charge of shot, and there was a bullet behind his right ear. Dewey Morris had been wounded in the left elbow by a charge of a shot and a hole a little larger than a silver dollar had been crushed through his skull at the back of his right ear. Hastily trying ropes to the corpses, the grim procession headed for shore. Here the bodies were fastened to the shelf ice for the night. Adams donned his snowshoes and made for town on the run.

When autopsies were carried out on the mangled bodies, it was found that they had died of gunshot wounds and blunt force trauma, thought to have been carried out with the bloody claw hammer that had been found, and that they had likely died in late December 1923 or early January 1924. Police believed that the men had been lured away from their cabin as they were preparing for their meal, after which they had been overpowered and killed by one or more armed perpetrators and then taken to that lake to be dumped through the hole in the ice. But who would have done this and why? Who would have come out to this remote, isolated place to carry out such a vicious crime?

Authorities were soon scrambling to find possible suspects. One of the first people they looked at was a local woodsman and moonshiner named Indian Erickson, who lived in a cabin not too far away at nearby Cultus Lake, but not only could no evidence be found that he was connected in any way, but he was also able to provide a solid alibi. They then turned their attentions to a fellow trapper named Lee Collins, who was known to have quarreled with Nickols the previous summer over a dispute over a wallet that Collins had allegedly stolen. Collins had apparently made death threats, which had spooked Nickols, who had been acting as caretaker of the place before his friends had arrived. A little digging into this character’s background showed that Collins’ real name was actually Charles Kimzey, who had a long rap sheet and was a fugitive wanted for a stagecoach robbery and the attempted murder of its driver, W. O. Harrison. A further lead pointing to Kimzey was testimony from a traffic officer in Portland, Oregon, who claimed that Kimzey had approached him with a sack full of skins on January 24, 1924, asking for directions to the nearest fur dealer. 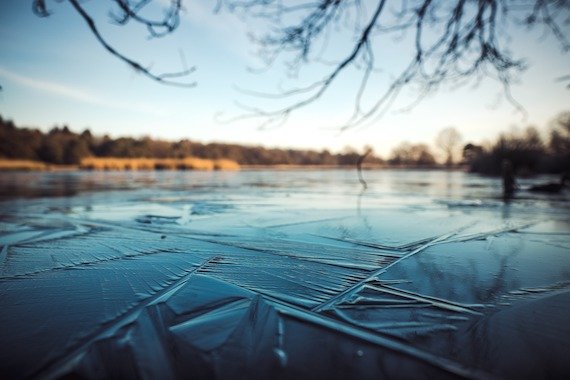 Authorities now had their prime suspect and issued a warrant for Kimzey’s arrest, as well as a $1,500 reward, but the problem was no one knew where he was. He had gone fugitive shortly after being accused of attempted murder, and was thought to be hiding out in the wilderness, not hard to do considering he was an experienced outdoorsman. For years police hunted Kimzey down as occasional sightings of the wanted man were reported, but they were unsuccessful in finding him. It would not be until March of 1933, a full nine years after the murders, that he was found by pure chance in Kalispell, Montana, and finally arrested. However, when brought in for questioning he claimed to have an alibi, saying that he had spent the period of Christmas at the time of the murders in Colorado working on the Moffat Tunnel, and denied any knowledge at all of the Lava Lake murders. This could neither be confirmed or denied, and with a lack of any solid evidence they were unable to charge Kimzey with the killings. He would ultimately be tried for the attempted murder of Harrison and sentenced to life imprisonment in the Oregon State Penitentiary.

Although Kimzey was never officially charged with the murders, he has long been suspected as being the killer, and some have even suggested he had an accomplice. In her 2013 book “The Trapper Murders,” crime author Melany Tupper makes the claim that Kimzey had been in league with a man named Ray Jackson Van Buren, who had been linked to possibly a dozen unsolved murders throughout the state. However, it has never been proven that Van Buren was involved, or whether Kimzey ever had an accomplice at all, and since Van Buren killed himself in 1938 he took any secrets he had to the grave with him. To this day the Lava Lake Murders have never been solved, no one has ever been charged with the murders, and we don't know how these men ended up dead out in that frozen lake or who killed them or why, and considering the amount of time that has passed we probably never will. What really happened out at this remote, icy outpost? We may never know.

Box Marked “Do Not Release,” Ghost on a Couch, Virgin Birth in Mice and More Mysterious News Briefly — March 8, 2022