They Met the Men in Black, Part Two: The Strange Story of Dr. Herbert Hopkins

It was an early Autumn evening in September 1976. Dr. Herbert Hopkins was home alone at his Maine residence, having chosen to stay behind while his wife and children went to the neighborhood theatre to see a film. Little did the 58-year-old know that what was about to transpire at his home that evening would haunt him for the remainder of his life.

Shortly after his family left for the evening, Hopkins received a phone call from a man who claimed to belong to a regional UFO investigative group. The man professed to have an interest in the Stephens case, and asked if he might visit Hopkins at his home office that evening to discuss it.

Uncharacteristically for Hopkins, he agreed to the visit from the stranger. After hanging up the phone, he walked to the front door of his home to open the primary door, in front of which there had been a glass door through which he would be able to see his visitor once he arrived. To Hopkins’ surprise, as soon as he opened the door, a man clad in what appeared to be a dark navy suit, dark gray gloves, and a bowler-style hat was already heading up the walkway toward his house.

Hopkins was aware that there were no phone booths (it being in the days well before mobile phones) and became startled by the fact that the man had seemingly appeared so quickly, without having had time to travel the distance from the nearest public phone to Hopkins’ residence.

“I saw no car,” Hopkins would later recall, “and even if he did have a car, he could not have possibly gotten to my house that quickly from any phone.” Nonetheless, he greeted the strange visitor, and welcomed him inside. The stranger sat down, and the two men began discussing the Stephens case at the visitor’s request.

Hopkins did most of the talking, as the visitor listened to Hopkins recount details of the case with which he had been familiar. The visitor would only occasionally remark something along the lines of “Yes, that’s how I understand it” in response to what Hopkins said.

At one point, the visitor managed to brush his mouth with the back of one of his suede gloves, which revealed a red mark—lipstick—on the back of the glove. Hopkins found this strange, and having his attention now drawn to the stranger’s mouth, he found that the man appeared to have no lips as most would have, but instead only a thin slit. The lipstick, to Hopkins, had been worn to help create a liplike appearance for a mouth which, in truth, had none at all. 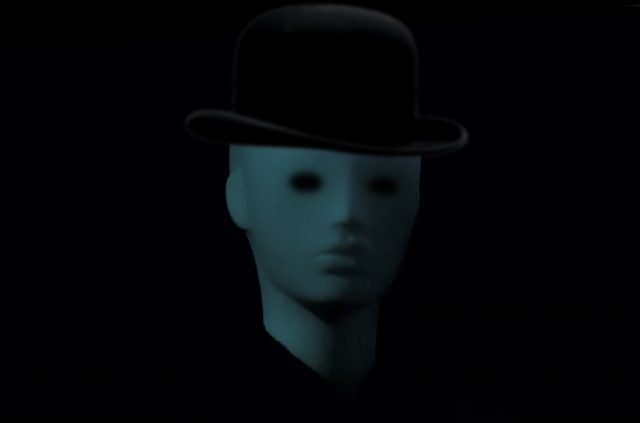 “His eyes were not remarkable,” Hopkins said of the man, although he said they were dark-colored, though appearing to possess pupils like any other man.

At one point during the conversation, the visitor told Hopkins—whose hand was in his pocket—that there were two coins in it. Hopkins, having only paid the local newsboy for a paper earlier that day, was able to confirm that two coins were in the pocket, after which the strange man asked that he remove one of the coins, which Hopkins did. Now holding one of the coins in his hand, Hopkins watched with curiosity as the coin began to take on an odd, “fuzzy” appearance; then within seconds, it had vanished.

“Neither you nor anyone else on this plane will ever see that coin again,” the visitor reportedly said.

“That was a neat trick,” Hopkins told the stranger, who then asked him a puzzling question: he wanted to know whether Hopkins knew how Barney Hill, a purported alien abductee who along with his wife, Betty, claimed to have been taken aboard a UFO in 1961, had died. Hopkins said that he believed it had been a heart attack, to which the mysterious stranger said that to the contrary, Barney Hill died “because he did not have a heart, just as you no longer have a coin.”

“He then told me, or rather I should say he stated that I had tape recordings on the Stephens case,” Hopkins recalled. “On the hypnosis, and on the details and so forth.”

“He didn’t ask me, he didn’t tell me… he just said it,” Hopkins said. Upon admitting that he did indeed possess tape recordings from the hypnosis sessions, Hopkins said the visitor then told him he would destroy the tapes, and any other documentation related to the case.

Hopkins nonetheless began to grow concerned with the statements and demeanor of his visitor, whose next offering was even more disturbing than the previous one: the man appeared to indicate now that Hopkins would suffer the same fate as that of Barney Hill, if he chose to continue his involvement with the Stephens UFO investigation.

“He did not say he would come back or anything,” Hopkins said, although expressing that the man told him “he would know when I done that: gotten rid of the tapes.”

Over the course of their discussion, Hopkins had felt that there was something not quite right about the man sitting before him, describing the visitor’s orders as having been “put in an inhuman, machine way.”

Following suit with the individual’s robotic demeanor during their strange interview, as the conversation concluded, Hopkins said the man’s speech began to slow, and that the spaces between words began to increase as the visitor stood up slowly, and announced “my… energy… is… running… low. Must… go… now… goodbye.” 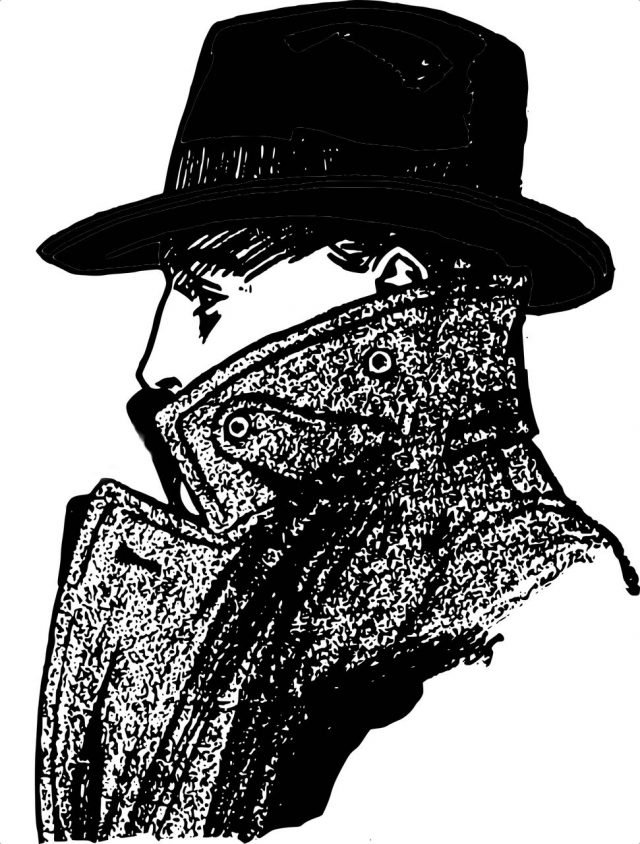 “And then he disappeared around the corner.”

Hopkins recalled seeing a bright, bluish-white light shortly after the visitor vanished, which he thought to have been different from a car’s headlights. Hopkins noted that he hadn’t seen any shadow cast by the man as he walked toward what Hopkins, at that time, still took to have been headlights. Stepping out onto the porch, Hopkins could no longer see any lights, nor was any evidence of a vehicle apparent when he walked to the front of his driveway.

Upon returning home, Hopkins’ family found him visibly upset after the encounter, and after prompting from his son, Hopkins joined him and went to the driveway to look for any evidence that a vehicle had been in the driveway. Although nothing that resembled a normal car’s tire treads could be found, Hopkins said he and his son did see a peculiar marking that almost resembled the tread markings of a small tractor.

One final peculiar note that Hopkins recalled of his visitor had been that the family dog, a Collie/German Shephard mix, had whined at the moment the visitor entered the home, thereafter retreating to another room in the home and hiding in the closet.

“The cat was unmoved,” Hopkins noted, “but the dog was terrified and hid.”

Shortly after the visit, Hopkins said that he did as the visitor advised, and destroyed all of his tapes and other records related to the Stephens case, although he had wished later that he hadn’t done so.

So who had the visitor been? Was he really just a local UFO investigator, as he had claimed while on the phone with Hopkins, who had been strangely proficient with sleight of hand, and possessed his own curious reasons for asking the doctor to cease his UFO investigations? Had he belonged to a government agency, and merely presented this strange show as a way of intimidating Hopkins? Or, could there be other possibilities?

As for Dr. Hopkins, he had his own ideas about who the visitor might have been.

“Scientists have theorized for years on alternate dimensions. As to what I think this man was, or where I think he might have come from, from his statement about ‘a different plane’ with the coin, I must go along with what many others think: that there are other dimensions, and the man I think, undoubtedly came from another dimension.”

All speculations about the mysterious stranger who visited Hopkins aside, we will probably never know who he was, and what his origins—whether mundane, or perhaps something stranger—might have been. Certain aspects of the case, like the “magic trick” involving the disappearing coin do suggest something more on the unusual side. While seemingly incredible, this extraordinary aspect of the story is complemented by the apparent credibility of Dr. Herbert Hopkins, a respected professional, who left us a story that remains among the most compelling accounts ever recorded of an alleged encounter with the near-mythical “Men in Black” of UFO folklore.

Ghost Hunter Reports a Severe Shortage of Ghosts to Hunt