Over the years I have spoken to at least fifteen or sixteen people who, after a close encounter with a UFO, have felt to become vegetarian. And quickly, too. Intriguingly, in most of the cases it was as if the people had their minds manipulated, rather than having had the decision made by themselves. The case below is a perfect example of that issue of a sudden swing of the mind. As a Puerto Rican woman named Rosario told me in a 2004 interview, on March 27, 2000 she was working in a grove near the foot of Puerto Rico's El Yunque rain-forest, where she picked plantains. Her attention was suddenly drawn to a deep, resonating hum, one that was coming from directly above her. Looking up, Rosario was startled to see a black, triangular-shaped object – about 25 to 35 feet in length – that was hovering overhead at a height estimated to be around 90 to 120 feet, and which had a glossy, shiny surface.

Surprise and amazement turned to shock when a pencil-thin beam of light shot out of the base of the craft, fanned out, and enveloped Rosario in a pink glow. For what almost seemed like an eternity, Rosario was rooted to the spot, while her mind was flooded with images of widespread nuclear destruction and environmental collapse in the Earth’s near-future. The final image was of a large, bald head with huge, black eyes and that closely resembled the alien face on the cover of Whitley Strieber's 1987 best-selling book, Communion – which Rosario was inexplicably drawn to read in the immediate aftermath.

Suddenly, the light retracted and the flying triangle rose into the sky, heading slowly towards the heart of the rain-forest. Interestingly, in the wake of the encounter Rosario developed an overwhelming interest in environmental issues, and quite literally overnight – after a lifetime of eating meat – became a staunch advocate of vegetarianism. That was not all: three days later, and only a couple of hundred feet from where Rosario was working on that fateful day, two girls spotted a Chupacabra of the bipedal, spiked and decidedly menacing kind. The beast spotted them, too. Evidently, however, it was a monster on a mission, since, after peering at them for a few moments it fell down on all-fours and bounded away into the heavy undergrowth. It was an event that – due to both the time-frame and the proximity – led Rosario to conclude the Chupacabra was somehow linked to the UFO phenomenon.

Moving on, there's Adrian Hancock. He is an Englishman who, in 1997, had a strange, but very similar, experience in the dead of night while on vacation in Wiltshire, England. While walking around one of the huge crop circles he saw a small, "shiny ball" of light - as he described it - that gave off a slight humming noise, that "bobbed up and down a bit," and that then soared vertically into the sky. On the following day Adrian had a deep feeling that he needed to turn vegetarian. And, I have another example of someone changing their eating habits after having been in a Crop Circle, but in this case the food item was sugar. It's difficult to determine what the purposes of those events were. After all, it's certainly not like Adrian and Rosario were spreading the word - so to speak - to tell people to become vegetarian. In fact, neither did that, at all. It worked for them. But, they certainly didn't try to push their new views on others. There is, however, one other issue: now and again both Rosario and Adrian have terrifying nightmares of nuclear war - a worldwide war in which billions were killed, cities - all around the world - were destroyed, and civilization was pretty much all over.

There is one important issue: if some kind of extraterrestrial entity wanted to have us, the Human Race, become vegetarian, then why not have it happen it on a massive, worldwide scale? I have no answer for that question. Neither do Rosario and Adrian. Could it be that an alien entity was seeking to see to what extent our minds could be molded and manipulated? That, at least, has some kind of common-sense attached to it. As I said earlier in this article, I have somewhere between fifteen or sixteen cases - most of my old files are in the attic of my apartment, so I'm not sure of the exact numbers. It would, however, be interesting to learn just how many other people have given up eating meat after a UFO encounter. In theory, it may well be a huge number. On the other hand, perhaps Rosario and Adrian were selected for something that simply doesn't make sense - at least, from our perspective, anyway. 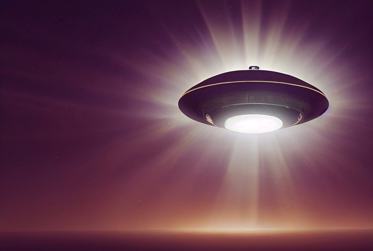