UFOs, Conspiracies, the Hollow Earth, and an Earl in England

Stories of UFOs and aliens, as well as other decidedly weird ideas are not the sole realm of anonymous strange people and quacks, and sometimes there are people in rather high positions who gain a podium for such things. William Francis Brinsley Le Poer Trench was born in 1911 in rural Ireland, and as the fifth son of William Frederick Le Poer Trench, the Fifth Earl of Clancarty he was born into much wealth and status. This allowed him to later on in life move to England to be educated at the private Pangbourne Nautical College, in the English county of Berkshire, after which he would go on to spend some time selling advertising for a gardening magazine in London. His life doesn’t seem particularly remarkable at this point, but by the time World War II ended he had increasingly grown interested in the field of UFOs, and would go on to become one of the most colorful, outspoken, and indeed oddest figures in ufology history.

This interest had first been planted when Trench first heard about the mysterious UFOs seen by pilots on both sides of the war, called “Foo Fighters.” During the late 1940s and into the 1950s, Trench became increasingly obsessed with UFOs, spending more and more time devoting himself to studying anything he could on the subject, something he was able to do because of his wealth. His rise to prominence in the field began in 1956, when he became editor of the fledgling UFO magazine Flying Saucer Review, a magazine created to provide knowledge on the field, and he also founded the International Unidentified Object Observer Corps. In 1960, he would release his first book on UFOs, titled The Sky People, and in 1962 he became vice-president of the British UFO Research Organization (BUFORA). In 1965, he was chairman of the International Committee of the International Sky Scouts, which was formed after joining forces with a Japanese UFO contactee group that published an English language magazine called Brothers, and which would change its name to Contact International in 1967. Indeed, Trench was known for his amazing ability to form a worldwide chain of correspondence in an era before emails.

During this time, he was becoming known for his rather strange and bombastic ideas on aliens and UFOs. In his 1960 book The Sky People, he explained that Adam and Eve, Noah and an assortment of other characters from the Bible originally lived on Mars, and that Adam and Eve were in fact created by extraterrestrials and their descendants had moved to Earth after the north polar ice cap melted on Mars in approximately 63,000 BC. It was this initial exodus of Adam and Eve’s descendants that had been the origins of the human race, and indeed, Trench claimed that he had managed to trace his family tree all the way back to that time. It was with these claims that Trench became one of the first proponents of the ancient astronaut theory, an idea in which UFO contact had begun in ancient times, an idea that would later become more widely known when Erich von Daniken published the 1968 smash hit bestselling book Chariots of the Gods.

This is all weird enough, but he stepped it up a notch in 1974, with the release of his book Secret of the Ages: UFOs from Inside the Earth. This was the book in which he really cemented his idea of UFOs coming from within the earth, and that they were built by an advanced race with psychic powers descended from the survivors of Atlantis. He claimed that the center of the Earth was hollow, with entrances located at both the north and south polar areas, and that it encompassed a vast system of tunnels that sprawled from one end of the earth to the other. The North Pole he claimed to be in fact a warm sea dripping water into the interior of the Earth, and he also theorized that there were subterranean rivers flowing from the inside of the Earth to the outside. According to Trench, this civilization had fled from the catastrophe that had destroyed their homeland of Atlantis and then used advanced technology to bore into the hollow earth and create the tunnel system so that they could live in peace and tranquility undisturbed by the outside world. Trench came up with a whole, elaborate mythology for these Atlanteans, and UFO researcher Timothy Green Beckley has explained of some of this:

While the Earl (Trench) strongly endorsed the idea that aliens may have been coming here since the time of creation, in his later career his ideas took a strange turn, encompassing the notion that an ancient, ‘pre-Noahan’ civilization existed in what we commonly refer to as the Lost Continent of Atlantis. Intermingled with this Atlantean culture were space beings arriving for various reasons – some beneficial, some destructive. The result of which, Brinsley writes, is a long, panoramic narrative in the form of legends and myths, telling us of gods that came from outer space, who ruled over Atlantis and were the progenitors of our own civilization. They also fought terrible wars and made grotesque monsters and giants with reptilian legs that turned upon the gods themselves. 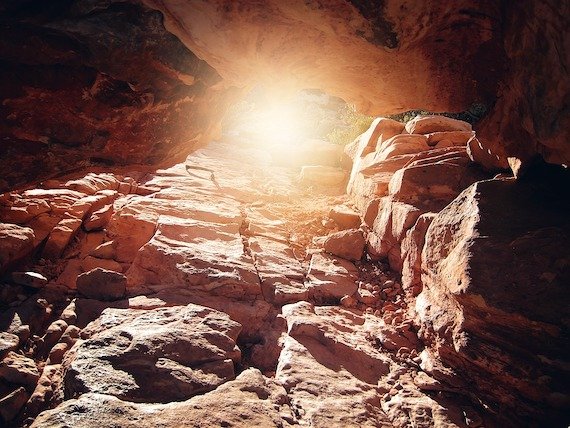 This all sounds rather like the rantings of a conspiracy theorist hovering out in the far fringe, and not the sort of person who would ever be in any sort of position of power, but this would change in 1975, when Trench inherited the title of the 8th Earl of Clancarty, giving him a seat in the British Parliament and the power to really push his far-out ideas in the government. As a full-fledged Earl, he was able to found a UFO Study Group at the House of Lords, introduce the Flying Saucer Review to its library, and most importantly, give him a launching pad to debate with other government officials on the UFO phenomenon and push for government declassification of UFO-related material. Trench would say of the historic debate he opened on the matter on January 18, 1979, and doors that opened for him in a 1981 interview in UFO Review:

I took my seat in June 1976, and a month after that I made my maiden speech, which wasn’t on UFOs, but had to do with the state of our nation. Then I started sounding a few of the other Lords out and found that quite a number of were interested in the topic. In our country, if you want to find out something from one of our leaders, you can put it in writing or ask a question in the chamber. My questions led me to believe that there was a cover-up here in this country. This set me off but good. The next thing I did was to introduce a debate in the chamber of the House of Lords. This debate went very well. In total, 14 speakers took part. The Earl of Kimberly, who is a member of our group now, was my main supporter. True, some people were talking against UFOs and some in favor of the subject, but there was no ridicule. It was treated with respect. As the result of a suggestion that I made during the debate, we now have gotten a House of Lords UFO Study Group. It has over 30 members. We would like to get two aliens or more to come and talk to our group, and I’m sure that some of them speak our language and many other languages. You are bound to get some people who will say that they are just Earth people pretending. But the point is that if you get them to do their materialization and dematerialization, paranormal abilities which are normal to them, that should be proof.

Before Trench’s tenure in the House of Lords, such things would have been unthinkable, with the UFO subject never brought up in an actual official government debate before, and it was not only a media circus at the time, but also a sort of watershed moment in the UFO field, as it showed that this was a subject that could break through and be openly discussed in government circles. Indeed, so popular was the notion of a UFO debate in Parliament that every copy of the official Parliamentary Debates records featuring the UFO transcript was sold out within 48 hours. Brinsley Le Poer Trench would die at Bexhill-on-Sea in 1995, leaving his extensive collection of papers to Contact International behind, as well as a whole lot of mysteries. Who was this eccentric man and just what did he really think and believe? As far-out as some of his ideas may seem, he is credited as being a pioneer in bringing the subject of UFOs to the British government, and holds his own odd corner in the history of ufology.

Have People Been Killed For What They Knew About UFOs?