Throughout the history of war there have been those strange accounts of something going on beyond the reality of what we know. Intersperced among the cracks betweens tales of valor and engaging the enemy there can often be found weird reports of something els lurking about out on the periphery, involving strange figures and forces beyond our comprehension, and one such wartime account comes to us from the battlefields of Afghanistan.

One of these accounts of strange intruders is that of a soldier who was operating with a special forces squad in the mountains of Afghanistan with the mission of setting up a hide-to-survey in a village several miles away that was believed to be harboring a Taliban person of interest who the military had been tracking for years. The squad’s main goal at the time was to observe the village for a few days for any suspicious activity or persons, as well as to collect any useful information that could be later used in a raid. To this end they set up a team of six men at the base and two others whose job was to creep in closer to observe from a different vantage point.

Things went well at first, but on the second day the squad began having trouble maintaining radio contact with the observation team and the TOC (Tactical Operations Center). They found that transmissions were plagued by static and sometimes would not go through at all. It was chalked up to the magnetic content of the rocks in the area and the witness and some of the men went out to re-position the Satcom in order to get a better signal. As they were doing this at around dusk, one of the soldiers said he spotted a man wearing a white robe who looked to be flitting and running through the rocks outside of the village. When this was reported the men were immediately suspicious, and the witness would say:

There was something odd about the way he described it, but we were more worried about being compromised. Needless to say, we folded up our shit and got ready to move out. We weren’t going to end up in some Lone Survivor type clusterfuck. We were the fuck out of there. So at this point it’s late dusk, and we were moving pretty quick. Everyone is on high fucking alert, we are a small element in a remote area without ready access to any kind of quick reaction force and we had no reliable comms. 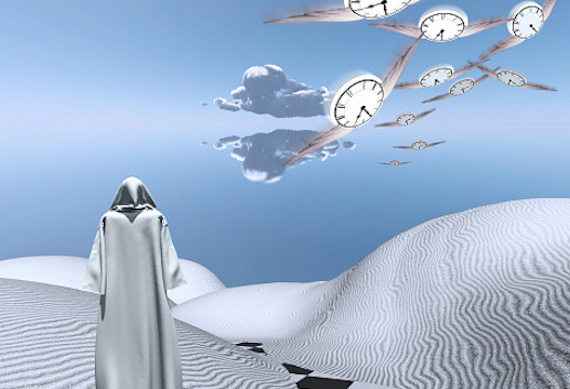 The team continued their hasty trek back towards their outpost, and the witness took up the rear, walking backwards and making sure they weren’t being followed or leaving a clear trail, his gun trained on the darkness the whole time. As he did this he spotted a fleeting glimpse of something white moving in the distance, although he could not be sure just what it was or if it was following them. Oddly, he would later report that at the time he had begun to sense the smell of freshly baked bread permeating the air and a sudden onset of a feeling of peace and relaxation, which he sensed was emanating from the direction they had come from. This sensation was so profound that he actually slowed down, and thoughts danced through his head of running over to this comfortable place he felt pulling at him from where they had been. He shook off this daze and reported to the other men what he had seen and that he thought they were possibly being trailed, to which an officer replied that he had seen something white moving as well. The witness would say:

I asked my dudes to keep their eyes open for anything, because I thought I had seen someone trailing us. Our senior scout piped in “That’s strange mom, (I was mom, long story) I thought I saw some dude in white on the ridge in front of us.” At this point all the hairs on my neck are standing up. Everything felt strange. The air felt heavy, and sort of sweet. The silence hummed loudly.

With the night steadily moving in, a sense of urgency, panic, and dread set in and the men picked up the pace, even though they were already exhausted from hauling their heavy packs over the uneasy, rugged terrain. As darkness creeped over the landscape to slowly envelope them in pitch blackness, they put on their NODS (night vision goggles), turning the world into a green haze. The night was incredibly silent, even more than usual, and there was no movement out there in the mountainous moonscape bathed in the green cast of the night vision goggles. But this eerie silence would not last, and this is when things allegedly got very strange indeed. The witness describes it best:

Hallucinations happen. But what happened was beyond comprehension. First, we heard a sound like a huge airplane taking off. A loud low buzz that slowly increased in pitch. We had to yell over comms to hear each other. Everywhere I looked, I kept seeing what looked like glowing eyes staring back at me, but once i would center my focus on where I saw them, they would disappear. We were fucking panicked. Everyone was holding their rifles at the high ready, we were expecting some kind of ambush attack and we started talking out the RP we would meet at if we needed to start a peel and move. Then it all just stopped. Everything got dark. The only thing I could hear was my breath and the blood pumping in my head. We stopped, dug into the side of the mountain, and performed SLLS (Stop look listen Smell) for about 10 minutes. Nothing. Not even bugs. The air and the land were silent. 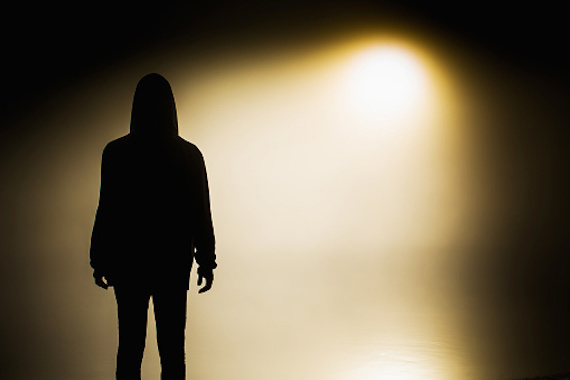 Baffled, frightened, and overcome with fatigue, the men quickly resumed their trudge through the wilderness back to their camp, very aware that something very possibly malignant and beyond their experience was out there in the dark somewhere. As they scrambled over loose rock and through scrub and brush the witness claims that he suddenly noticed on a parallel hillside the very clear sight of a man dressed in light colored robes, which seemed to be slowly making his way towards their position. Bizarrely, it seemed that that the stranger was just passing through any obstacles he came across as he moved slowly but inexorably closer. The witness would describe the rest of the surreal encounter:

He seemed to melt over and around the rocks, it was fucking unnatural the way he was moving. Through the NODS, his eyes glowed. I scoped up on him, and saw that he was looking directly at me. It was pitch black, there is no way he could have saw us from that distance without any kind of night optics. Suddenly, he stopped. He picked up one of his limbs and held it in the air, almost like he was waving at me. Then the arm melted back into his form, like it wasn’t an arm at all, but some kind of extendable proboscis that was meant to look like an arm from a distance. I was about to ask the guy's if they could see him, when he suddenly disappeared.

The witness also saw lights flickering in the distance near the town, which he presumed to be the enemy closing in on the area where the booming sound had originated. The team moved on and managed to make it back to their recovery location. They went on to recount their strange experiences and were reportedly told that it was probably all attributable to weariness, panic, and adrenaline. The whole thing was more or less forgotten until a few days later, when the story would take another weird turn. According to the witness:

The reason we did the observation was so we could bring the intel back for a raid that was to be conducted. The raid was 'successful', in the sense that finding a deer hit by a car is a successful deer hunt. Apparently, the team that moved into the village found it completely abandoned. They also found several men in the area where I had seen the lights the night we were hauling ass out of there. The corpses had been ripped to shreds, and based on the sheer amount of blood, the general consensus was that there were more men that were killed there than just the bodies that were found. It went in the official records as a successful raid with several enemy KIA's. Unofficially? No one has any idea what killed them. All I know is whatever it was...it chose. It chose those men and not us.

Whatever that “it” was remains unknown. What was going on here? What did these men encounter out there in the war-torn wilderness? Can this be explained away or is there something more to it? Who knows? It remains just one of the many other surreal and frightening paranormal experiences littering the history of war.