Something big happened 5 billion light years from Earth. Whatever it was created a space laser massive enough to be detected by a radio telescope on Earth – possibly setting a record for the most distant detection of … whatever it is. What created this massive laser and is anyone saying, “I’m not saying it’s aliens, but …”?

“This is the most distant such megamaser found so far.”

In a University of the Western Cape press release, researchers from that school, the University of Cape Town, Rhodes University, the South African Radio Astronomy Observatory, the South African Astronomical Observatory and astronomers from twelve other countries announced they had discovered a massive megamaser – a radio-wavelength laser – from an event 5 billion light years away. The astronomers --- they call themselves the LADUMA (Looking at the Distant Universe with the Meerkat Array) team -- were using the 64-antenna MeerKAT radio telescope array in the Northern Cape of South Africa to look for neutral hydrogen gas in remote galaxies. Why?

“LADUMA is probing hydrogen within a single ‘cosmic vuvuzela’ that extends to when the universe was only a third of its present age.”

University of Cape Town Associate Professor and LADUMA member Sarah Blyth compared the narrow area the team was studying to a vuvuzela – those annoyingly loud, long plastic horns often banned (did we mention they’re annoyingly loud?) at athletic events. To the amazement of the astronomers, one night of observations with MeerKAT produced the discovery of a lifetime.

“When galaxies merge in collisions of cosmic proportions, the gas they contain becomes extremely dense. In particular, this can stimulate hydroxyl molecules, made of one atom of oxygen and one atom of hydrogen, to emit a specific radio signal called a maser (a maser is like a laser but emits radio waves instead of visible light). When that signal is exceedingly bright, it is called a megamaser.”

The search for hydrogen led LADUMA to a distant megamaser created by the collision of two huge galaxies 5 billion years ago. While the one-day find sounds like luck, it was actually the result of running complex scientific algorithms on large amounts of data at the Inter-University Institute for Data Intensive Astronomy (IDIA) research cloud computing facility. Fortunately, the team knew how to use the data to find the megamaser. Working backwards through X-rays, optical light and infra-red, they found the galaxy which created it after being formed by the collision of two others. Now all they needed was a name – a process they opened to the public.

“The winning suggestion was “Nkalakatha,” an isiZulu word that means “big boss,” which was suggested by Zolile Tibane, a student from Johannesburg who is studying computer science at the University of the Western Cape.”

Astronomers can now use MeerKAT to observe other cosmic vuvuzelas for hydrogen, hydrogenin galaxies and hydroxl masers in hopes of finding more remote megamasers.

Nkalakatha. Megamaser. Vuvuzela. Hydrogenin. When it comes to building your vocabulary, reading about astronomy definitely beats Word-a-Day and Wordle. 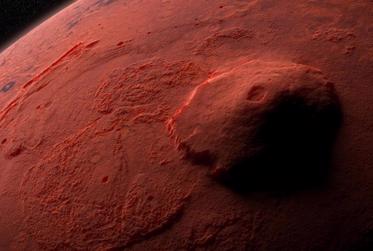