China Plans to Attack and Deflect Dangerous Asteroid by 2025

If one of the major space-faring nations announces plans to save the planet by deflecting a dangerous asteroid, is that a sign of putting space above national disputes or an indication that the space race is heating up beyond human trips to the Moon and Mars? Get ready to participate in that discussion – to celebrate Space Day of China, the China National Space Administration (CNSA) unveiled its asteroid monitoring and defense system which it plans to utilize as early as 2025 on a threatening asteroid by attacking it to change its orbit. How many levels of “What could possibly go wrong?” does this affect?

"This is another practical solution that China proposes to build a community with a shared future for mankind, and it is the duty for a major space power to protect mankind from possible disasters that could end the entire human civilization."

Song Zhongping, a military expert and space observer, takes the noble view in a Global Times interview, pointing out that China could join forces with the US and Russia in building asteroid monitoring systems. In the same article, Li Mingtao, professor at the National Space Science Center under the Chinese Academy of Sciences, says the amount of impact craters of various sizes on the Moon should be a warning that “asteroid impact is not that unusual or unrealistic for us mankind."

“… the CNSA is developing a simulation software for possible impact from near-Earth asteroids and will organize rehearsals for the defense process to address the common threat and shouldering the responsibility as a major global power in safeguarding the Earth with other countries.”

On the other hand, China National Space Administration deputy head Wu Yanhua doesn’t sound like he’s planning cooperation – he sees China carrying the asteroid elimination show on its own shoulders. As many military and political experts are quick to point out, a ground-based and space-based monitoring and warning system for asteroids can easily switch to a monitoring and warning system for missiles – and a deflection system for space rocks can work equally well for satellites and space weapons.

According to the official Xinhua News Agency, Wu announced that China intends to send a spacecraft toward an asteroid in 2025 or 2026 to both study it and then deflect it, but he gave no details on how this would work or even a name of the asteroid CNSA has picked for the test. The date is to coincide with the end of the 14th Five-year plan period (2021-2025) designated by China’s Central Commission for Cybersecurity and Informatization. 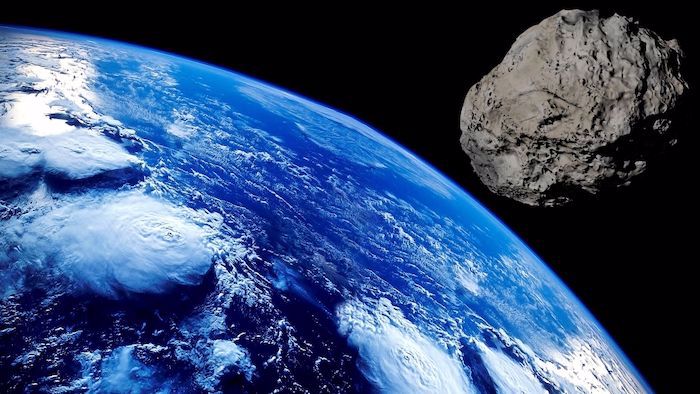 One might look at this aggressive plan and lack of details as a warning to be cynical about any noble goal of international cooperation against dangerous asteroids, but that could also be said of NASA and the Russian space program as well. A bigger concern might be whether such a program is needed at all. The Moon is covered in craters because it has no atmosphere. On the other hand, Earth has a protective atmosphere and its surface is 80 percent water. Is an aggressive asteroid protection system really necessary … or are ALL of them thinly-veiled weapons programs?

If there’s one good thing that can be said of the private space programs, they don’t appear to be designed as weapons programs. That may change as SpaceX – and others – obtain more of the government contracts that keep them in business. That means it’s the taxpaying public – us – paying for the weaponization of space.

Is that really what we want?

When A UFO Case Becomes Personal (Kind Of...)