Do You Believe in Werewolves? Maybe You Should

Yes, that is a very controversial title for an article! However, the fact is that numerous people claim to have encountered creatures that look like huge wolves, and that are said to be roaming around the United States on two limbs, no less. No wonder there’s a growing belief that werewolves really do exist. Maybe they do. As far as the history of the werewolf is concerned, it goes back a long time. While many people tie the legendary man-beasts to the Middle Ages and Europe, it’s a fact that within the history and lore of ancient Greece, people were said to change their forms into wolves and back again. We’re talking about what is known as shapeshifting. With that said, though, let’s have a look at the controversy surrounding the werewolf of today. Its alternate name – and very popular name - is the Dogman. There’s no doubt that sightings of Dogmen have occurred in relatively recent times. It was, however, in the early 1990s when things really took off. And, the key person who got things going was Wisconsin journalist and author, Linda Godfrey, who has now written an absolute handful of books on the Dogman enigma.

Let’s see what Linda – who very generously let me interview her about this creepy phenomenon - has to say about this undeniably weird mystery: “The story first came to my attention in about 1991 from a woman who had heard rumors going around here in Elkhorn, and particularly in the high school, that people had been seeing something like a werewolf, a wolf-like creature, or a wolf-man. They didn’t really know what it was. But some were saying it was a werewolf. And the werewolf tag has just gotten used because I think that people really didn’t know what else to call it." Linda continued: “I started checking it out. I talked to the editor of The Week newspaper here, and which I used to work for. He said, ‘Why don’t you check around a little bit and see what you hear?’ This was about the end of December. And being a weekly newspaper that I worked for, we weren’t really hard news; we were much more feature oriented. So, I asked a friend who had a daughter in high school and she said, ‘Oh yeah, that’s what everybody’s talking about.’ So, I started my investigations and got one name from the woman who told me about it. She was also a part-time bus driver. 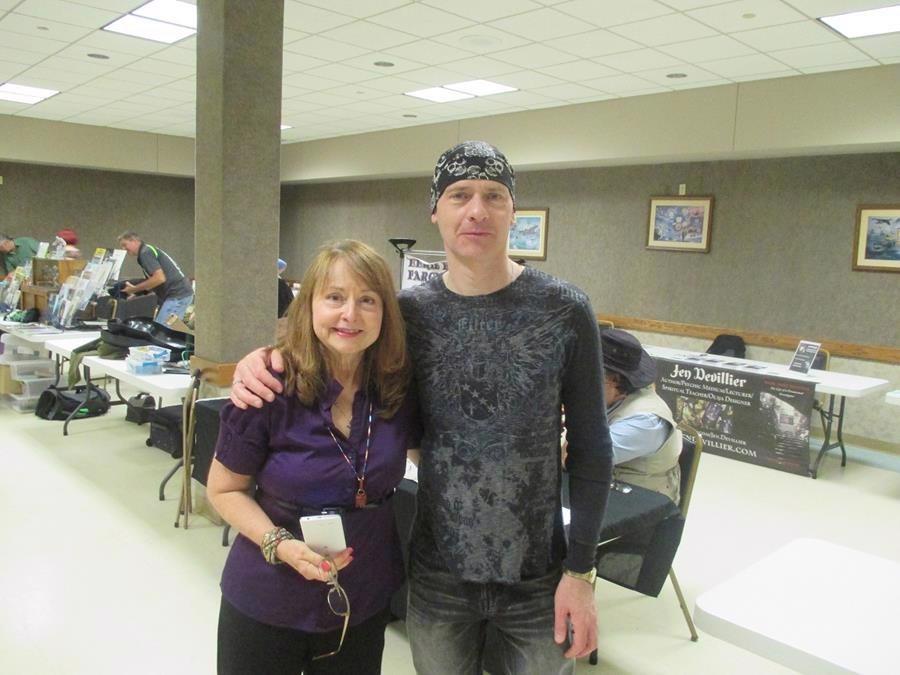 “In my first phone call to the bus driver, she told me that she had called the County Animal Control Officer. So, of course, when you’re a reporter, anytime you have a chance to find anything official that’s where you go. I went to see him and, sure enough, he had a folder in his file draw that he had actually marked Werewolf, in a tongue-in-cheek way. People had been phoning in to him to say that they had seen something. They didn’t know what it was. But from their descriptions, that’s what he had put. So, of course, that made it a news story. When you have a public official, the County Animal Control Officer, who has a folder marked Werewolf, that’s news. It was very unusual. It just took off from there and I kept finding more and more witnesses. At first they all wanted to stay private, and I remember talking about it with the editor and we thought we would run the story because it would be over in a couple of weeks. The story was picked up by Associated Press. Once it hit AP, everything broke loose, and people were just going crazy. All the Milwaukee TV stations came out and did stories, dug until they found the witnesses, and got them to change their minds and go on camera, which some of them later regretted. And which I kind of regret, because it really made them reluctant, and kind of hampered the investigation.

“They were all mostly saying that they had seen something which was much larger than normal, sometimes on two legs and sometimes on four, with a wolfish head. Some described it as a German Shepherd-like head, pointed ears, very long, coarse, shaggy, and wild-looking fur. One thing they all mentioned was that it would turn and look at them and gaze fearlessly or leer at them, and it was at that point that they all got really frightened. Everybody who has seen it – with the exception of one – has been extremely scared because it’s so out of the ordinary. It was something they couldn’t identify and didn’t appear to be afraid of them. It would just casually turn around and disappear into the brush. It was never just out in the open where it didn’t have some sort of hiding place. There was always a cornfield or some brush or some woods. So, that was pretty much the start of it." 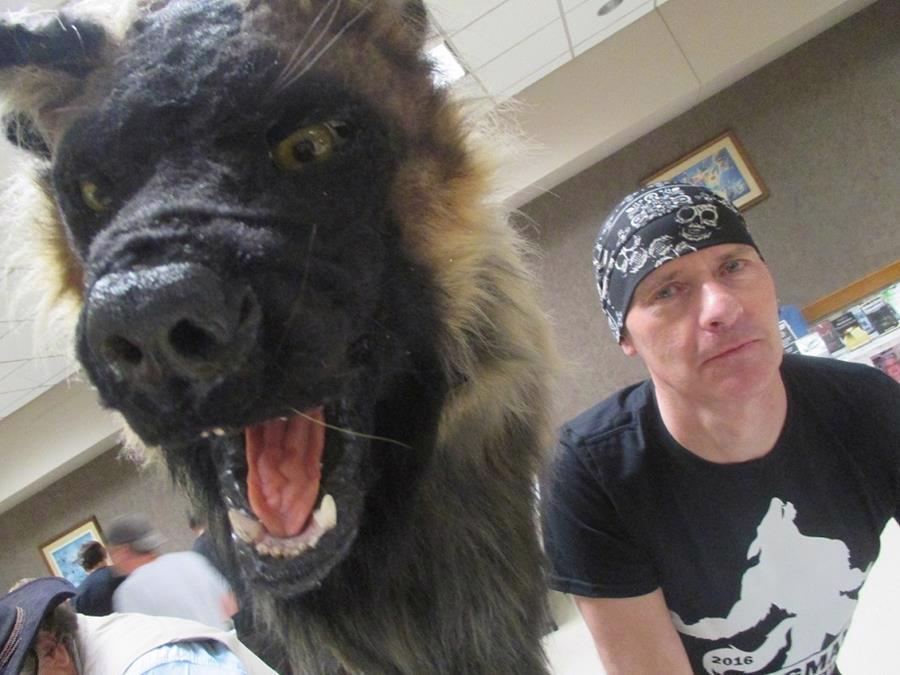 Finally from Linda: “Once that got out, I started finding other people who called me and got in touch with me and I sort of became the unofficial clearinghouse. And we called it the Beast of Bray Road because I’ve always been reluctant to call it a werewolf. The original sightings were in an area known as Bray Road, which is outside of Elkhorn. Everybody seems to have an opinion about this that they are eager to make known and defend. I personally don’t think there are enough facts for anybody to come to a conclusion. I have a couple of dozen sightings, at least. A few of them are second-hand and they date back to 1936. I’ve had a woman write me who insists it’s a wolf. And I think a lot of people subscribe to that theory; yes, it’s definitely a wolf and can’t be anything else. But that doesn’t explain the large size.” Nor does it explain the fact that the creatures walk and run on their back legs. And they do so effortlessly.

So, what are we dealing with? Real werewolves? Well, in a way, I think the answer is “Yes.” But, not in the traditional way. You’ll see what I mean. It’s very important to note there are hardly any reports of the Dogman shapeshifting. And those reports that do fall into that category are controversial at the very least. A full-moon doesn’t seem to have any bearing on the creatures. In other words, there’s no evidence to suggest the Dogmen are werewolves in the traditional, folkloric fashion. When we put all of this together what we see – in the 21st century – appears to be a rare form of wolf that has, somehow, achieved the ability to walk and run on its back limbs. Of course, if you were confronted by a five-to-seven-foot-tall wolf late at night – and on its hind limbs, no less – your first thought probably would indeed be “Werewolf!”

Not everyone agrees with me, though. I have to admit, for example, tthere are some cases that seem to have paranormal aspects attached to them. I have a couple of cases in which the creatures vanish in small “clouds,” not to be seen again. I’ve heard a theory that the Dogmen are extraterrestrials. Or creatures that can “leap” from dimension to dimension, something that prevents us from capturing the creatures. Whatever your theory – or my theory – might be, there is one thing for sure: creatures are roaming around much of the United States that look like the classic werewolf. Beyond that? The whole thing remains a definitive mystery.