Many people need convincing that the U.S. government, especially Congress, is seriously concerned about unidentified aerial phenomena (UAPs) or unidentified flying objects (UFOs). This may not do the trick, but it’s a sign that things are happening. New documents obtained by The Black Vault – a public repository of non- or declassified government documents – reveal the Navy pilot of the F/A-18 Super Hornet jet whose film of a UFO in 2015 was internally referred to as the “Gimbal” sighting gave a secret briefing to members of the U.S. Senate in 2019. Did his testimony convince them? 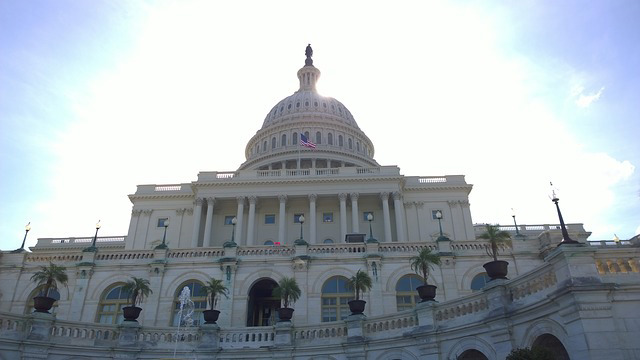 “Towards the end of one of the night flights (redacted) was conducting during the at-sea period, he and his pilot detected an air contact via (redacted) coming from the east and heading towards the ship. Initially thinking it may be a simulated advisory aircraft as well part of the COMPTUEX scenario, he took a (redacted) lock to investigate further.”

(You can read the entire redacted document here.)

This was one of two January 2015 encounters by Navy pilots from the nuclear aircraft carrier USS Theodore Roosevelt sailing off the U.S. East Coast near Jacksonville, Florida. The pilot said they first thought it was part of a training exercise, treated it as an adversary and maneuvered accordingly. The “Gimbal” video (you can view it here) is one of two where the audio clearly shows the pilots expressing disbelief at what they saw. The declassified document reports on the Senate meeting, stating that the government officials were “very receptive” to the pilot's testimony and asked questions concerning what should be done in the future. It noted that this was the first time Senate staffers had met with any of the pilots who witnessed the UAPs.

While the names of the four government attendees were redacted, one was a “Detailee for Sen. Tom Cotton (R-AR)" and the document stated that “Sen. Reed, Sen. Durbin and Sen. Menendez were all interested in this topic and will likely desire to talk with pilots directly who have observed these unexplained craft.” Those are Senator Jack Reed (D-RI), then chairman of the Armed Services committee, Senator Dick Durbin (D-IL) and Senator John Menendez (D-NJ). The document does not indicate if their meeting occurred.

The Black Vault is nothing if not persistent in seeking records such as these … it requested them for three years before finally receiving this response. It is undoubtedly pursuing more related to the code-named 'FLIR1,' 'Gimbal,' and 'GoFast' videos as well as similar instances of government officials investigating them. Kudos are in order for The Black Vault.

Is this enough to convince the skeptical that the U.S. government is concerned about these encounters? Hardly. Well, that’s not our official response … that, like the documents, is 'redacted'.

Insufficient Privileges Message in Your Feed? READ THIS!