Healing Waters and the Curse of Brunswick Springs

Sitting out in the Northeast Kingdom, of the state of Vermont, on Silver Lake, along the Connecticut River, is a place called Brunswick Springs. Located out among idyllic, picturesque woodland, it is a fairly remote place, the nearest town being Brunswick, with under 300 permanent residents. The springs themselves are a true geographical anomaly in that each one of the six springs that can be found here have completely different mineral contents, such as Arsenic, Iron, Calcium, Magnesium, Bromide, and Sulfur, all of them flowing under the crest of a steep hill to spew forth from the same single knoll before draining down into the Connecticut River 65 feet below. Yet besides the pleasant woodland location and the geological oddity that the springs are, the area has also become known for being a mystical place said to be haunted and cursed.

Even before white settlers arrived in the region of Brunswick Springs, the area was sacred and imbued with mystique. The indigenous Abenaki people believed that the woodlands here were roamed by spirits, and that the springs held magical powers of healing, which they called the “medicine waters of the great spirit.” For centuries the Natives came here from far and wide to be healed of their wounds and cured of all manner of diseases and other ailments, yet it was said that one was to only come here in daylight hours, as after dark the woods would be prowled by evil spirits. The nearby Silver Lake was also seen as sacred, said to be bottomless and the realm of sinister spirits. In the era before settlers this was a mystical place that was hidden from the outside world and which the Abenaki closely guarded, a place they both cherished and feared.

With the arrival of settlers, the springs took on an important role. It is said that during skirmishes with settlers during the French and Indian wars, warriors would be brought to soak in the springs to completely heal their wounds so they could go out and battle again. When the tribe was ravaged by the diseases these outsiders had brought with them, they used the Brunswick Springs to cure themselves, crediting these magical waters for preventing the extinction of their people. At the time, the white man did not know of this mystical place, and indeed its location and purported powers were kept secret from the settlers, but this would change.

The story goes that one day in 1748, an injured enemy soldier was wounded during a battle with the Abenaki, and he was amazingly rescued by some tribesmen, who took pity on him and brought him to the spring. At the time, his arm was badly wounded, ravaged with infection and so mangled he could barely move it. He thought for sure that it would need to be amputated, but when he was exposed to the springs, his arm supposedly miraculously healed until it was as good as new. To bring an outsider to the healing springs, let alone an enemy soldier, was strictly forbidden at the time, so the elders were already furious, but things would only get worse from there. The soldier was so impressed with the healing powers of the springs that he purportedly went back there to bottle some of the water for the purpose of selling it. He was then told in no uncertain terms that to take the water from there and sell it to the white man was forbidden. According to the story, a melee ensued as they fought over it, which tragically resulted in the death of an Abenaki man and baby. The baby’s mother, overcome with grief and rage, then supposedly cursed the land against any outsiders who would try to exploit the springs, and so the tale of the Brunswick Springs curse would begin.

Despite the remote locale and talk of Indian curses, this did little to stop the influx of people looking to make a buck once the word got out about the purported healing powers of the springs. In 1860, the first attempt to build a hotel resort here was built by Charles Bailey. Called the Brunswick Springs House, it was envisioned as an upscale resort to cater to wealthy patrons seeking the healing waters, and it featured pipes that brought the water up from the springs all the way up to the 60 guest rooms, further angering the Natives because it was defacing a sacred place. The curse seems to have taken effect, because just a few years later the resort mysteriously burned to the ground. After this, a dentist named D.C. Rowell built a hotel called the Pine Crest Lodge, which overlooked the Connecticut River. It did not have much luck either, as it shortly after collapsed into the river below and was destroyed. The hotel was rebuilt, only to burn down not long after that. 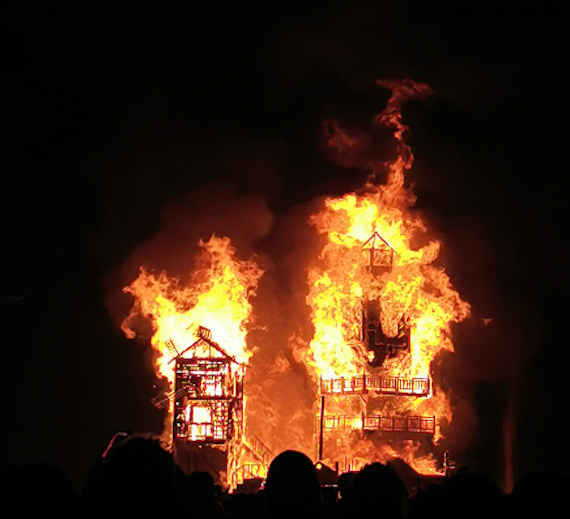 In 1929, a man named John Hutchins took a shot at starting his own hotel here, and right after its grand opening it promptly burned down in a fire. Undeterred, he had another hotel built there the following year, and it too was gutted by fire. Incredibly, in 1931 Hutchins built yet another hotel at the same spot, this one sporting 100 rooms and even larger and more opulent than the others, but this one burned down too. In all of these cases no cause for the fires was ever found. Authorities deemed them to be due to accidents or arsonists, but locals attributed it to the curse. The last hotel resort to be attempted here was built by a Henry Savage and it was a huge success- until it burned down in a raging fire. He quit after that.

In later years the land would return back to the ownership of the Abenaki and further development of the area halted, meaning we will never really know what fate would lie in wait for another such venture. To this day, the area is still said to be pervaded by insidious forces, with many reports of feeling an undefinable sense of dread or of being watched, and electrical equipment or compasses are said to go haywire on occasion. Even more sinister are the stories of people who have come here to kill themselves by hanging from the trees, as well as the case of a woman who died here after driving her car into the lake. The area’s springs are also still said to retain their powers, with some locals swearing by this, telling of having been healed of injury and with other elderly residents crediting the water for longevity. What is with this place and what mysteries does it hold? We may never know for sure.

John Keel's Theories For What Happened at Roswell in 1947: He Got Very Close 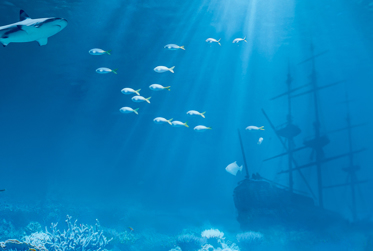 World's Deepest Shipwreck Discovered Four Miles Down in the Pacific