Bigfoot. The Black Eyed Children. The Men in Black. The U.S. Navy. And Black Helicopters. What do they all have in common? You might very well think there is no connection. I assure you, though, there is: it’s nothing less than invisibility. That’s right: they are all tied to invisibility in strange ways. We’ll begin with Bigfoot. Most investigators of the Bigfoot and cryptid ape phenomena take the view that the beasts they seek are flesh and blood animals that have been incredibly lucky, in terms of skillfully avoiding us, or getting captured and killed. There is, however, another theory that may explain how and why Bigfoot always eludes us, at least when it comes to securing hard evidence of its existence. It’s a theory that posits the creatures have the ability to become invisible – that’s to say, they can “cloak” themselves so that we do not see them. It’s a theory that the bulk of Bigfoot enthusiasts have absolutely no time for. It is a fact, however, that regardless of what people think of the theory, there is certainly no shortage of reports.

The website Native Languages notes: “The Bigfoot figure is common to the folklore of most Northwest Native American tribes. Native American Bigfoot legends usually describe the creatures as around 6-9 feet tall, very strong, hairy, uncivilized, and often foul-smelling, usually living in the woods and often foraging at night...In some Native stories, Bigfoot may have minor supernatural powers - the ability to turn invisible, for example [italics mine] - but they are always considered physical creatures of the forest, not spirits or ghosts.” Indeed, I have eight cases of Bigfoot creatures becoming invisible when people are in the area. Think of something along the lines of the alien in the 1987 movie starring Arnold Schwarzenegger – Predator – and you won’t be far away. Now, let’s get onto the almost legendary Philadelphia Experiment.

It was in 1955 that a highly controversial book on flying saucers was published. The author was Morris Ketchum Jessup, and the title of his book was The Case for the UFO. It was a book which, for the most part, highlighted two particular issues: (a) how gravity could be harnessed and used as an energy; and (b) the source of power of the mysterious flying saucers that people were seeing in the skies above. It wasn’t long after the book was published that Jessup was contacted by a man who wrote Jessup a number of letters that detailed something astounding. The man was one Carlos Allende, a resident of Pennsylvania. Allende’s letters were as long as they were rambling and almost ranting, but Jessup found them oddly addictive. Allende provided Jessup what he – Allende – claimed were top secret snippets of a story that revolved another nothing less than invisibility – of the type achieved, in fictional formats, at least, in the likes of The Invisible Man movie of 1933, starring Claude Rains. It wasn’t just invisibility that Allende had on his mind: it was teleportation, too, and of the kind which went drastically wrong for Jeff Goldblum’s character, Seth Brundle, in 1986’s The Fly.

Jessup read the letters with varying degrees of amazement, worry, fear and incredulity. That’s hardly surprising, given the nature of the alleged events. So Allende’s tale went, it was at the Philadelphia Naval Yard, in October 1943, when the U.S. Navy reportedly managed to bring both teleportation and invisibility into the real world. According to Allende, the ship in question – the DE 173 USS Eldridge – vanished from Philadelphia and then very briefly reappeared at Norfolk, Virginia, after which it returned to the Philadelphia Naval Yard. How did Allende know all this? He told Jessup that he was on-board a ship whose crew were monitoring the experiment, the USS Andrew Furuseth. In one of his letters, that detailed his own, claimed sighting of the Eldridge vanishing form view, Allende wrote that he watched “the air all around the ship turn slightly, ever so slightly, darker than all the other air. I saw, after a few minutes, a foggy green mist arise like a cloud. I watched as thereafter the DE 173 became rapidly invisible to human eyes.” Allende’s story was, to be sure, incredible. But, the important thing was: was it true? That question still circulates to this day. Now, onto invisible helicopters.

Tales of what have infamously become known as “black helicopters” abound in the field of conspiracy-theorizing. Two of the biggest questions surrounding the phenomenon are: (a) who has the technology and power to fly such craft; and (b) from where do they operate? There are good reasons to believe that the phenomenon had its origins at none other than Area 51. It should be noted that accounts of black-, and even silent-, helicopters abound. Not only that, their origins can be traced back to a program that began in the early 1970s at Area 51. In 1995, the U.S. magazine, Aviation Week and Space Technology, published an article which, in part, stated that, “…the U.S. military has been working for years on at least two helicopter projects. The more recent is [the] development of a light, very quiet helicopter with a mast-mounted sight.” There are, however, cases of invisible helicopters, too. I have a handful of reports of black helicopters flying around the area of Dulce, New Mexico – where, allegedly, an “underground alien base” is supposed to exist. In these cases, the helicopters appear to vanish from sight in a shimmering fashion and that make the craft almost completely invisible.

How about the Men in Black and the Black Eyed Children? There’s no doubt that both are connected. They have plastic-looking skin. Some wear bad wigs. Their skin is sickly pale in appearance. And almost always both wear black clothes. As for head-gear, for the BEC it’s hoodies. For the MIB, it is fedora hats. There’s another connection. That’s right: invisibility. While I don’t have many reports of the BEC and the MIB becoming invisible when people see them, there are certainly enough to demonstrate there is a real phenomenon, that the MIB and the BEC can camouflage themselves to the greatest degree ever: invisibility.

The Ultimate Guide to Using Your MU Podcast RSS Feed 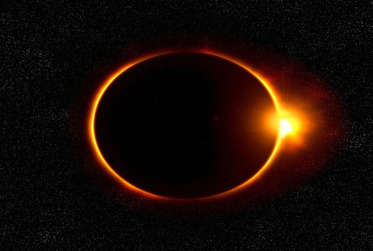