Make mention of the name Lee Harvey Oswald and most people will immediately – and quite understandably – think of the tragic events that occurred at Dealey Plaza, Dallas, Texas on November 22, 1963. Oswald was killed two days later by a local nightclub owner with Mafia ties. His name was Jack Ruby. The fact is that because Ruby fatally shot Oswald, he – Oswald - never went to trial. It’s an assumption, a theory, that Oswald was the gunman (or one of several gunmen) at the Grassy Knoll when JFK was killed. A theory is all it’s likely to remain: given the large passage of time since November 1963. And, the fact that just about anyone with firsthand knowledge of the affair is now dead themselves, practically ensures that the mystery is almost certainly not going to be resolved to the satisfaction of everyone with an opinion on the matter. Still on the matter of Lee Harvey Oswald, it’s a lesser known fact that some researchers suggest that Oswald was involved in an earlier assassination operation – albeit one that failed. Much of what we know of this other affair comes from the controversial Warren Commission that addressed the murder of the president and concluded that Oswald was the killer. On this other, intriguing, issue the Warren Commission members began as follows, under the heading of “The Attempt on the Life of Maj. Gen. Edwin A. Walker”:

"At approximately 9 p.m., on April 10, 1963, in Dallas, Tex., Maj. Gen. Edwin A. Walker, an active and controversial figure on the American political scene since his resignation from the U.S. Army in 1961, narrowly escaped death when a rifle bullet fired from outside his home passed near his head as he was seated at his desk. There were no eyewitnesses, although a 14-year-old boy in a neighboring house claimed that immediately after the shooting he saw two men, in separate cars, drive out of a church parking lot adjacent to Walker's home. A friend of Walker’s testified that two nights before the shooting he saw ‘two men around the house peeking in windows.’ General Walker gave this information to the police before the shooting, but it did not help solve the crime.  Although the bullet was recovered from Walker's house, in the absence of a weapon it was of little investigatory value. General Walker hired two investigators to determine whether a former employee might have been involved in the shooting.  Their results were negative. Until December 3, 1963, the Walker shooting remained unsolved." 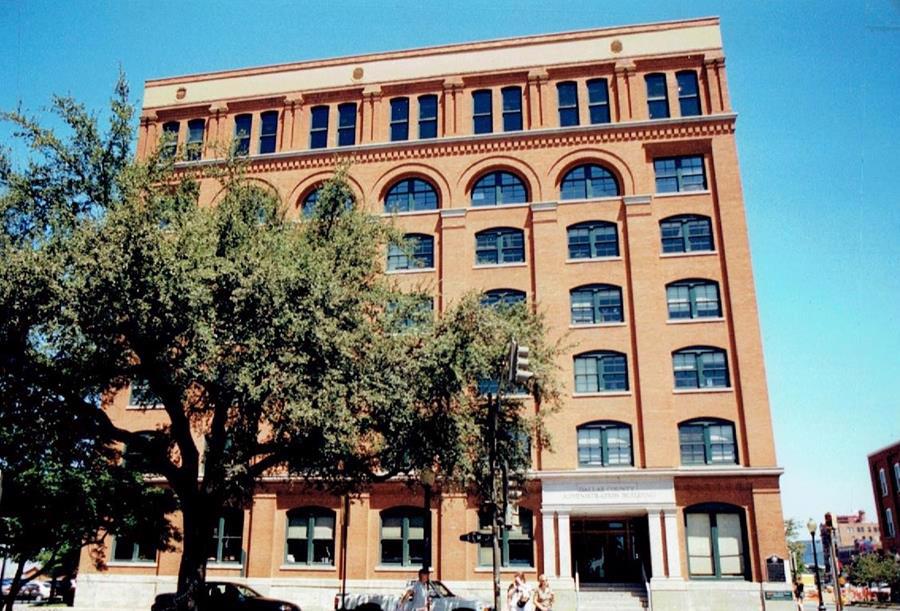 One of the most intriguing of all the aspects of this particular story from the Warren Commission reads as follows: "The members of the Warren Commission added: 'Prior to the Walker shooting on April 10, Oswald had been attending typing classes on Monday, Tuesday, and Thursday evenings. He had quit these classes at least a week before the shooting, which occurred on a Wednesday night. According to Marina Oswald's testimony, on the night of the Walker shooting, her husband left their apartment on Neely Street shortly after dinner. She thought he was attending a class or was on his own business. When he failed to return by 10 or 10:30 p.m., Marina Oswald went to his room and discovered the note.' She testified: 'When he came back I asked him what had happened. He was very pale. I don't remember the exact time, but it was very late. And he told me not to ask him any questions. He only told me he had shot at General Walker.' Oswald told his wife that he did not know whether he had hit Walker; according to Marina Oswald when he learned on the radio and in the newspapers the next day that he had missed, he said that he 'was very sorry that he had not hit him.' Marina Oswald's testimony was fully supported by the note itself which appeared to be the work of a man expecting to be killed, or imprisoned, or to disappear. The last paragraph directed her to the jail and the other paragraphs instructed her on the disposal of Oswald's personal effects and the management of her affairs if he should not return."

There's more: "The Commission evaluated the following evidence in considering whether Lee Harvey Oswald fired the shot which almost killed General Walker: (1) A note which Oswald left for his wife on the evening of the shooting, photographs found among Oswald's possessions after the assassination of President Kennedy, (3) firearm identification of the bullet found in Walker's home, and (4) admissions and other statements made to Marina Oswald by Oswald concerning the shooting. Note left by Oswald --- On December 2, 1963, Mrs. Ruth Paine turned over to the police some of the Oswalds' belongings, including a Russian volume entitled 'Book of Useful Advice.'"

(Nick Redfern) One of my many journals on the JFK assassination, Walker, and the Marilyn Monroe-UFO connection

Want even more? Here it is: "In her testimony before the Commission in February 1964, Marina Oswald stated that when Oswald returned home on the night of the Walker shooting, he told her that he had been planning the attempt for 2 months. He showed her a notebook 3 days later containing photographs of General Walker's home and a map of the area where the house was located. Although Oswald destroyed the notebook, three photographs found among Oswald's possessions after the assassination were identified by Marina Oswald as photographs of General Walker's house. Two of these photographs were taken from the rear of Walker's house. The Commission confirmed, by comparison with other photographs, that these were, indeed, photographs of the rear of Walker's house. An examination of the window at the rear of the house, the wall through which the bullet passed, and the fence behind the house indicated that the bullet was fired from a position near the point where one of the photographs was taken."

The conclusions by the Commission: "Based on (1)  the contents of the note which Oswald left for his wife on April 10, 1963, (2)  the photographs found among Oswald's possessions, (3)  the testimony of firearms identification experts, and (4)  the testimony of Marina Oswald, the Commission has concluded that Lee Harvey Oswald attempted to take the life of Maj. Gen. Edwin A. Walker (Resigned, U.S. Army) on April 10, 1963. The finding that Lee Harvey Oswald attempted to murder a public figure in April 1963 was considered of probative value in this investigation, although the Commission's conclusion concerning the identity of the assassin was based on evidence independent of the finding that Oswald attempted to kill General Walker."