Among the many types of UFO encounters on record, some of the most compelling and believable are those that have happened out near military airbases. Here we often have very reliable and trained witnesses who have very little reason to lie, and who generally seem to come away from such events fully stumped as to what has gone on, with no immediate rational explanation. Such reports are mostly known from the United States and Europe, but they go on in various far-flung places, and one region with its share of spooky air base UFO encounters is the island nation of Japan.

Sitting out at a place called Chitose, on Japan’s northern island of Hokkaido, is Chitose Air Base, a Japan Air Self-Defense Force base and an integral base for monitoring Japan’s maritime borders with Russia. Back in 1947, the United States Armed Forces had taken over the base in the wake of World War II, and it was primarily under the control of the United States Army Air Forces, and later the United States Air Force Fifth Air Force. From July 1, 1947 to September 16, 1947, it was also the center of a very strange flap of UFO phenomena that has never been explained.

On July 1, 1947, a strange radar target was picked up 16 miles north of the base on a course of 180 degrees, moving at 500 m.p.h at an altitude of approximately 9,000 feet. The target sharply reversed course to 360 degrees and was tracked out to a range of 28 miles, before abruptly changing course again to 240 degrees, then reversing and returning to its original position before fading out of range. During the duration of the incident, the object seemed to not only defy known physics and technology at the time, but also break into two smaller objects, before merging back together again. A portion of the official report reads:

In the case of the pick-up on 1 July 1947 it was indicated as being more than one object. The size was comparable to that of the response received from four P-51 type aircraft. When this target initially reversed course at point A’  it broke up into two responses and then again merged into one large response on its outbound course. 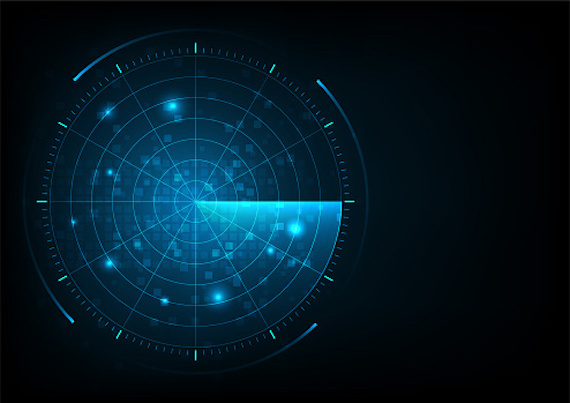 There could be found no origin for the mystery object and no known aircraft were supposed to be operating in the area at the time. Two more radar contacts of this nature were picked up on August 29 and September 16 of that year, with the September incident showing something moving at supersonic speeds and showing maneuverability far beyond what was known at the time. The official report would conclude on this:

The speed indicated in the last report seems unreasonable for piloted aircraft since it was well into the supersonic range. The target, if an aircraft, would require an extremely large fuel supply for this speed. If rocket propelled, it is hard to visualize its operation for a long enough period of time to enable it to return to its base. The cable report of this last sighting indicated that further details, including weather, would follow. Upon receipt of this information a better evaluation may be possible. Present information does not permit a definite evaluation that all objects reported were either aircraft or airborne missiles but does support the conclusion that they were not natural phenomena. Great stress was given by the reporting agency to the high degree of proficiency of the radar operators and controllers in each case. An operator of even moderate proficiency would have no trouble in differentiating between a target and weather phenomena. Frontal activity as seen on a radar screen would show depth while the reflection from a meteor exists for such a short period of time that it would probably not be distinguishable from static interference. Therefore,  it appears that the incidents are not due to natural phenomena.

What was going on here? In 1952 there was a strange incident at Haneda U.S. Air Force Base, near Tokyo, where on August 5 of that year two Air Force control tower operators at the base noticed a brilliant light in the sky. This object approached the base and clearly hovered near the control tower, and it was noticed that behind the light, there was a dark circular shape four times the light’s diameter. This unidentified object apparently flitted around and did a variety of aerial maneuvers, all while being tracked both visually and by ground radar. The base was alarmed, and an F-94 interceptor was scrambled with pilot 1st Lieutenant W.R. Holder, who was unable to successfully lock onto the mysterious object as he chased it. A report on the incident would read:

The UFO was given chase by the F-94, tracked on ground radar also, and went into a series of circular maneuvers, repeated several times. At one point, the UFO suddenly raced away at a clocked speed of 300 knots (about 345 mph), dividing into three separate radar targets at spaced intervals. Contact with the UFO either by radar or visually from Haneda AFB, was maintained for over 30 minutes. During this period, scattered witnesses saw the UFO exactly where radar showed it to be. The UFO maneuvers were so clearly under intelligent control that Major Dewey Fournet, the representative of Project Blue Book at the Pentagon, elected it one of the example that would prove that UFOs are spaceships from some other planet. 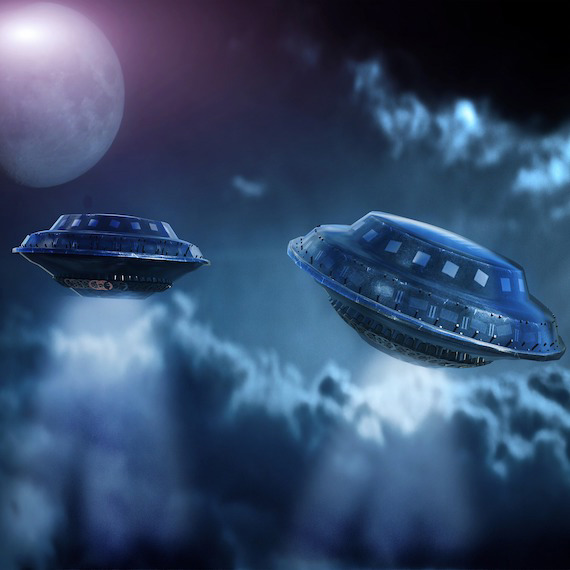 The whole thing would be brushed under the carpet, the official explanation being that it had been  “a light that looked like a star and false radar echoes caused by a temperature inversion layer.” The UFO study called the Condon Report, of the University of Colorado would come to the same conclusion, but some ufologists disagree, with researcher Patrick Gross stating:

This is one of the cases that the Colorado Project has considered “explained” – a star and an anomalous radar propagation. Not so. On the contrary, as a careful study of the records shows, it is a very interesting case of anomalous flying objects in the sky who fly under intelligent control and cannot be of human origin. The Colorado Project, a skeptical UFO study effort conducted for the USAF that did not want to deal with the UFO problem anymore, minimized the details of the sighting. Every little detail of the case is important. Actually, it is by forgetting and minimizing case details that this case has been turned into an “explained” case by the Colorado Project which lead to the Condon Report. Professor James McDonald, a world famous specialist of meteorology and atmospheric physics, who disagreed with the handling of UFO cases by the Condon Report, re-evaluated and re-investigated the case and demonstrated how erroneous the Condon Report conclusion on this case – and on many other cases – was. I deeply encourage the seriously interested person into reading all the documents listed above.

Who knows what was going on there. Moving ahead to 1963, we have a case from Naha Air Base, in Okinawa, Japan, with a report filed from a base personnel to NICAP. The witness, named Marty, says that he was skywatching with a partner called Frank at around 11:40 p.m. on June 26 of that year when they saw something up there in the sky that they could not explain. The witness would say of it:

It looked like nothing we had ever seen before. I positioned my binoculars for a better look. We did not use the term “UFO” at that point, but we knew the craft we saw did not match anything in the Air Force’s aircraft inventory. We saw a large, slow-moving disk traveling in a steady northerly direction–right smack over our base. We did not see the usual flashing navigation lights or red and green wing-tip lights. All pilots who fly at night must have their aircraft’s navigation lights turned on. It was not just an unusual cloud formation, flares or a weather balloon. In the Air Force, working as communications specialists at control towers and around busy flight lines, Frank and I became knowledgeable about most types of aircraft in the military inventory. It traveled at an estimated speed of one hundred knots. The craft held a steady altitude of three or four thousand feet. It had a diameter of about seventy-five feet. We saw no antennae, dome, windows or markings. It was silent and produced no engine noise. Having a disk shape, it looked as flat as a quarter. The craft’s outer surface appeared smooth, constructed of a dull, yet reflective metallic material. Its outer edges appeared razor thin. 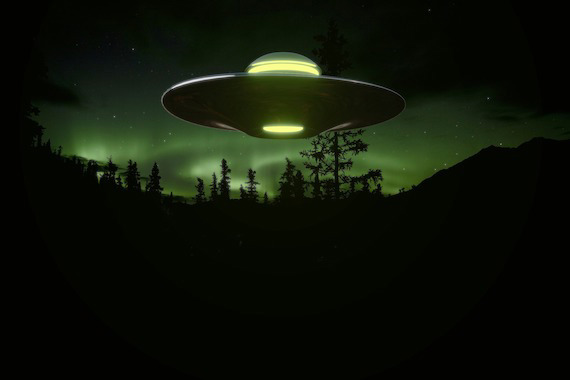 At first they were afraid it was preparing to engage them, they decided to get out of there, but luckily it was moving away from them and they relaxed somewhat. They then climbed the building’s fire ladder to watch the strange object, which they did until it faded out of sight. They then were in confusion about what to do about what they had just seen, and when they called it in they were told that there had been no radar contacts to corroborate it. Marty began watching the skies hoping to see the object again, and after several weeks of searching in vain he was successful. He says of this:

For weeks, I spent my free time watching the night sky and hoping for another sighting. I even bought a Nikon 8mm camera. I carried it with me wherever I went—just in case. My hopes of seeing it again began to fade after several weeks. However, just as I started to think the earlier sighting was just a onetime fly-by, I saw it again. Returning to my barracks from a second shift tour at the Communications Center, I decided to relax for a while. I sat in a chair on the second floor outside landing. Propping my feet up onto a railing, I began reminiscing about the first sighting. Since I was alone, the thought scared the hell out of me. Just before 1:00 a.m. I was about to call it a night when it reappeared. A craft similar to the type Frank and I saw one month earlier. In an instant, my mind switched from a relaxed state to one of “fight or flight.” My body froze and my adrenaline level skyrocketed. My hair hackled. My heart raced. I could not move my legs. My camera—I left it in my room. In my mind, I calculated the best course of action. There I was, sitting alone in the dark outside my barracks with no one else around, except–what? Common sense soon prevailed. No light beams were shooting down at me from the craft. It became clear that it took no notice of me and was moving northward away from my position. Thank God. After a few seconds, my brain regained control of my body and I was able to move my legs. I stood and took the next logical step, I ran like hell.

Once again, no radar contacts were reported. The witness was requested to fill out an Unidentified Aircraft Report and he declined, wary of being seen as crazy. That seems to have been the end of it, and we will probably never know just what really went on out there. Indeed, all of these cases remain unsolved and mostly forgotten, but they are certainly bizarre examples of these sorts of reports going on all over the world.