The Strange Saga of the Rendlesham Forest "UFO landing" of 1980

In the final days of December 1980 multiple, strange encounters and wild incidents occurred in Rendlesham Forest, Suffolk, England. And across a period of three nights, no less. Based upon their personal encounters, many of those who were present believed that something almost unbelievable came down in the near-pitch-black woods on the night of December 26. Lives were altered forever – and for the most part not for the better, I need to stress. Many of those who were present on those fantastic nights found their minds dazzled, tossed and turned – and incredibly quickly, too. Those incidents involved American military personnel who, at the time it all happened, were stationed in the United Kingdom. Their primary role was to provide significant support in the event that the Soviets decided to flex their muscles just a little bit too much – or, worse still, planned on hitting the proverbial red button and ending civilization in hours. Maybe, even in minutes. Reportedly, those U.S. personnel who were in the area and helped to protect the U.K., came face to face with something much stranger than the likes of a crashed Soviet satellite, a secret Stealth-type plane that malfunctioned and went off-course, or something similar to today’s drones – all of which have been suggested as potential candidates for the whatever-it-was that landed four decades ago. Some, though, are absolutely certain that unearthly entities were encountered: aliens from another world.

To understand exactly what occurred in the woods on those fateful nights, it’s important that we go back to the beginning: (a) the events themselves; and (b) a near-legendary memo on the incidents that was carefully prepared by Lieutenant Colonel Charles Halt. At the time, he was the Deputy Base Commander at RAF Bentwaters. On January 13, 1981, Halt prepared the following report; it was sent to the U.K. Ministry of Defense (MoD) for scrutiny. It gives a fairly brief – but certainly detailed – account of what happened: “Early in the morning of 27 Dec 80 (approximately 0300L) two USAF security police patrolmen saw unusual lights outside the back gate at RAF Woodbridge. Thinking an aircraft might have crashed or been forced down, they called for permission to go outside the gate to investigate.” Halt’s document continues: “The on-duty flight chief responded and allowed three patrolmen to proceed on foot. The individuals reported seeing a strange glowing object in the forest. The object was described as being metallic in appearance and triangular in shape, approximately two to three meters across the base and approximately two meters high. It illuminated the entire forest with a white light. The object itself had a pulsing red light on top and a bank(s) of blue lights underneath. The object was hovering or on legs. As the patrolmen approached the object, it maneuvered through the trees and disappeared. At this time the animals on a nearby farm went into a frenzy. The object was briefly sighted approximately an hour later near the back gate.” 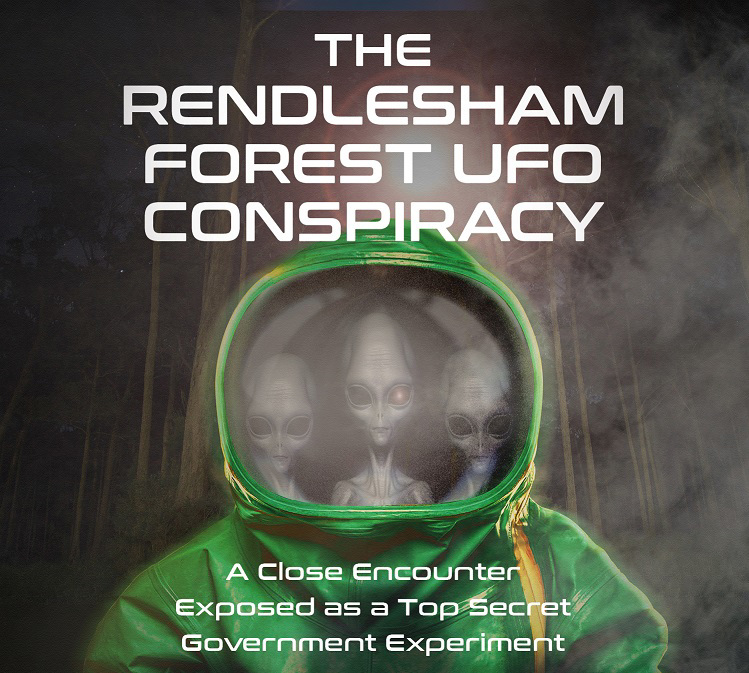 In 2020, I wrote a book titled The Rendlesham Forest UFO Conspiracy: A Close Encounter Exposed as a Top Secret Government Experiment. I still stand by my belief that what happened in Rendlesham Forest involved drugs, mind-control and hypnosis to alter the minds of the military personnel who were on the site. However, I believe in looking from all angles. So, with that said, I’m going to share with you one of the lesser-known theories for what might have happened in those woods. It’s the matter of Cosmos 749, a Soviet satellite that plunged through the earth’s atmosphere just a few hours before the Rendesham events began, and which was seen burning up over significant portions of Europe. Rendlesham researcher Ian Ridpath noted that the satellite broke up as it hurtled through the skies, with “the last fragment” possibly having “burnt out somewhere east of Clacton.”

For those who may be interested, Clacton-on-Sea is an English town situated around 40 miles from Rendlesham Forest. I have heard all sorts of tales about wreckage from the satellite coming down in (or near) Rendlesham Forest, and of debris being found in the waters off the east coast of England - and temporarily housed somewhere on the Royal Air Force Bentwaters-Woodbridge bases that, in 1980, dominated the area around the forest. I've even heard controversial stories of Ministry of Defense technology to semi-"guide" the failing satellite to a site where surviving portions of it could have, potentially, been secretly retrieved for analysis. It's hardly surprising that this particularly controversial aspect of the story has reached a definitive dead-end.

Now, we get to an even more controversial issue. At the same time the events at Rendlesham Forest were occurring, there was an incredible encounter of the UFO kind in the United States. When, shortly before 9:00 p.m., Vickie Landrum, her grandson, Colby, and Betty Cash exited the restaurant where they had just eaten a fine Texan dinner, they couldn’t imagine what was just around the corner. As they headed towards the town of Huffman, they were terrified by the sudden sight of an unknown object in the sky. Worse, it was descending on a flight-path guaranteed to ensure it landed on the road they were on. As they got closer, they could see the aerial thing appeared to be in flames and shaped not unlike a diamond. It reached a perilously low level of around twenty-five feet, something which ensured a screeching of brakes and the car brought to a shuddering standstill. The interior temperature of the car suddenly reached intolerable levels. The three jumped out of the vehicle and could only stare in awe and fear. Then, out of the blue, around two dozen, double-rotor helicopters were on the scene, clearly intent on caroling the UFO. Or, perhaps they were escorting it. Cash was sure they were Boeing CH-47 Chinooks. They watched as both the UFO and the helicopters left the area and were finally lost from sight.

Within days, all three fell sick: nausea and vomiting were at the forefront. Betty Cash was the one affected most of all – which may be explainable by the fact that she was the one member of the group who got closest to the object. Her hair started to fall out, her skin was covered with pustules and blisters, and the nausea got worse. Despite attempts to force the US Government to come clean on what went down, there was nothing but denial after denial from the authorities. The case is a puzzling one, with some UFO researchers believing the three encountered a real UFO, while others suspect they were unfortunate enough to cross paths with a top secret, nuclear-powered, prototype aircraft that was in deep trouble.

It's interesting to note that the witnesses at Huffman reported seeing multiple helicopters surrounding the craft. Now, consider this: It just so happens that Royal Air Force Woodbridge, for a long time, had an interesting helicopter-based connection attached to it. As Captain John E. Boyle of the U.S. Air Force revealed to me in 1988: “In the late 1960s and early 1970s, the 67th Aerospace Rescue and Recovery Squadron stationed at RAF Woodbridge [provided] standby rescue coverage for the American space flights. Of course, they were never needed to provide emergency rescue actions, but at the time, the unit was trained and available to rescue astronauts with their HH-53 and HC-130 aircraft. In early 1988, the 67th ARRS was re-designated as part of the 39th Special Operations Wing, their primary mission changing from that of rescue to supporting U.S. Special Operations forces. Their secondary mission remains that of search and rescue and they would provide any assistance necessary in future space missions.”

Was there some kind of top secret operation – in December 1980 in Rendlesham Forest - that involved the capture of a Russian vehicle that was secretly transferred to the United States? Perhaps, it’s time for someone to dig deeper into that particular theory.

Infiltration of Our Planet by Human-like Aliens