The Strange Story of the Kersey Village Time Slip

One of the weirder corners of the paranormal is that of what are called "time slips." These are instances in which individuals or even whole groups of people have seemed to pass through some veil between time and space, to find themselves flung back far back into the past to witness events there before being catapulted right back into the present, often confused and with no idea what has happened to them. Such cases tend to be rare, but when they do happen they also tend to be very bizarre indeed. One such time slip allegedly happened to a small group of young men in England, which seems to have taken them back into the past of a small village and leave a strange unsolved mystery behind.

It was the fall of 1957, when in October of that year, three cadets with the British Royal Navy went out into the English countryside at Suffolk for a simple map reading training exercise. On this day, the cadets, named William Laing, Michael Crowley and Ray Baker, had the objective to simply to follow a route through the scenic area, observe several assigned locations, map a route to a waypoint, make notes of what they found, and then return to report to their superiors. Considering that it was a clear, sunny day, it was more or less a pleasant walk through the picturesque countryside, and at first that’s precisely what it was, but things were about to take a turn into the weird.

Along their route, the men passed the small hamlet of Kersey, a charming little village of only a few hundred people known for its rustic streets and historical medieval buildings. As they looked out at the village it seemed like just another normal, quiet day, the church bells ringing out to join the bird song in the air, wisps of smoke climbing out of chimneys. Since Kersey was an assigned location along their route, they approached the village to observe it, but as they did things allegedly got very weird, indeed. It began with the silence. The church bells were no longer ringing, the birds stopped singing, and even the sound of the wind seemed muted, as if a wall of silence had descended on them. Everything seemed still, the leaves not stirring on the streets, the branches of trees paused, everything seemingly frozen in time, even some ducks in a nearby stream were standing motionless, and perhaps even weirder still was that there was no one out walking about, despite it being a pleasant sunny day. Even the smoke form the chimneys had stopped churing out smoke. Indeed, as they entered the village it seemed entirely deserted, and one of the cadets would say of the unsettling eerie scene:

It was a ghost village, so to speak. It was almost as if we had walked back in time. I experienced an overwhelming feeling of sadness and depression in Kersey, but also a feeling of unfriendliness and unseen watchers which sent shivers up one’s back… I wondered if we’d knocked at a door to ask a question who might have answered it? It doesn’t bear thinking about.

Things got even stranger still as they began exploring the village. There were no cars anywhere to be seen, no phones wires, no bicycles, and the road itself seemed roughly cobbled and old-fashioned. Although there were many medieval buildings in Kersey, they also noticed that they could see absolutely no modern buildings around them. All of the houses were of a medieval-style, all hand-built and timber-framed, with greenish glass windows covered in a film of grime. Adding to the surreal quality was that even the season seemed to have changed. Whereas it had been autumn, one cadet would mention that now “it was verdant… and the trees were that magnificent green colour one finds in spring or early summer.” They decided to approach one of these quaint, seemingly deserted buildings and looked inside, where they were surprised to see that it was some kind of a creepy butcher’s shop. One of the witnesses would say of the odd sight:

There were no tables or counters, just two or three whole oxen carcasses which had been skinned and in places were quite green with age. There was a green-painted door and windows with smallish glass panes, one at the front and one at the side, rather dirty-looking. I remember that as we three looked through that window in disbelief at the green and mouldy green carcasses… the general feeling certainly was one of disbelief and unreality. Who would believe that in 1957 that the health authorities would allow such conditions?

They looked into some other buildings to find that, although they seemed to be houses, there was nothing in there, no furniture and no sign of life at all, as if they had suddenly been abandoned by residents who had taken all of their possessions with them. It must have been quite sudden because the smoke from the chimneys that they had seen had also stopped. They went to look for the church tower because it was a major landmark where they thought they would be able to get their bearings, but were startled to find that it simply was not there anymore, as if it had vanished into thin air, even though they had clearly seen it from outside of the village and it was the most famous building there. Where had it gone? Where had everyone gone? At this point the three men were feeling very unsettled and spooked. There was an ominous, vaguely menacing feeling of dread coming over them, and they decided to get out of there as quickly as possible.

As soon as they left the village, they would report that everything abruptly went back to normal. The bells started again, the birds sang, the crisp wind of autumn hit them, leaves fell from trees, and the chimneys once again belched smoke. The church tower was also once again there towering over the surrounding buildings, and the three astonished cadets could not account for any of it. Although their superiors confirmed that they had reached Kersey, the stranger details of the account were brushed off at the time and they would just sort of swirl around in the back of the witnesses’ minds. 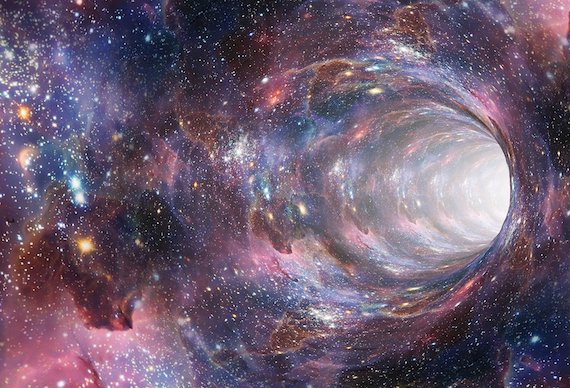 It would not be until many years later when in the 1980s the case came to the attention of paranormal researcher Andrew MacKenzie, of the Society for Psychical Research, when he received a letter from Lang and Crowley. Intrigued, he went to meet with the men and even went to the village with them, and the more he learned the more he became convinced something truly strange had happened here. One of the main things that impressed MacKenzie was that the account was very historically accurate, for instance the building with the cow carcasses indeed had once been a butcher’s shop, although in 1957 it would have been a private residence. Other observations of the layout of the town also matched true historical records, which was information these cadets would not have likely known. MacKenzie came to the conclusion that not only had these men traveled through a time slip, but he even worked out just what era they had gone to. He surmised that because the village had been mostly deserted and the tower was not visible to them that it had been before the tower had been completed and when the village had been ravaged by the Black Death, by his estimate sometime in the early 1400s. He was so impressed with the case that he would include it in his 1997 book on time slips titled “Adventures in Time.”

Of course there have been skeptics as well. For instance, it has been pointed out that glass windows would have been very expensive during that era and that it would be unlikely for a butcher shop with so many cow carcasses to be there in such a tiny village, as meat was a luxury product that would have been more common in larger towns. In the end there seems to be no way to know for certain what these men experienced out there in that idyllic English countryside. Were they somehow transported temporarily to another time through means we may never fully understand? Or is there some other more rational explanation? It remains unknown.

UFO Researchers: Is Someone Listening to Your Calls?