The Strange Story of the Witch of Plum Hollow

There have long been those mysterious people who have drawn to them stories of withcraft and magic. Throughout history there have been such people who have populated the cracks beyond what we know, generating enough mystery that they become imprinted upon the lore of their land. One such person was a supposed witch who has a place in Canadian history, and would generate much discussion and wonder.

The woman who would come to be known as the “Witch of Plum Hollow” has a suitably mysterious history. Not much is known for certain about her early life, but she was born Jane Elizabeth Martin in County Cork, Ireland, in 1794, to a landowner of English descent and a colonel in the British Army and a Spanish gypsy mother. When she was a young woman, her disciplinarian father arranged a marriage for her, but rather than go through with it she ran away with another man she loved, a soldier by the name of Robert Joseph Harrison, and they headed overseas to Canada, settling near Cobourg, Ontario, where they had a child. Things were great at first, but tragedy hit when her husband died to leave her a single mother in this strange new land. She would marry again to a shoemaker named David Barnes, with whom she would move to take up farming at a humble cabin near Plum Hollow, once a thriving agricultural center just North of Athens, and South of Smiths Falls, Ontario, and have nine children together, although two of these would tragically die at a young age. It was here where her life would take a turn into the mysterious.

It is not known just when exactly Elizabeth discovered her supposed gifts, but she would claim that her powers had been with her since childhood, and come from her being the seventh daughter of a seventh daughter, as well as from her gypsy heritage. Whatever the case may be, it was at Plum Hollow that she began gaining a reputation as a clairvoyant and soothsayer. She first started demonstrating her gifts after her husband grew tired of farming and left her to raise her children on her own. She started with giving simple fortune telling services by reading tea leaves, and at first it was just a little side gig to help support her large family, but it would soon expand to her claiming to have visions in which she could see the future playing out. At first there was just a trickle of curiosity seekers who came to see Elizabeth at her little isolated cabin, but she proved to be eerily good at what she did. 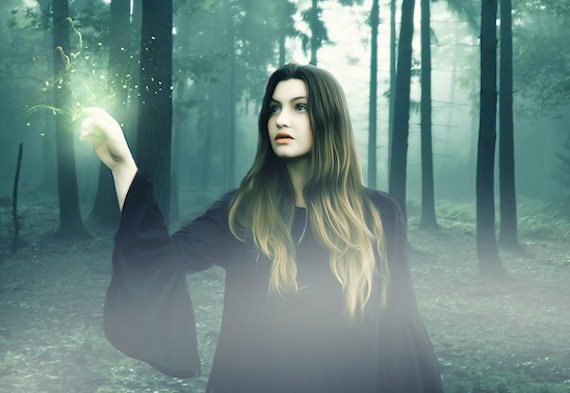 The list of success stories of Elizabeth Barnes’ powers is long. Once a man who was missing his sheep was told that they had been stolen by a neighbor who was keeping their meat and hides in his cellar, and sure enough they were exactly where she said they would be. In another case a woman was told that she would marry, live by a railroad track, and that one of her children would be killed, and this happened precisely as she said it would. On yet another occasion a local landowner asked her about a missing deed and she told him in great detail that “It is tied with a blue satin ribbon and is hidden in a white satin slipper in the home of a relative,” and when he went to check this relative’s home he found it to be exactly so. Elizabeth even purportedly divined the location of the body of a missing man named Morgan Doxtader, and not only that, she also revealed who had killed him, his cousin Edgar Harter, who was then arrested, found guilty, and hanged.

One famous story is how she read the fortune of John A. Macdonald, then attorney general for Upper Canada. He asked her where the new capital of the gestating Dominion of Canada would be, and she told him that it would be located at the tiny, rugged logging town of Bytown, which at the time would have been seen as an absurd assertion. However, she insisted that Bytown was the place, and that the parliament buildings would be located on the west side of the canal. On top of this, she predicted that Macdonald would be the first Prime Minister of the new country. When the Dominion of Canada was formed in 1867, Queen Victoria made Bytown, now known as Ottawa, the capital, the buildings would be located just where Elizabeth had said they would be, and Sir John A. Macdonald would indeed be Canada’s first Prime Minister. 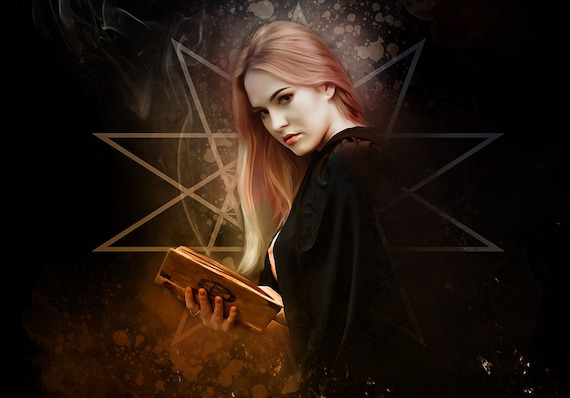 Fueled by her numerous accurate predictions, tales of Mother Barnes’ remarkable powers spread, and before long this small operation had grown substantially, with people making the journey from far and wide for her consultations, often offering her quite large sums of money, yet despite this she would only ever accept her usual rate of 25 cents per session. She was now being called “Mother Barnes,” and she began demonstrating other powers as well, such as “water witching,” which was basically dowsing, or the ability to divine the location of underground water through the use of a willow wand, and she was apparently always right. She even expanded on this power to use her wand to find lost treasures and other items. She was becoming quite the celebrity, and although she was never seen as insidious or evil, a local reporter would call her The Witch of Plum Hollow and the name would stick. People continued to pour in from all over, and one report in the Ottawa Valley Days would read:

On any day of the week a motley cavalcade of saints and sinners waited on this remarkable woman. Politicians and peddlers, rich and poor, the great, the near-great and the not-great, lovelorn maidens and dames in crinolines — all consulted the “Witch of Plum Hollow”.

She would continue to work her wonders while raising her seven children and three orphans, and she gave readings and used her dowsing powers all the way up to her death in 1886 at the age of 92. She would originally be buried in an unmarked grave in Sheldons Corners, Ontario, although in later years she would receive a proper headstone from some local cheesemakers, and her cabin still stands today as a sort of local historical landmark, situated on a gravel road called “Mother Barnes Road” and complete with a plaque on a boulder that reads “The Home of Mother Barnes.” It was in recent years listed with Re/Max Realty for sale at $249,000. The story of the Witch of Plum Hollow would remain a local curiosity until it was made more famous with the release of Thaddeus William Henry Leavitt’s book The Witch of Plum Hollow in 1892. Was there anything to this, or is it just a strange little piece of lore? Who knows?