The Strange Story of the Wizard's Clip Demon

In the 1772, a man by the name of Adam Livingston came from Pennsylvania to Smithfield, West Virginia, in the United States, to settle on 350 acres of farmland he had inherited from his father, along with his wife, three sons, and four daughters. They had come there to escape from a series of mysterious calamities that had beset them in Pennsylvania, including failed crops, disappearing livestock, anomalous noises, strange fires that came from nowhere, and other unexplained phenomena that had frightened them away. In West Virginia, they spent many years leading a simple and peaceful life, seemingly having put their woes behind them, but this was not meant to last, and they were about to become the center of a very strange series of events involving a bizarre poltergeist haunting.

It began with the arrival of a mysterious stranger. In 1794, a drifter came to their farmhouse seeking shelter for the night, and Livingston took the man in, taking pity on him. The quiet middle-aged man seemed very normal and cordial at first, but that night he suddenly fell violently ill, coughing and wheezing uncontrollably. The stranger summoned Livingston and told him that he felt he was dying and requested a Catholic priest be brought in to tend to his last rites. Livingston happened to be Lutheran, and had no knowledge of where he could find a Catholic priest, and so he was unable to heed to the desperate request. That night, the stranger’s condition grew worse and worse, until by morning he had expired, found in his bed the next day cold and dead. The stranger, who had never even told them his name, was buried in a corner of Livingston’s property with a simple gravestone marked with a cross. It was tragic, but the Livingston family tried to move on. However, this was easier said than done. 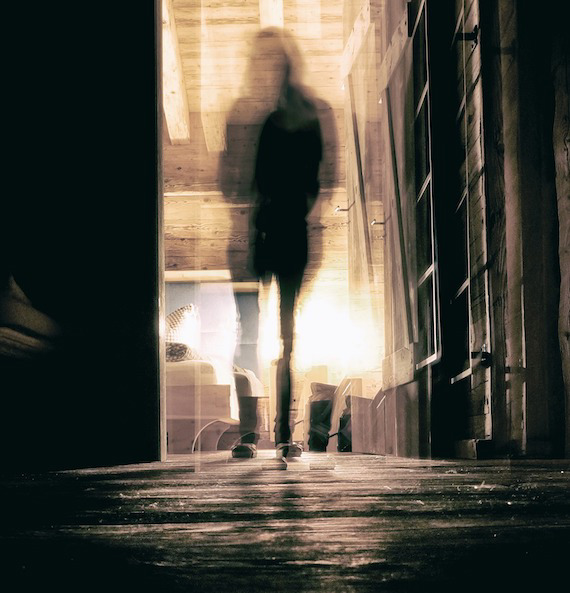 It is unknown what connection this stranger’s death had with what was to come, but what is known is that mere hours after the mysterious man's death odd phenomena began around the property, and things would never be the same for them again. It started when a man watching over the corpse, a Jacob Foster, had all of his candles go out and could not relight them no matter what he did, spooking him and causing him to abandon his vigil. After the actual burial things would get stranger still when that evening the family woke to the sound of horses hooves all through the house, as if a whole herd of horses were galloping through, yet there was nothing found there to account for it. There was also loud banging from the floor, walls, and ceiling, objects would go flying through the air, a bell on the property would clang incessantly, things would be smashed by unseen hands, and then it would get weirder still.

Livestock began to go missing or fall ill and die mysteriously, and the heads of geese, turkeys, chickens and ducks on the farm would sometimes spontaneously fall off as if cut by an invisible knife or be foound strewn about. There were also fires that would erupt all over, and sometimes embers in the fireplace or even whole burning logs would fling themselves across the room, much to everyone’s alarm. It all got more intense when they could hear the sound of scissors, and bedding, shirts, boots, clothes, saddles, and pretty much any other piece of fabric or cloth lying around would be found cut to ribbons, utterly destroyed. On some occasions these ruined articles would be found with a crescent moon cut into them, or be cut into various shapes, but at other times just found in a chaotic mess. Clothing lines would be cut, pillows would be ripped to shreds, and it got to the point when clothes would be cut apart even as people were wearing them, the invisible shears going to town as the horrified family and sometimes their guests looked on.

News began to make the rounds in the community and beyond, and the phenomenon was now being called “The Wizard Clip,” or “The Livingston Wizard,” drawing in curiosity seekers from all over the area. Many witnesses allegedly saw clothing and other articles cut apart by the unseen scissors, and even those who tried to hide belongings in their pockets would often withdraw them later to find them cut to shreds. Rocks would also be thrown out of nowhere at people, but perhaps the weirdest phenomenon was the so-called “phantom rope.” Across the road leading to the Livingston property was found a rope, but when people tried to touch it or cut it they would merely pass right through it, as if it weren’t there at all.

To make matters worse, more livestock and other animals around the farm started going missing or turning up dead, and this was all taking a deep toll on the family. They started to reach out to religious officials who could perhaps help them, but this ran into some problems. A Lutheran pastor who was brought in could do nothing for them, citing that the renegade spirit was too powerful. They then turned to an Episcopal minister and a Methodist preacher but this similarly went nowhere, with both priests being pelted with stones thrown by unseen hands until they fled in terror. One night, Livingston dreamt of a Catholic priest named Father Dennis Cahill, and was convinced that it was the Catholics who could help him. He somehow managed to track down the man he had seen in his dream and begged for help, to which he agreed. Cahill went to the property and conducted a preliminary exorcism of the grounds, upon which a sum of money which had gone missing from Livingston’s locked vault suddenly appeared on the doorstep near the priest's feet. Cahill was able to banish the paranormal activity for a time, but it inevitably came back. Another Catholic priest, Reverend Dimitri Gallitzin, also visited the Livingston residence, and when he arrived he was skeptical of the claims. However, after spending three months with the family he became convinced, once writing:

My view in coming to Virginia and remaining there three months was to investigate those extraordinary facts at Livingston's, of which I had heard so much...and which I could not prevail upon myself to believe; but I was soon converted to a full belief of them. No lawyer in a court of justice did ever examine or cross-examine witnesses more strictly than I did all those I could procure. 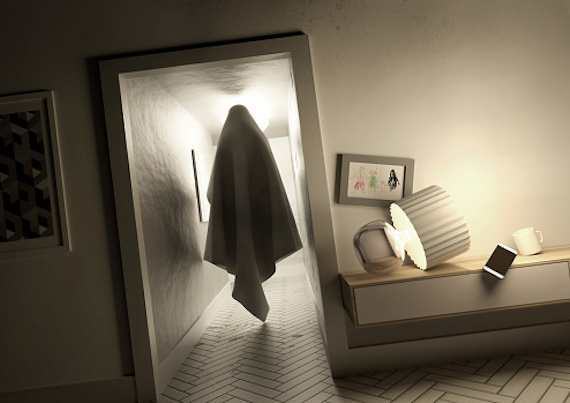 He was convinced that the phenomena was demonic in nature, and when he performed his own exorcism the house was said to shake and rumble as if an earthquake was going on. After this, the haunting seems to have stopped. At least for a while. A few months later, the Livingston family was harasses by a voice that would speak Latin and recite liturgical hymns. One night this mystical voice would allegedly wake Livingston and instruct him to gather his family to pray, and on other occasions it would give them consultation and teach them about Catholicism and piety, all of which caused them to eventually convert to Catholicism. The voice would also make predications and omens, which seemed to have always come true. Livingston would also claim to have heard voices coming from Purgatory, begging him to pray for them, and on other occasions there would be the imprints of hands burned into cloth that he claimed were from these tormented souls. It all adds to the weirdness of an already weird ordeal.

The phenomena would eventually stop, and Livingston would deed a portion of his land to the Catholic Church before moving back to Pennsylvania, where he would live up to his death in 1820. The land he donated would become a facility known as the Priest Field Pastoral Center, a 38-acre outreach and ecumenical center operated by the Diocese of Wheeling-Charleston. In 1978, the town of Middleway was added to the National Registry of Historic Places, and it remains a popular tourist attraction, although the case of the Wizard Clip incident has mostly become a more obscure historical oddity. What was going on here and what was tormenting this family? Was it a demon, ghost, or something else? We may never know for sure.