The USS Willard Keith and the Mysterious Ghost Submarine

The USS Willard Keith (DD-775) was an Allen M. Sumner-class destroyer of the U.S. Navy, commissioned two days after Christmas of 1944, under the command of a Comdr. Lewis L. Snyder. Named after Willard Keith, a United States Marine Corps captain who died in combat during the campaign for Guadalcanal, at the time it was an impressive vessel, the first type of destroyer that had the enormous forward firepower of four 5-inch barrels or even six at longer ranges, as the after mount could be trained forward to fire over the mast. After it’s shakedown training out of San Diego, California, the Willard Keith’s first mission was to serve as a training ship for engineering personnel, making weekly patrols back and forth between San Francisco and San Clemente Island, which is the southernmost of the Channel Islands of California. It was during one of these patrols that the vessel would find something strange out there at sea, which has gone on to become a strange and unsolved World War II mystery.

One spring morning in March of 1945, the Willard Keith was on its way down the coast of Catalina Island on a routine run. Most of these trips were mundane, even boring, as there were no Japanese submarines known to be operating that far into the Eastern Pacific that late in the war. They expected to find nothing, and they usually did, the patrols more of a formality and for training purposes than anything else. Indeed, the fact that there were no known enemy subs in the region was one of the reasons it made such a training location. Yet this day the training was about to get very real indeed, when right off the Farallon Islands the general alarm went off. It was something no one on board was used to hearing, and everyone was immediately jolted into action. When efforts were made to identify the threat, they found what they believed to be a possible enemy submarine prowling about, as it could not be identified as one of theirs. Indeed, its origin and nationality were completely unknown, but it was very large. Bill Anderson, a crew member on board that day who was just 18 years old at the time would say of it:

We picked it up on sonars, and we picked up the propeller noise and they gave the coordinates to the captain. It was 352 feet. It's two feet longer than our destroyer was. Tonnage was about the same. It was a monster submarine. 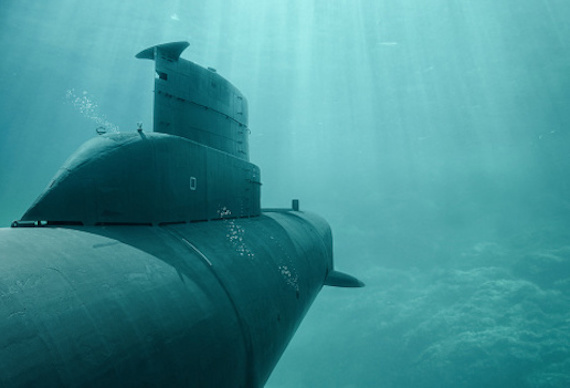 Although they could not be sure where the submarine had come from or why it was there, the only thing they did know was that it was not one of theirs, and so the captain made the choice to engage. Anderson would say, “Our skipper had been sunk twice. He wanted to shoot first and ask questions later." The Willard Keith then pulled a sharp turn, dropped a pattern of about a dozen depth charges over the target area, and soon after that the bridge reported a direct hit on the mysterious sonar contact. When the Willard Keith turned back around to check for visual confirmation of a sinking, they found a sheen of oil on the surface that indicated the object had been likely destroyed. When the incident was reported to their command, they were told that there had been no Naval submarines in the area and no known Japanese ones either, making the ordeal rather odd, but it would get even odder still.

When the Willard Keith reached the port at Treasure Island, in San Francisco Bay, the entire 350-man crew was taken on deck and told to forget what had happened and ordered in no uncertain terms to mention it to no one. At no point was it explained to them what had happened out there or what the vessel had been. After this, the Willard Keith was sent off to Okinawa to join a large operation there, and the incident was forgotten. The Willard Keith would go on to have a distinguished service career, coming out unscathed from World War II and earning two battle stars for her World War II service, before going on to be assigned to the Atlantic Fleet in 1950. The Willard Keith would have a long and storied career in such far flung places as the Mediterranean, the British West Indies, the Middle East, Cuba, and the Philippines, among others, and in later years the ship would participate in the Cuban Quarantine Operation during the Cuban Missile Crisis of 1962, after which it was used as a Naval Reserve training ship, decommissioned by the U.S. Navy in 1972, then renamed Caldes (DD-02) and used by the Columbian Navy until it was scrapped in 1977. Yet although the ship was gone, for some of the men their memories of what they had seen out there back in 1945 very much remained.

It was Bill Anderson who in later years began a search for answers when he found that the memory of the incident just wouldn’t stop lingering in the back of his mind. Official searches for answers got him nowhere, and he was told that there was no record or documentation for such an incident. However, unofficial contacts he had told him that some divers over the years had reported coming across the wreck of a submarine in the general vicinity of where they had sunk it, and this further fueled his search for answers, and he would also claim that a private intelligence source confirmed that the incident had happened. He would begin using his 33-foot boat Echo Hunter, which is equipped with a depth sounder and sonar to scour the seafloor for the submarine, as well as a remotely operated submersible vehicle. So far, he has been unsuccessful in finding it, despite some promising sonar contacts over the years. 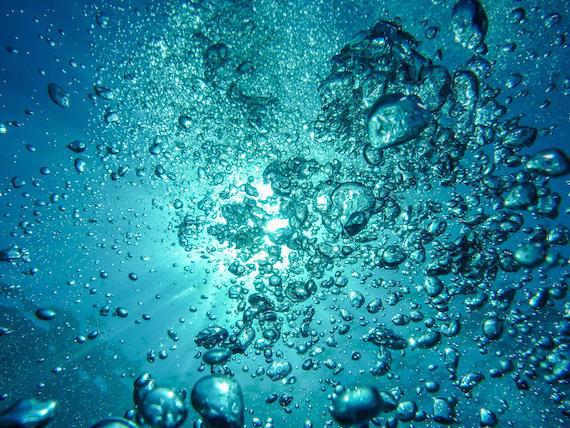 As for what they encountered that day, Anderson believes it might have been the mysterious Japanese submarine called the I-12. The I-12 was a massive submarine, 300 feet long, and had during the last years of the war been involved in missions to conduct independent operations in the central and eastern Pacific between Hawaii and California. It caused a few problems, as on October 29, 1944, the I-12 sunk the American Liberty Ship John A. Johnson, and it was the only known Japanese submarine operating that far into the eastern Pacific during that period of time. On November 13, 1944, what was believed to be the I-12 was allegedly engaged near off the coast of Baja, Mexico by the Coast Guard cutter Rockford and a Navy minelayer the USS Ardent, which rained depth charges on it and reported debris.

Considering how far east the sub had been, it was widely believed that they had sunk the I-12, but this was never confirmed and it was not corroborated by Japanese documentation captured after the war either. Inded, Japanese records claims that the I-12 continued to operate up until at least January 5, 1945, before it was listed as having been lost January 31, 1945 from unknown causes. Additionally, the I-12 would be allegedly sighted lurking about, meaning that it may have still been prowling about and encountered the Willard Keith. Could it still have been carrying out missions as far as the Farrallon Islands at the time of the incident? Who knows? It is not known whatever really happened to the I-12, but the last known sighting of it puts it in the Central Pacific, thousands of miles away from the Willard Keith.

In the end, the mystery has never been solved. What did the Willard Keith encounter out there? Was it an enemy sub or what? Why is there so much secrecy surrounding it and why can't the wreckage be found? Unfortunately there is little to corroborate any of it, with no official cocumentation and the only source being the testimony of a few men who were there decades ago. It will all probably remain an intriguing mystery at sea that we will never fully get to the bottom of.

From Mothman to the Sinister Story of “Mr. Cold”