Over the years and decades various people with connections to the U.K. and U.S. military, government, and intelligence community have tried to blow the whistle on certain cases concerning UFOs. And, they did a good job of it, as you’ll see. I should stress, though, that some of these affairs have fallen into obscurity – chiefly because ufologists didn’t want to hear the real stories of their favorite UFO cases, or because the whistleblowers were shot down. Not literally shot down, but you get the picture. We’ll begin with a book that had its origins in Utah, USA. During the summer of 1980, Playboy Press Paperbacks released a novel with the title of The Ogden Enigma. The author of the book: a man named Gene Snyder. In essence, the story revolved around what we might well call Utah’s very own Roswell. Indeed, in the story, a UFO crashes in Ogden, Utah, hence the title of the book. In the story, the craft is taken to a secure “Hangar 18”-type facility – and it's kept there for decades. Snyder’s book was far more than just a piece of cool, UFO-driven fiction.

One of the most intriguing aspects of all this took place in 1977. Snyder was approached by a man, who, using the name of “Charlie,” claimed deep knowledge of the Ogden UFO crash. And he prompted Snyder to put the tale out there for everyone to see. As the people at the Fantastic Fiction website state: "A glowing fireball shoots across the sky on invisible lines of power. It crashes in Ogden, Utah - and for thirty years remains hidden in a sealed airplane hanger. What is inside? Is it a Russian secret weapon, as our government agents suspect? Or is it the genuine remains of a vehicle from another world?" 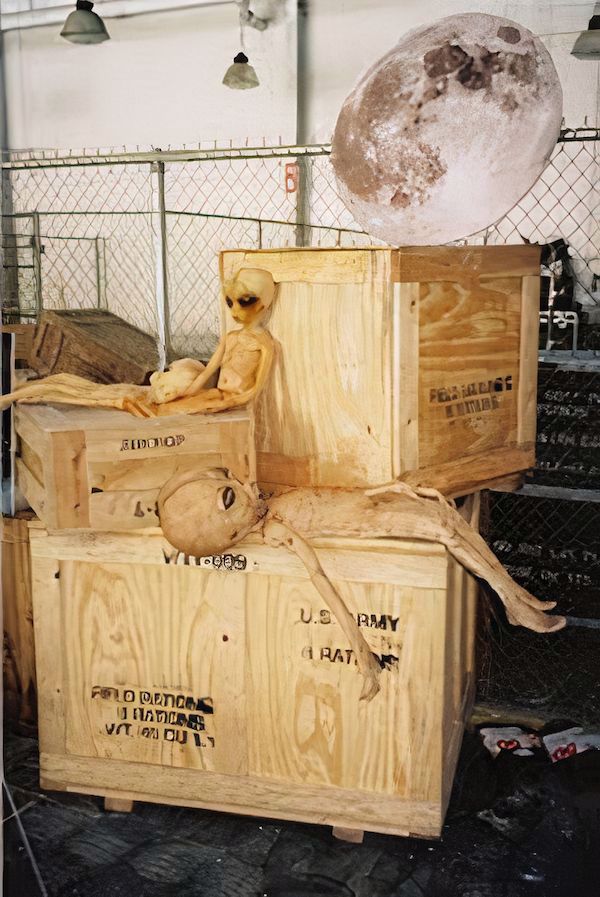 Now, the career of a man named Ralph Noyes comes into the story. His weird involvement in the world of science-fiction took off with a novel titled A Secret Property. A careful reading of Noyes’ book suggests he knew a lot about what happened in Rendslesham Forest, U.K. at Christmas 1980 – and in specific relation to top secret military experiments, rather than alien encounters. The publishers of Noyes' book, wrote: "Ralph Noyes was born in the tropics and spent most of his childhood in the West Indies. He served in the RAF from 1940 to 1946 and was commissioned as aircrew, engaging in active service in North Africa and the Far East. He entered the civil service in 1949 and served in the Air Ministry and subsequently the unified Ministry of Defense. In 1977 he retired early from the civil service to take up a writing career, leaving in the grade of under Secretary of State. He has since published several pieces of shorter fiction, most of them on speculative themes.”

The publishers added: “For nearly four years, until late 1972, Ralph Noyes headed a division in the central staffs of the Ministry of Defense which brought him in touch with the UFO problem. Since his retirement he has become increasingly interested in this subject, among others which lie on the fringes of present understanding. He sees speculative fiction as the ideal mode for grappling with these unusual areas of experience. But A Secret Property is not only fiction but also ‘faction’–at least to the extent of drawing on Ralph Noyes’ lengthy background in the Royal Air Force and the Ministry of Defense.”

Our next case takes us to not long after the end of the Second World War. And it also takes us to a man named Bernard Newman and his “novel,” The Flying Saucer. Published in the U.K. in June 1948, Newman’s work, The Flying Saucer, was the first in the world to deal with the emotive topic of crashed flying saucers. The book tells the tale of an elite group of scientists that decide to “stage” a series of faked flying saucer crashes, with the express purpose of attempting to unite the world against a deadly foe that, in reality, does not exist.

The Flying Saucer begins with a series of worldwide “UFO crashes” (involving distinctly terrestrial vehicles built for this specific task): the first in England, the second in New Mexico, and the third in Russia. The “crash sites” are carefully chosen and involve all of the three major powers that emerged out of the carnage of the Second World War. But, the work of the scientists is only just beginning. Not content with creating its bogus UFO crashes, the team takes things one step further and constructs a faked “alien body” that is pulverized in one of the crashes, and is then presented to the world’s scientific community as evidence of the alien origin of the creatures that pilot the craft. As a result of these events - and with remarkable speed - the many and varied differences between the governments of the Earth dissolve under the “Martian” threat and the final chapter of Newman’s book sees practically every international political problem hastily resolved. Another thing on this particular case: Bernard Newman worked in British Intelligence. The Flying Saucer: fact or fiction? It’s unlikely we’ll ever know now. Finally…

When Nick Pope’s UFO-themed novel Operation Thunder Child was published in 1999, I asked Pope about it. And specifically about the "fact versus fiction" angle of the book. He replied to me: “Even to you, Nick, I can’t comment on that. But, let’s put it this way: Operation Thunder Child is going to be more controversial than Open Skies, Closed Minds or The Uninvited. And, indeed, the Ministry of Defense may have more of a problem with it. Mainly because it’s going to feature real locations, real weapon systems, real tactics, real doctrine and real crisis management techniques. It’s going to blend my knowledge and experience of UFOs with my knowledge of crisis management – such as my involvement in the Gulf War, where I worked in the Joint Operations Center.”

As all this demonstrates, when you have people working in government – and who are also working in the domain of UFOs – it’s hard to know what’s real and what isn’t.