Dragons, whether they’re real or not, are already scary creatures, so adding “of Death” to their name seems to be redundant. That didn’t stop paleontologists in Argentina who recently discovered fossils of the largest pterosaurs ever found in South America from naming the species Thanatosdrakon – Greek for "dragon of death." When you hear its description, you will undoubtedly agree.

“From the beginning, two facts caught our attention: The first was the size of the remains and their preservation in three dimensions, an unusual condition in this group of vertebrates; the second was the amount of remains found at the site, since large-giant pterosaurs are only known from fragmentary remains (with some exceptions)." 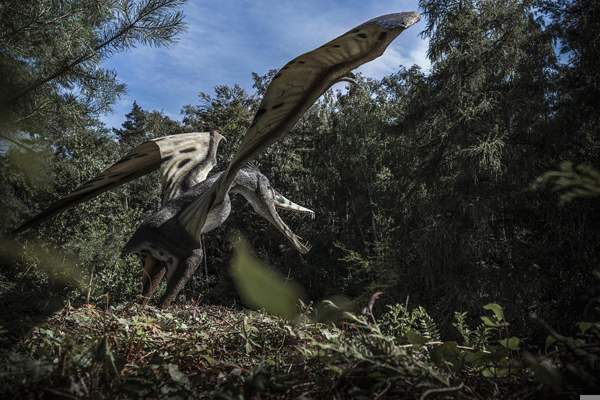 Paleontologist Leonardo D. Ortiz David, lead author of the study on this discovery published in the journal Cretaceous Research, describes the excitement that he and other paleontologists felt while monitoring excavations for a civil construction project about 500 miles outside of Mendoza in western Argentina when the workers uncovered fossil fragments. While the area is a known dinosaur fossil hotbed, they were not ready to find those of pterosaurs since their thin bones and skin rarely survive intact. At this site, Ortiz David told Live Science they uncovered complete fossils of both humeri (large arm bones) of one pterosaur, syncarpals (fused foot bones) and dorsal vertebrae. They also found fragments of phalanges (toe bones), ulna, radius (forearm bones), femur (upper leg bone) and pelvis. The team was able to piece together two pterosaurs, an adult and a immature adult, which appeared to have died at the same time but they’re not sure if they were related.

"Azhdarchids were known for their very large skulls — sometimes larger than their bodies — as well as their hyper-elongated necks and short, robust bodies."

After assembling the fossil parts, Ortiz David and his team identified them as azhdarchids, which lived primarily in Late Cretaceous Period 70 to 140 million years ago. Azhdarchids were among the last known surviving members of the pterosaurs and at the top of the size chart. These two probably had wingspans measured approximately 30 feet (9 m) wide and 23 feet (7 meters) wide. The “dragon” description comes primarily from their long necks, which is most fossil discoveries is the only part that survived. The “of death” tag comes from its monstrous head and long, spear-like jaws which combined were larger than their bodies. Illustrations and charts showing their size relative to other pterosaurs, humans and a bus can be seen here.

“It seemed appropriate to name it that way. It's the dragon of death.”

You’re probably wondering if the dragon of death was actually a flying dragon of death. The answer, according to a different study published recently in the journal PNAS Nexus, is yes. It modeled the largest extinct flying birds (Pelagornis sandersi and Argentavis magnificens) and the largest pterosaurs (Pteranodon and Quetzalcoatlus) which are thought to have used wind-dependent soaring flight similar to modern large birds. Condors and frigatebirds use thermal soaring which involves the use of updrafts to ascend and then glide horizontally. Ocean-crossing albatrosses use dynamic soaring, which involves the use of wind speed differences with height above the water. They found that Pteranodon probably thermal soared like modern frigatebirds. However, the Quetzalcoatlus, an azhdarchid like the dragon of death, was too big and heavy for that and was most likely a short-range flyer like the modern kori bustard (Ardeotis kori) – the largest flying bird native to Africa and the heaviest living animal capable of flight – which spends 70 percent of its life on the ground and the rest in flapping flights too low for any kind of wind or thermally assisted soaring. 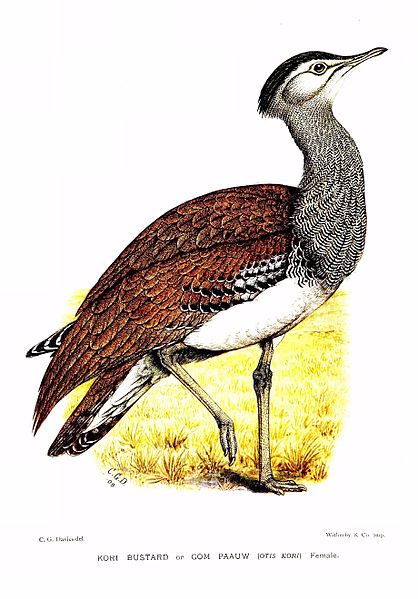 So the Thanatosdrakon amaru was merely a low airtime dragon of death. That leaves ‘Flying Dragon of Death’ as great nickname for a professional wrestler or his signature move.