Alien Hybrids and A Bizarre UFO Abduction in Brazil

Among all of the very bizarre alien abduction reports out there, we have those that seem to introduce all manner of new elements of weirdness. In some cases, these reports derail well off the deep end, and at some point we have no choice but to sit up and take notice. Whatever way cases play out, such cases have become numerous, and it is up to you to decide.

Our strange tale here begins on the evening of April 13, 1979 on outskirts of the city of Maringa in the state of Parana in southern Brazil, when a 21-year-old local man named Jocelino de Mattos and his 13-year-old brother Roberto Carlos were walking home after visiting their sister. It was a quiet, clear evening, and as they walked through an area of the suburb of Jardim Alvorada at around 11:30 p.m. they saw up in the sky what at first appeared to be an unusually bright star that they soon realized seemed to be following them. After some time of this, they were convinced that this was not their imagination and that the light was no star, and this is where things would get very strange, indeed. Jocelino would say of what happened next:

When we arrived at the corner where we normally turn right to go home, we felt a strange sensation. My heartbeat started to accelerate, rapidly. I felt my body chilling, something bad. It was the same with my legs, in all my body, a bad sensation. My blood started to run wildly in my veins and I began to walk towards a tree in the middle of a plowed field. I didn’t want to go in that direction but something compelled me and my brother to walk towards it. It was difficult for us to walk because it was plowed and already prepared for planting. Suddenly, we started to walk, and walk… It seems as if we were walking very slowly and then we were walking very fast. We fought against it, but couldn’t. We continued walking. It seemed that it was impossible for us to think of anything else. The only objective was to reach the place where the star was. When we were immediately below the big tree, we both fell down to the ground. The strange object was about 10 to 15 meters away from us and about two or three meters above the ground. It was floating silently, and that’s all I can remember except that I heard a kind of voice that said something like, “The job is not ended, we will be back.” I do not know how I heard that voice but I remember it as in a dream. 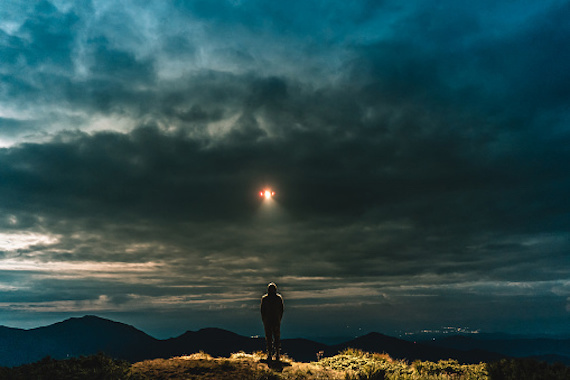 After this they both lost consciousness, and sometime later woke up in a dazed state, unsure of where they were and with difficulty standing up and walking. They managed to stumble along with each other’s help, but their limbs were slow to respond to their commands, their balance unsteady. What would have normally been an easy walk that they had taken many times before became and major task, their house seeming to be so far away as they shuffled along, and on top of this they were trembling uncontrollably and overcome with a “a strange and sudden hunger.” It was only after great effort and falling down many times that they managed to make it to their home, where the two muddied, dazed men collapsed in front of their shocked family. Jocelino would explain:

“My mother and brothers were waiting for us. They ran towards us and helped us up. We explained to them what had happened. At first, they doubted us but later they went outside with me and I pointed out the star, which was still there. As we stood looking at the star, silently hovering almost over the trees, about 300 to 350 meters away from us, I began to tell my family what had happened to me and my brother. When I started telling them this, the object seemed to observe us from that distance and suddenly my brother and I received some kind of a shock, so strong it hurled us to the ground. My mother, another brother and my sister were not touched. My mother told me later that when they touched me or Roberto, we felt electrified, or something like that. We did not feel electrified, but we couldn’t move even a finger.”

After this, the mysterious object flew off and they found themselves in control of their own bodies again. The two brothers tried to put the strange event behind them, but were haunted by nightmares and the creeping sense that they were missing something, that pieces of their memories of the evening had been plucked away. In the meantime, their story was starting to do the rounds, and Jocelino was eventually convinced to undergo hypnotic regression in order to see if there was any of trace of those missing memories somewhere in his head. The regression sessions were carried out by Dr. Oswaldo Alves, and it was found that indeed there was something lurking under the surface of what Jocelino consciously remembered. He would say under hypnosis that after collapsing in that field they had floated into the air and towards a door of some sort that had opened in the side of the object, and he would explain of what happened:

Then there were two men in the doorway. One of them came in front of me and looked at me very attentively. He took up an object which I didn’t recognize, touched the object to my left arm, and gestured to me to get inside. From that point, we walked a little bit and we arrived in another room full of computers and there was some kind of command display on a table. It had different lights that I did not recognize and cannot explain. After that, they took me to another room full of motors, things I had never seen before. They were not hot and there was no noise. The motors were conic or something like that. “Then they took me to another room where there were some photographs similar to those of earth. I could see that the photographs were fixed on the wall in a kind of videotape, a TV screen or something like that. I could not distinguish it very well. Then we arrived in another room full of equipment like hospital equipment. It was a medical room. They asked me to lie down and as I did so, they examined me. Then, after this examination, they collected sperm, a small amount. Then they made me sit down on a kind of table. They put some instruments on my head and they spoke among themselves in a language that I did not understand. It scares me so much… 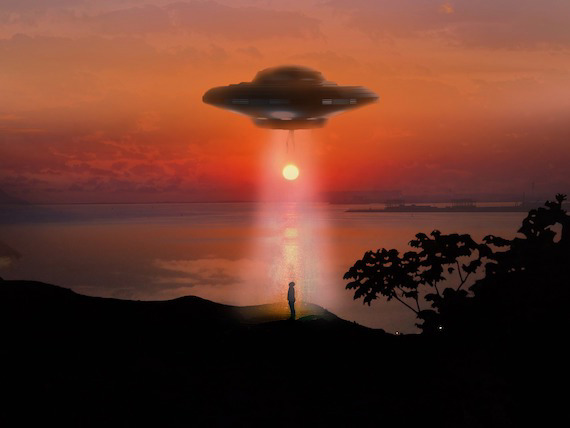 At this point, Jocelino became very upset and had to be calmed down by Dr. Alves, but this session would continue, and when he was ready to talk again the story would get even more bizarre still. He would say:

After some minutes a woman arrived in the room. She touched me. She caressed me and it excited me. Then we started to make love. After the relations, she stopped and told me: “Perhaps the seed will come alive.” I did not understand anything. She went out of the room and they spoke between themselves and they told me in thought that they were for peace and that their objective was to study, to understand, the earth. They spoke to me about life, the fights and the wars and I really thought they were for peace, that they were peaceful people, friends. Then they told me: ‘We think it’s time to leave you.’ They took me by my arm and we went the same way we had walked to go to that place until we arrived at the door. I jumped to the ground together with them and they went floating ahead to where they could catch me. I felt myself paralyzed, totally unable to move. They made me lie down on the ground, exactly the way I was before they caught me. Then I came to my senses.

It was from that moment on that he had remembered before the regression. The two brothers would withdraw from all of the attention they were getting, and they basically stopped talking about it altogether. The case would go on to be covered in the books UFO Abduction From Maringa, The Agripo Experiments by Wendelle Stevens, and UFO Abductions The Measure Of A Mystery, by Thomas E Bullard. Just what was going on here? There is no real way to be sure, and such cases are relegated to the shadows.

A Very Strange Case of a Government Mind Control Experiment