Very few movie or television aliens are friendly to humans. For every E.T. or ALF, there are dozens with predators, body snatchers, shape-shifters, Klingons and other space killers … or what a new study calls ‘Malicious Extraterrestrial Civilizations’. In real life alleged alien encounters, the visitors rarely kill (unless you’re a cow) – preferring to poke and probe both bodies and brains. Yet it’s foolish to assume that all extraterrestrial civilizations are benevolent – after all, they come from the same primordial soup as we violent humans. That is why so many space scientists and deep thinkers are concerned about new projects by NASA and others to broadcast messages to stars which appear most likely to harbor intelligent life. What are the odds that these life forms are malicious … and now know where we are? How many are there in our own Milky Way? This new study tackles that question and the answer is ‘not none’. 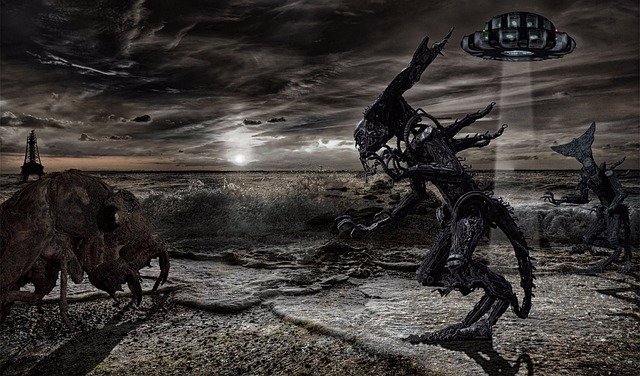 “These findings could serve as a starting point for an international debate about sending the first serious interstellar radio messages to nearby potentially habitable planets.”

Alberto Caballero, a PhD student in conflict resolution at the University of Vigo in Spain and author of “Estimating the Prevalence of Malicious Extraterrestrial Civilizations," knows something about alien communications – he recently revealed in a separate paper the most likely star to have the intelligent civilization that sent the famous ‘WOW!’ signal back in 1977. That involved searching for nearby stars similar to our Sun with potentially habitable exoplanets and led him to 2MASS 19281982-2640123. Unlike the search for origin of ‘WOW!’, Caballero’s search for malicious extraterrestrial civilizations in our galaxy did not start with astronomy data.

“The estimation is based on the world’s history of invasions in the last century, the military capabilities of the countries involved, and the global growth rate of energy consumption.”

Assuming that intelligent extraterrestrial civilizations will be human-like but having reached level Type-1 on the Kardashev Scale (capable of nearby interstellar travel), Caballero compiled a list of country to country invasions on Earth between 1915 and 2022 and counted 51 in total (Earth has 195 official countries) – a small number considering that time period included both World War I and II. To determine the total number of exoplanets in the Milky Way that could host a Type-1 civilization, he used the estimate of Italian astronomer and SETI scientist Claudio Maccone -- 15,785 possible civilizations. Based on humanity’s propensity for invading, how many of those human-like Type I extraterrestrials are malicious ETs with the capability of interstellar travel to invade Earth?

In an interview with Vice, Caballero estimates there are four (actually 4.42) malicious extraterrestrial civilizations in the Milky Way, but that doesn’t mean they would actually take out their malice on Earth – that requires them knowing that we exist, and that requires receiving one of those METI signals NASA and others want to send. To make such an invasion truly malicious, Caballero tries to estimate the probability that an intelligent invader would wreak havoc on Earth equivalent to the destruction of the dinosaur-killing Chicxulub asteroid. To get that kind of response, he estimates all we’d need to do is send a maximum of 18 interstellar messages to different potentially habitable exoplanets. For less destructive invasions, he estimates sending a maximum of 18,000 messages to different habitable planets would generate extraterrestrial contact. 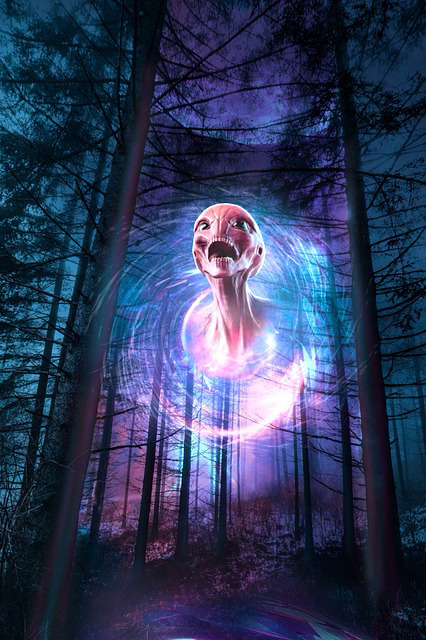 Caballero throws in one more variable – energy consumption. He notes that in the last 50 years, the frequency of invasions has been decreasing while world energy consumption has been increasing. For a civilization to reach Type I should require a tremendous amount of energy consumption, which should – if the civilization is truly human-like in this respect – mean their desire for invasion will go down. Caballero puts it in terms we can relate to.

“We could send up to 18,000 interstellar messages to different exoplanets and the probability of invasion by a malicious civilization would be the same as that of an Earth collision with a global-catastrophe asteroid.”

In other words, either way … we’re doomed.