With the arrival of the first lunar eclipse of 2022, many sky watchers in regions like North and South America, Europe, and Africa will soon be treated to a nighttime celestial display that has captivated human imaginations for thousands of years.

Occurring between May 15 and 16, observers in locations across the Americas and Africa may be able to observe the forthcoming “blood moon,” which draws its name from the muddy red color the moon takes as it enters the umbral shadow of our planet.

Add to this that astronomers have also designated the moon in its current position a “Super Moon,” and we have the makings for a rare Super Blood Moon eclipse.

If that sounds reminiscent of the name of a death metal band or Grade-B horror film from your teenage years, it will come as no surprise that the eerie appearance of a so-called blood moon has evoked superstition in the minds of people in various cultures around the world for ages.

In ancient Hindu traditions, the appearance of a blood moon was seen as evidence in the sky of a particular entity called Rahu, associated with meteors and lunar eclipses, drinking the elixir of immortality from his celestial goblet. According to legend, the Sun and the Moon lopped off Rahu’s head, although because he imbibed the elixir of immortality, his severed head remained alive. Thus, as Rahu finally catches the moon every so often, he swallows the moon, which reemerges from his severed throat with its characteristic “bloody” appearance.

The motif involving deities or creatures swallowing the sun or moon during eclipses is a common one found in cultures around the world. Indigenous Americans often associated such events with a frog or snake swallowing the moon. One similar interpretation may be found at Ohio’s famous Serpent Mount, where the largest snake effigy site in North America is depicted with its open mouth swallowing a large round object, represented by a circular earthen mound within the “mouth” of the serpent. One possible clue to the identity of the object comes with the recognition of the serpent’s mouth aligning perfectly with the setting sun on the day of the summer solstice, although other interpretations of the meaning behind this famous ancient American mound structure have also been put forward.

In South America, the Inca also believed that when a blood moon appeared, it resulted from a jaguar swallowing the moon. According to their beliefs, if a jaguar massive enough to consume the moon were approaching, its ravenous appetite would likely mean that Earth was next on its menu. According to tradition, Inca observers of a blood moon would make as much noise as they could to try and drive the menacing beast away. Over time, they must have learned that doing so did eventually have the appearance of working, as the moon gradually lost its rusty hue. 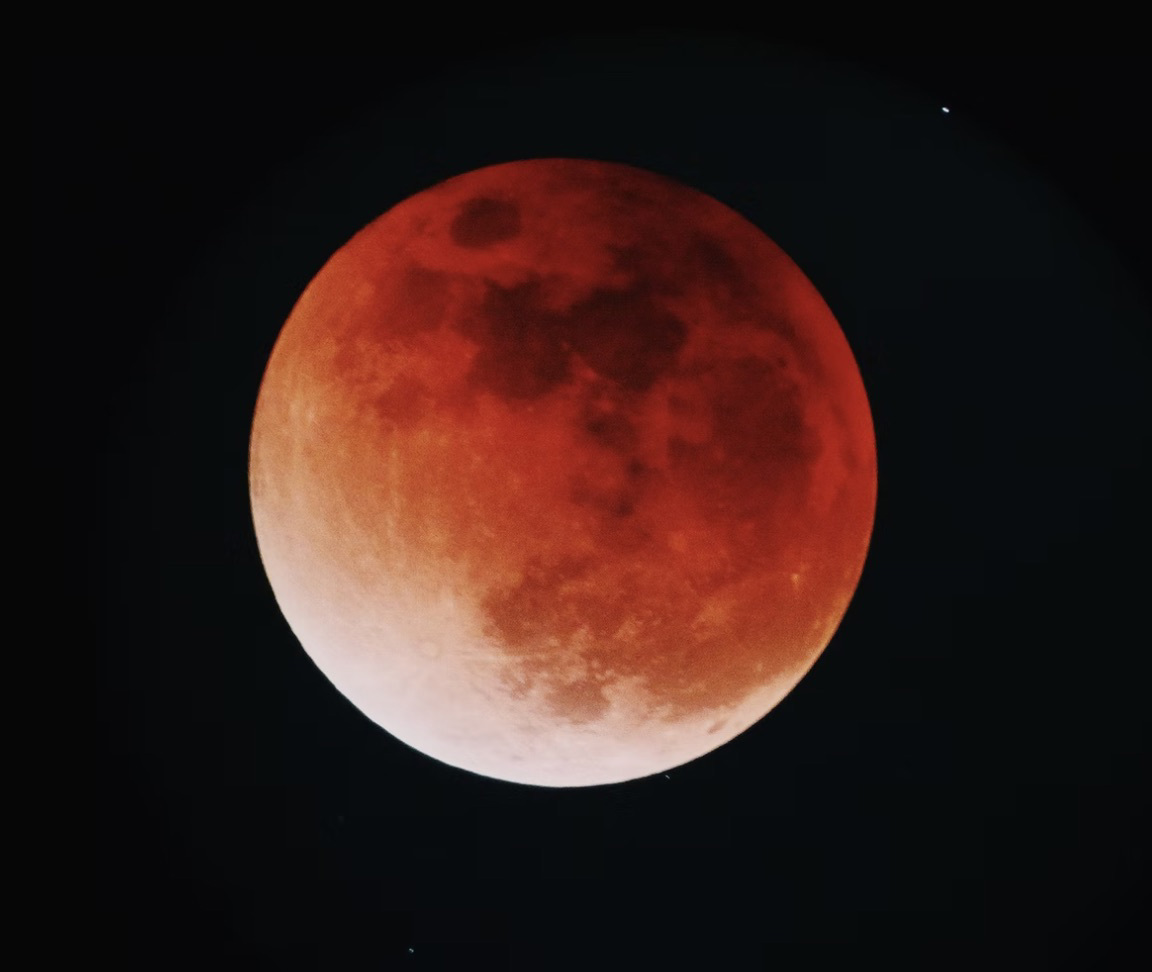 However, not all traditional beliefs associated with the blood moon were necessarily so frightening for ancient people. As English astronomer Daniel Brown has noted, traditions among the Hupa and Luiseño tribes of California perceived that the bloody appearance of the moon represented an injury. Hence, these cultures would perform healing rituals during eclipses which attempted to restore the moon’s vitality.

On the other side of the globe, the African Batammaliba held the belief that when a blood moon appeared, it was because of a problem or conflict that had occurred between it and the Sun. They were correct, after a fashion, since it was actually true that there was something coming between these two celestial staples: the Earth, which cast its shadow over the lunar surface.

Regardless of the different beliefs any of these cultures held, today it is still easy to see how such beliefs were shaped around the striking appearance of the moon during an eclipse event. For those interested in forming their own skywatching traditions in the days ahead by observing this year’s first Super Blood Moon, additional information can be found about geographic locations, time zones, and the hours of appearance for this weekend’s event at timeanddate.com.