The world is full of mysteries places that have managed to become permeated with tales of the odd. One of the most famous of these is what is referred of as the Bermuda Triangle, a sprawling swath of sea in the western part of the North Atlantic Ocean. Although loosely defined and given different dimensions by different authors and researchers, the Bermuda Triangle is typically said to have its vertices at Miami, San Juan, Puerto Rico, and Bermuda, although these parameters are not wholly agreed upon, and is generally given size dimensions ranging from 500,000 sq. miles all the way up to a massive 1,510,000 sq. miles in area. No matter the disagreement on its precise location and size, one thing that is agreed upon is that it is a damn strange place orbited by numerous stories of UFOs, bizarre portals, unexplained aerial phenomena, and other strangeness. In particular, the region has long been said to swallow ships and planes without a trace under mysterious circumstances, and one of the weirder and more well-known of these is an “unsinkable” yacht that ventured out into the triangle and seems to have just sailed right off the face of the earth.

One mysterious disappearance in the region is the vanishing of a luxury yacht known as the Witchcraft. The boat was a 23-foot yacht that had been fitted with special flotation devices to give it the claim of being “unsinkable.” On December 22, 1967, a real estate magnate, hotelier, and avid and experienced yachtsman by the name of Dan Burack embarked on a cruise aboard the yacht off of Miami, Florida, along with his friend Father Patrick Horgan, in order to see the Christmas illumination along the coast. When the departed they were doubtlessly not expecting any trouble, as the weather was calm, and after all their boat was supposed to be unsinkable, but things would soon take a turn for the weird. 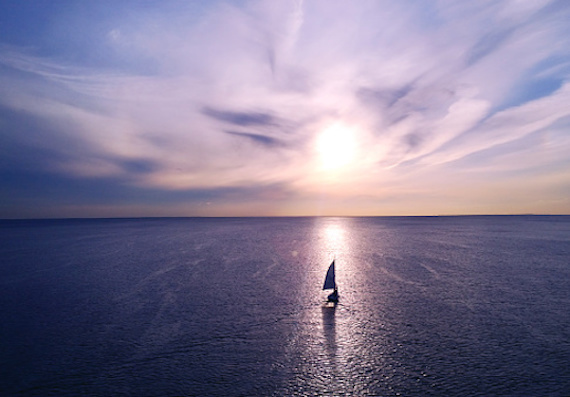 Just 1 mile out from the marina the yacht allegedly bumped into an unidentified object in the water, which Burack suspected had bent the ship’s rudder. He called the Miami Coast Guard at approximately 9PM and explained the situation, yet at this time he was rather calm and composed, and did not seem to think that it was an emergency situation. Burack calmly explained that he had hit something in the water and requested assistance back to the nearby marina, and considering the calm, mellow conditions there was no reason at all to suspect that anything was particularly wrong. Indeed, Burack specifically stated to them that it was not an emergency, and later reports from the Coast Guard would repeatedly emphasize the yachtsman’s composed demeanor during the entirety of the call.

At the time the Witchcraft was at a Buoy #7, in Miami Harbor, and Burack told the Coast Guard that he was going to shoot up a flare to help them find their position, but the flare never appeared. Even when the flare did not appear, the Coast Guard did not believe at the time that anything was drastically wrong, but they nevertheless sent out assistance, who arrived at Buoy #7 just 19 minutes after the call, yet when they arrived there was no sign at all of the yacht or the two men aboard. A search immediately commenced that would quickly grow to meticulously scour an impressive total area of 24,500 square miles over 6 days, involving hundreds of boats and aircraft that looked as far as the Gulf Stream. Throughout all of this, not a single piece of debris was discovered, no life jackets, bodies or any flotsam. No emergency flares were sighted even though Burack had a flare gun aboard, and none of the ample safety flotation equipment that had been stowed aboard was found. Likewise, there was never any further communication from the lost ship, no distress call, and no other boaters in the area had seen the missing yacht, and the Coast Guard was baffled at how fast the Witchcraft had so abruptly and completely disappeared in such a short time in completely calm conditions. 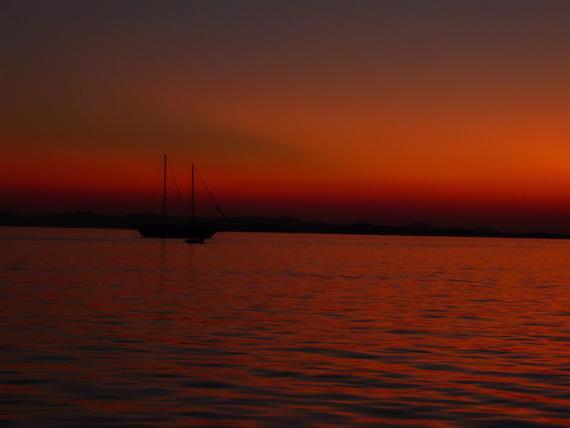 Not only had the weather been calm and the sea serene, but Burack had designed the Witchcraft with special advanced interior flotation devices that made it effectively unsinkable. The effect would have been rather like a cork, meaning that even if the vessel had become badly damaged and fully flooded, some part of the hull should have remained above water, but there was not a trace that the yacht had ever even been there at all. Indeed, such unsinkable boats regularly caused shipping hazards after being damaged or destroyed, their lifeless husks left bobbing about at the surface when they should have been sunk, and the Coast Guard was regularly on the lookout for such floating wrecks, yet of the Witchcraft there was no sign. Burack was also a safety nut, and had kept plenty of life saving gear aboard, as well as even special flotation seat cushions, all of which should have floated to the surface, but none of this was found, and the Coast Guard would cryptically say of the Witchcraft and its crew “They are presumed missing, but not lost at sea.”

How could this extremely sturdy, unsinkable vessel manned by such seasoned seamen so thoroughly disappear without a trace in such a short span of time in such clear weather conditions? Why was it that they never sent up a flare or tried to call for help after that initial contact with the Coast Guard? How could it be that there was not a single shred of flotsam or any of the myriad safety flotation gear bobbing about the area? The extremely odd, total disappearance of the Witchcraft has propelled the case into the annals of great sea mysteries, and it is often listed as one of the more baffling disappearances attributed to the Bermuda Triangle. Theories of course have cropped up around the case, such as that it was caught up in a sudden, short-lived squall or had been the victim of a rogue wave or freak ocean current, with one of the more outlandish being that the yacht had in fact bumped into some immense sea monster that had subsequently attacked and pulled it down to a watery doom. Considering no sign or trace of the Witchcraft or its crew have ever been found, we will likely never know for sure. 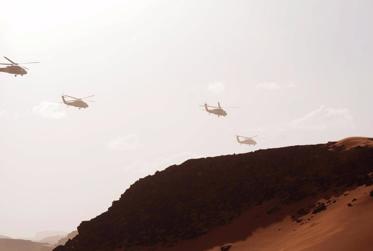