It sometimes seems like anyone can suddenly vanish without a trace at any time. Daniel Robinson was a geologist for Matrix New World Engineering, and in June of 2021 he was involved with work at a remote site just west of the White Tank Mountains in Buckeye, Arizona, in the United States. The morning of June 23 started off normally enough. Daniel drove his blue 2017 Jeep Renegade out along the long dusty road to the site, surveyed the isolated desert moonscape, and got to work as usual. At the time there seemed to be nothing wrong with him, no indication that he was under any kind of distress at first, with witnesses saying that he was clearheaded. Later that morning he was seen cleaning off his Jeep, after which he suddenly got in to drive off towards the desert without telling anyone where he was going. It was the last time anyone would ever see him again, and he was about to vanish into thin air to spark a case orbited by many strange clues and few real answers.

At first it was thought that Daniel had just decided to take an unscheduled break and that he would be back at any minute, but as the hours went by with no sign of him his co-workers started to realize that something was very wrong. They contacted Daniel’s sister to see if she had heard from him, but she had not, and indeed none of his friends and family had seen him or heard from him since he had left for work that morning. Many attempts were made to try and call Daniel on his cell phone, but no one answered, and police were soon notified. That evening authorities would do a preliminary ground search of the site, which would be expanded over the next few days to involve aerial searches with helicopters, but no trace of Daniel or his car could be found and no GPS was available when police accessed the vehicle “UConnect” system, with attempts to ping Daniel’s cell phone for location turning up nothing as well. In the meantime, Daniel’s father, David Robinson, began organizing his own searches with concerned volunteers and was equally unsuccessful. It was as if Daniel had just evaporated into thin air.

At this point there were some eerie clues appearing pointing to the fact that Daniel might not have been as stable and mentally grounded as he had at first appeared. It was found that his Instagram account had been deleted shortly before his disappearance, and a co-worker would also claim that just before Daniel had driven off into the desert he had been staring off at the mountains and “talking about things that did not make sense.” It would also be found that he had been obsessed with a woman named Katelyn, showing up at her house uninvited and constantly texting her to the point that she believed he was stalking her and told him to stop bothering her. Rather spookily, just the day before he vanished Daniel would text her the chilling message, “I’ll have to take all the time I can or we can, whatever to name it. I’ll either see you again or never see you again.” Whether any of this had any connection to the vanishing or not is unclear, but it added a sinister tone to the whole thing. In the meantime, Daniel and his Jeep remained elusive. 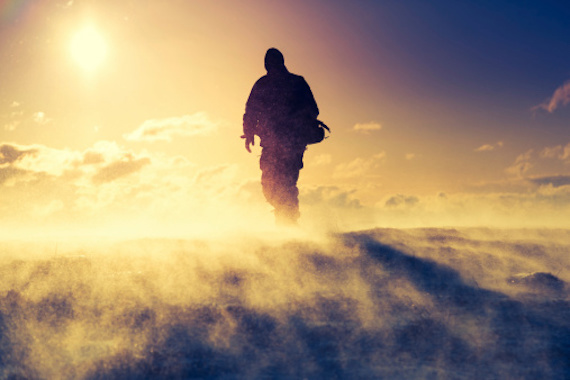 It would not be until a month later that any breakthrough was made, when a rancher stumbled across the missing Jeep sprawled out on its side in a desert ravine on July 19, evidently having crashed. When the scene was investigated, it was found that Daniel’s wallet, cell phone, and other personal items were still inside the badly damaged vehicle. It was apparent that the airbags had been deployed, and there was evidence that indicated that the driver had been wearing a seatbelt at the time of the crash. Police would find that the Jeep had sped up before impact, and that there had been more than 40 ignition cycles recorded by the vehicle after the crash, possibly because he had been trying to restart the car. Rather eerily, Daniel’s clothes were found folded up on the ground near the vehicle, as if he had just taken them off and left them there. At the time, authorities came to the conclusion that the driver had attempted to drive up the other side of the ravine and had then been involved in a rollover crash, although it could not be explained where Daniel had actually gone or why he had left his clothes and other possessions behind.

That same month, on July 29, there was a rather macabre discovery made near the crash site when a human skull was discovered by searchers in the wilderness. At the time it was though that this had to be the remains of Daniel Robinson, but tests showed that it was another person who could not be identified. More remains of another individual would later be found in November by searchers in the area, and these too would turn out to be those of yet another unidentified person, yet Daniel Robinson remained completely missing and police were saying that there was no evidence of foul play. Throughout all of this, David Robinson was doggedly pursuing every lead and tip he could find, carrying out numerous searches involving hundreds of volunteers to scour the desert, and hiring a private investigator in order to carry out his own investigation

David was very critical of what the authorities had been doing, claiming that they had dropped a lot of balls in their bungled investigation and that he was sure his son had been a victim of some kind of foul play. He would also uncover some rather interesting clues that the police had either not paid attention to or had chosen to not to report on. Some of the things he was able to discover was that there was an additional 11 miles on Daniel’s Jeep that registered after the car crashed and after the airbags had been deployed, as well as paint on the car from another vehicle. He also obtained the car’s black box, which showed that the vehicle was going about 30 miles per hour before the airbags deployed. According to the family’s private investigator, it is very unlikely that the Jeep could have reached such a speed on the rugged terrain of the ravine, something he himself tested out to no avail. All of this leads to the idea that the crash happened somewhere else and the damaged vehicle was taken there to be dumped. But by who and why? No one knows. 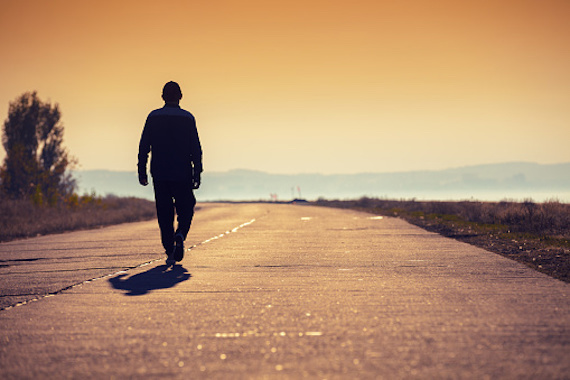 Despite this new evidence of possible foul play, the police waved it away and again insisted that the doomed Jeep had had a violent rollover and that there was no evidence of criminal activity inside or outside of the vehicle. Indeed, the official theory seems to be that Daniel was depressed, possibly from being jilted by the object of his affections, and had then decided to drive out into the desert to disappear, either in a suicide bid or to leave his old life behind. Daniel’s father adamantly disputes this, and has said:

They told me that he may have just wanted to leave his family, become a monk, join a monastery somewhere. My son is a geologist. He’s a scientist. He has a brilliant mind. He’s not dumb enough not to take money or anything with him if he wanted to disappear. I don’t think my son wrecked his vehicle, got out on his own accord, took his clothes off, and just walked off and survived out there in the desert somewhere. You know, I don’t believe that.

The case has remained active and the Buckeye police department claim they are doing everything in their power to get to the bottom of it even as David Robinson continues to try to find out what happened to his son while denying the official version that there is no foul play involved. What happened to Daniel Robinson? What is the meaning of the state of his car, the clothes on the ground, all of his belongings left behind? What made him suddenly drive off into that desolate desert in the first place? The answers remain murky, and we might never know for sure.