The Bizarre Vanishing of Leah Roberts

There have always been those disappearances in which the person's final moments have been surrounded by deep mysteries and odd behavior. One such vanishing victim with perhaps her own personal demons was 23-year-old Leah Roberts, of Durham, North Carolina, who disappeared under strange circumstances in March of 2000. Leah had had a tough time of things, having lost both of her parents to the scourge of death, her father to lung illness and her mother to heart disease. She had also been in a serious, life-threatening car accident in 1998, which had caused a punctured lung and a broken femur, necessitating a metal rod put into her leg. Deciding to pursue other endeavors, she eventually dropped out of school to do some soul searching, which included a planned excursion to Costa Rica that never came to fruition and other pursuits such as learning to play the guitar and photography and poetry. She also often told her friends of her plan to take a road trip out west, just as in the writings of an author she worshiped, Jack Kerouac. Little did she know at the time that she was about to become mired in a very strange case of a vanishing that has never been solved. 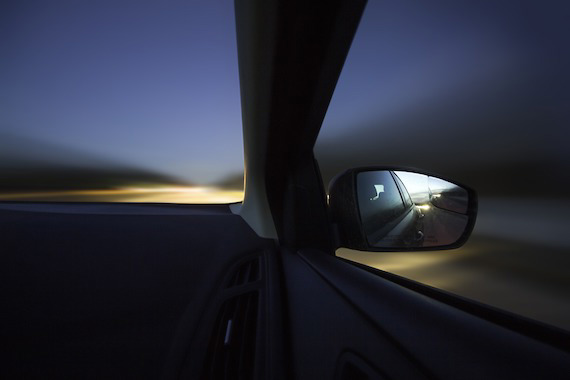 On March 11, 2000, Leah failed to show up for an appointment with her friend to do some babysitting, and all attempts to reach her went unanswered. When she had still not been seen or heard from on March 13, she was declared a missing person. Leah’s room showed signs that she had been preparing for a lengthy trip of some sort, with many of her belongings and clothes missing and even her cat was gone, as well as with money with a note saying that it was for the following month’s rent, along with a promise to be back by that time, and it was thought that she had perhaps decided to go through with her plans for a road trip after all without telling anyone she was leaving. This theory was further bolstered when Leah’s records showed that she was purchasing gas and staying at motels along a westerly course on Interstate 40. Leah’s sister, Kara, became convinced that the missing woman was headed towards the Cascade Mountains, Washington, a location she had expressed much interest in before, but then shortly after a gasoline purchase at Brooks, Ortegon all activity on Leah’s various accounts ceased, and her current whereabouts became cloaked in shadow. On March 18, 2000, Leah’s wrecked Jeep Cherokee was accidentally found by some joggers in a remote forest near the Mount Baker Highway in Whatcom County, Washington, not far from the Canadian border and Desolation Peak, which was fitting since it was very near a location in one of her favorite of Jack Kerouac’s novels, The Dharma Bums.

The scene was decidedly odd in that some of the missing woman’s clothing had been strung up alongside the road tied to trees, and although the Jeep was determined to have gone careening off the road at high speed and to have tumbled before crashing, no sign of blood or the vanished woman could be found. Also, within the vehicle were found to be pillows and blankets hung up over the windows, and various belongings such as a passport, wallet, some valuables like jewelry, $2,500 in cash, a cat carrier, cat food, and her drivers license were found strewn around about the actual wreck. There was also a ticket stub for a theater performance in the nearby town of Bellington. Repeated searches of the area using tracker dogs turned up no sign of the missing woman and it was just as if she had evaporated into thin air. 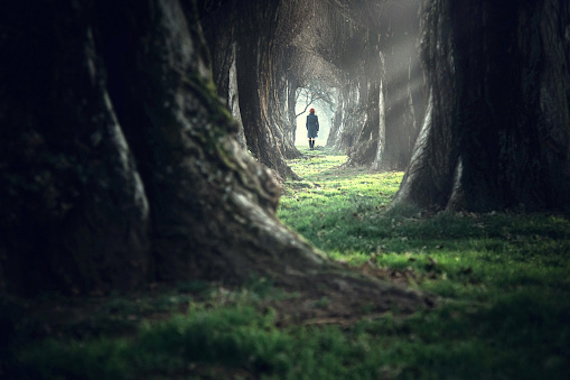 A few days after the discovery of the crashed vehicle, a man called authorities to claim that he had seen a disorientated looking woman matching Leah’s description wandering aimlessly about a gas station in Everett, Washington, although it is not known if this was her or not. Some other people claimed to have seen her at a diner in Oregon, where she had supposedly said she was traveling with an unidentified man named “Barry.” Other than this, there were no other clues whatsoever as to what had happened to her, and theories swirled. The main assumption was that the vehicle had been intentionally crashed and that there had been no one actually in it when it had tumbled off the road, a theory given weight by the later discovery that the Jeep’s starter relay had been cut, yet oddly the blankets and pillows in the windows suggested that someone had used the vehicle as a temporary shelter. It didn’t make any sense, and the presence of so many valuables and so much cash detracted from any talk of robbery being the motive. This led to the idea that she had perhaps really crashed and incurred amnesia, after which she had taken shelter in her own downed vehicle and then subsequently wandered off into the unknown, but no one knew.

In recent years it has been mostly suspected that Leah Roberts was the victim of foul play of some sort, or that she intentionally ran away for unspecified reasons, but all of the strange clues surrounding the vehicle and the scene of the crash have never fully added up, and no new leads have been forthcoming. Despite her case being featured on various high profile crime documentaries such as Unsolved Mysteries and Disappeared, the ultimate fate of Leah Roberts remains unknown, and it is still debated to this day. What happened to this otherwise unassuming woman? Where did she go and what drove her? It remains a mystery, and perhaps always will.