Some of the weirdest and high-profile mysterious deaths revolve around very important people, and one of the oddest and most mysterious is that of a wealthy man from New York by the name of Benjamin Nathan who was murdered under vey bizarre circumstances. Benjamin Nathan was a wealthy Jewish American philanthropist and investor with impeccable credentials. He was a respected member of the New York Stock Exchange, eventually becoming its vice president, director of the Chicago and Northwestern Railroad and the Ninth Avenue Street Railway, and was also a very active member of the New York Jewish community, serving on the first Board of Directors for Jews' Hospital and also as president of Shearith Israel, the oldest Jewish congregation in the United States. In 1870 he was an eminent, respected, and rich member of society, but that year he was going to shock the nation by becoming the center of a mysterious and vicious murder that police would call “the greatest mystery of the age” and one of the strangest unsolved crimes that nation had ever seen before or since.

In July of 1870, Nathan was at his townhouse at 12 West Twenty-Third Street, in Manhattan, while his family was staying at their country house in Morristown, New Jersey. At the time, Nathan was staying with his maid, her son, and his own oldest sons, Frederick, age 26, and Washington, age 22, as well as William Kelly, the Nathans’ handyman and a Civil War veteran, who slept in the attic. The evening of July 28 was unremarkable at first, in fact it had all been a pretty mundane day when the maid and her son went to bed. Nathan’s sons went out that evening, while Nathan himself said he was going to stay up late getting some work done. Fredrick would come home a bit after 11 p.m. and briefly speak with his father before going to bed, while Washington came back between 12 and 1 a.m. in a raging thunderstorm that had sprung up. Washington would allegedly check on his father to see him asleep, before retiring for the night himself. At the time, the house was being renovated and Nathan was camped out on a mattress set up in a reception room next to his study. So far it all seems rather normal, boring even, but things were about to spiral into the violent and weird very quickly.

At about half-past six on the morning of July 29th 1870, neighbors were shocked when Nathan’s sons came running out in the street, their clothes covered with blood and shouting that their father had been murdered. When police arrived they claimed that they had gone to their father’s room at 6 a.m. that morning to wake their father up and had found him lying in a vast pool of blood with grievous injuries to his skull. When authorities went into the residence, they were then treated to a grisly and macabre sight. The floor, walls, and furniture had been splattered with copious amounts of blood and everywhere there were signs of a violent struggle, with furniture knocked over and smashed. Worst of all was the sight of Nathan’s mangled body lying in a pool of blood in a doorway that connected the rooms. 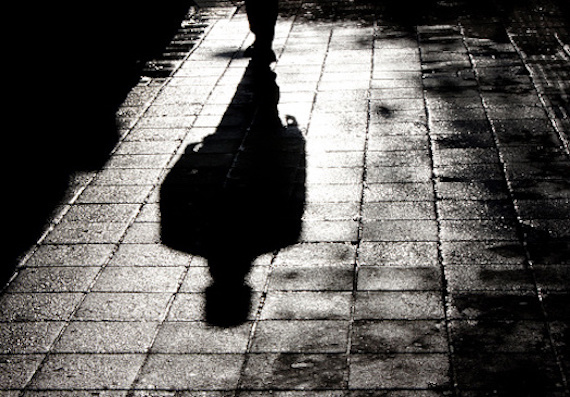 The man had seemingly been viciously attacked from behind with an iron bar some twenty inches long and with sharp ends bent at an angle at each end, called a “dog,” which had been left behind by the perpetrator and which was caked with blood, hair, and gristle. The attack had been brutal and relentless, leaving behind at least fifteen wounds on both the front and back of the head that had exposed brain matter and splinters of skull. Throughout it all, Nathan had apparently tried to fight back, and the corpse exhibited defensive wounds such as bruises on the arms and two fingers of his left hand had been fractured. In one corner of the room was a safe that was found to be wide open and missing a few hundred dollars, some jewelry, and a gold medal Nathan had received in recognition for his various philanthropist work with charities.

It was obvious to police that this was a simple case of a burglary that had gone bad, with the perpetrators likely expecting that Nathan would have been out at his country house with his wife. Indeed, he should have been there but had made the fatal mistake of commuting out to Manhattan that weekend to get some urgent work done. It seemed obvious to authorities that someone had entered the townhouse to rob the place and had been surprised at Nathan’s presence, after which a bloody and ultimately fatal struggle had ensued. The problem was, although the room was in disarray and covered with blood, there was absolutely no sign of anyone having actually broken in, with the windows all locked from the inside and the door lock intact and no marks on the lock of the front door to indicate that it had been picked. There was absolutely no evidence that anyone had entered through the basement, and perhaps even more strangely, there were no wet or muddy footprints, despite the fact that there had been a downpour going on at the time. So the question was how had the perpetrators gotten in and out without leaving behind any sign and with everything locked, and how had everyone managed to sleep through such a brutal and violent confrontation? Surely such an explosively violent confrontation should have woken someone up, even with the sporadic thunder going on outside, yet everyone present was adamant they had not heard a thing? Also, why would the burglary of such a relatively paltry amount of money and valuables have warranted such a horrific attack and murder and such savagery? Police were totally stumped.

When the murder hit the news, it took the nation by storm, with sensational headlines plastered all over the papers and droves of macabre curiosity seekers flocking to the townhouse to see it for themselves. After all, Nathan had been a wealthy, high-profile figure, so his shocking murder caused quite the commotion and put pressure on the police to find a culprit. An investigation turned up some strange clues. Some neighbors, a couple named the Peckhams, would claim that they had heard some loud bangs and thumps coming from the townhouse at about 2 a.m., but that they had gone to bed when the noises stopped. This directly contradicted the ones who had actually been at the residence, who continue to insist that they had heard nothing. There was also John Nies, a newsboy delivering papers that morning, who claimed that he had seen the front door open at around 5 a.m. and that a mysterious stranger dressed in clothes “like a mason” had walked past to pick up a piece of paper resembling a check from the steps of the Nathan residence, put it in his pocket, and walk away with it. This was all very intriguing, but it did little to shed light on who the killer was and could not be proven to have had anything to do with the murder at all, leaving police at a dead end.

Considering that it made the most sense that the crime had been committed within that locked house, all of those who had been there that evening were heavily questioned but found to be not suspicious except for one. Almost immediately, the first suspect the police pursued was Nathan’s son Washington. Although Frederick was a respected and successful broker seemingly above suspicion, Washington was another story. The black sheep of the family, he was known as an alcoholic womanizer who blew his money on prostitutes and frivolous things, and he was also known to get into many a drunken brawl. He was also the last to have seen his father alive and the first to find his ravaged body, and had also been drinking heavily that night and stayed at a brothel for several hours. However, he had nothing to gain from his father’s death, as Nathan’s will had stipulated he would gain no inheritance until he had “married a lady born in and professing the Hebrew faith” and his mother had signed a declaration that he was living a “life of regularity and sobriety.” Also, Washington and his father seemed to get along just fine, with Nathan frequently freely lending him large amounts of money, so it seemed unlikely he would have murdered over a grudge or for the relatively small amount that had been stolen. Despite being exonerated by the police, the perceived guilt aimed at him by the public would haunt Washingtom for the rest. His life would spiral into more drinking, he would be shot by his girlfriend actress Birdie Bell, survive, move to Europe with a new wife, and die at the age of 44 without ever having gained his inheritance. 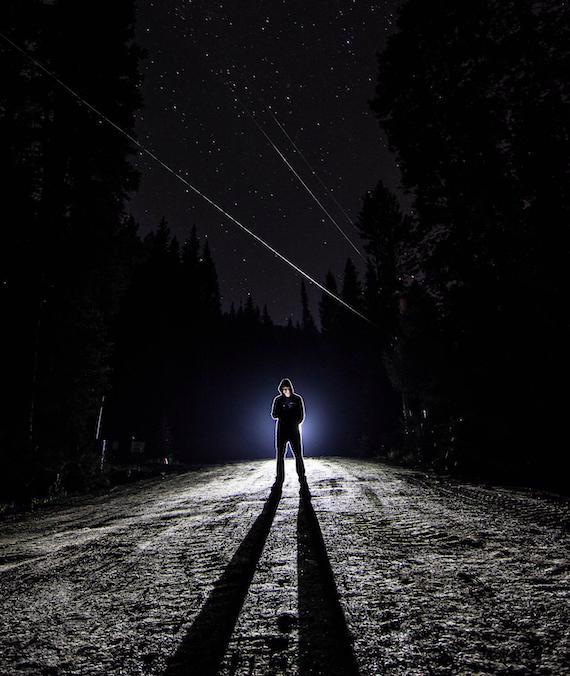 In the end, despite an inquest and the testimony of more than thirty witnesses, there was nothing concrete that would stick to Washington or anyone else, and indeed police had “not a single person, even on suspicion, to answer for the murder.” Over the years there would be sporadic suspects pursued, such as a convicted robber named Billy Forrester, who turned out to have an alibi, and a man named John Irving, who admitted to being in a gang who had robbed the house and killed Nathan, but this was ultimately deemed to be totally made up. Despite the New York Police Department being inundated with tips and clues, none of these ever led anywhere and the case remained completely unsolved, and remains so to this day.

There has been much speculation that the whole thing was rigged by corrupt officials and the police, with perhaps Nathan having made powerful enemies who had arranged his death and then covered it up, but there has never been any evidence at all of this. There was much speculation that the housekeeper’s son, William Kelly, had done it as well, possibly with the others being complicit and bribed to keep their mouths shut, but again, he was never deemed a suspect. Yet another idea is that someone had managed to sneak in and lie there in hiding, but then how did they do that and get out unnoticed? To this day the case remains a complete mystery, with not a single suspect ever arrested and orbited by numerous questions with no answers. Who killed Benjamin Nathan? How did they get into a locked house and violently kill the man with a metal pipe in a fierce struggle without waking anyone up, without any muddy footprints and without leaving any evidence except the murder weapon? Indeed, how did they get out again to leave the doors and windows locked? Was the culprit someone already in the house at the time, and if so what was the motive? Was it money, revenge, information, or something else entirely? No one knows the answers to any of these, and the murder of Benjamin Nathan remains one of the strangest and most mysterious murders New York City, and indeed the entire country, has ever seen.