The Dulce Base Controversy: The Truth About the Shadowy Source Behind a Notorious UFO Legend

During the 1980s and 1990s, startling new information about the UFO mystery appeared to be emerging. Several researchers had come forward with claims that extraterrestrials were not only here on Earth, but that our government knew about it, and colluded with them in underground facilities where experimentation occurred.

For many years, frightening stories about one of these underground alien bases in particular, said to be located near Dulce, New Mexico, haunted the paranoid imaginations of concerned UFO enthusiasts. Some of them had come to believe that our government knew more than it was letting on about things like cattle mutilations, alien abductions, and even disturbing stories of people who had gone missing and never resurfaced.

The main focus of the Dulce Base claims involved a number of “sources” who had come forward with supposedly first-hand knowledge of what was going on at the facility, where Extraterrestrial Biological Entities (EBEs) were working in underground labs that undertook genetic experimentation on humans and other animals. One of the objectives of this research appeared to be working toward creating human/alien hybrids, in an effort to sustain a civilization of slightly less than friendly extraterrestrials who were parked here on Earth, exploiting its resources (which included those of the human kind).

If this scenario sounds fantastic, that’s because it is… and yet the story managed to receive significant attention in decades past. But how could such outlandish government conspiracies manage to gain so much foothold among UFO enthusiasts? 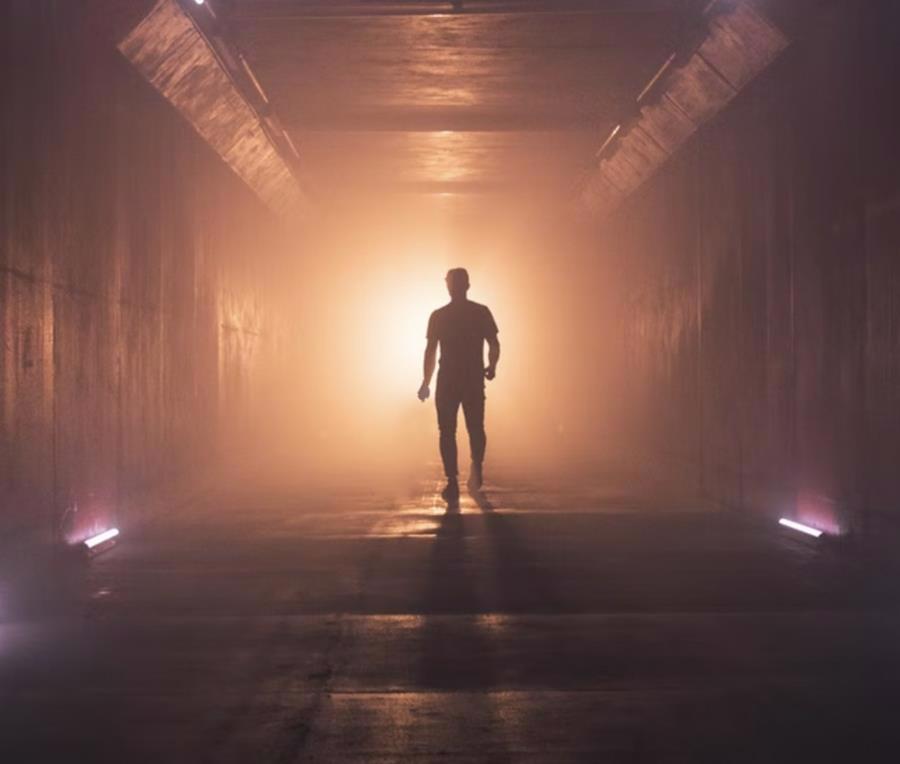 The answer to this question involves a shadowy character in the history of UFO studies who, although often unrecognized, could arguably be called the master architect of what has become known today as the Dulce Base mythos: a mysterious individual by the name of Tal Levesque.

Levesque, who passed away only recently, became a central focus of the historical research of Adam Gorightly, who has chronicled the mystery of the Dulce Base mythos in his book Saucers, Spooks, and Kooks: UFO Disinformation in the Age of Aquarius. According to Gorightly, Levesque was a “key player in the Dulce Base story,” with whom he first became acquainted through an unusual series of emails several years ago.

Levesque, who contacted Gorightly under the pseudonym of “Questal”, reached out at the time under the premise of assisting with the production of a television program about mysteries in California. Intrigued, but somewhat dubious of the emails he was receiving, Gorightly reached out to William Birnes, at the time the publisher of UFO Magazine and one of the stars of History’s UFO Hunters, who confirmed that the mysterious “Questal” was legit.

Soon thereafter Gorightly began a correspondence with the individual, who was later revealed to be none other than Levesque, and eventually also met him and another associate for a lengthy breakfast discussion.

“As I grew to know him over time, I found out he had been involved with and known everybody it seemed,” Gorightly recently told me, as far as Levesque’s involvement with the UFO research community. As it turns out, Levesque also had a longtime penchant for spreading claims about purported underground facilities and other subterranean mysteries.

“Initially back in the 70s or so, he put out a newsletter with his wife called the Hollow Earth Hassle,” Gorightly told me, a publication that covered tales of “strange creatures that lived in the inner earth,” stories that were largely an outgrowth of the bizarre “Shaver Mystery” series that first appeared in the science fiction pulp magazine Amazing Stories beginning in the mid-1940s.

“As I learned over time, Tal was also crucial to this Dulce Base story,” Gorightly says.

“It first emerged as a six-page, handwritten [series of] notes with drawings of the aliens in the lab, and also this story about a fellow named Tom Castello.” According to the alleged documents, Castello had purportedly worked at the underground facility, and smuggled out documentation and other records while there.

However, there is a major problem with Castello and his story. This had been the fact that there is no evidence that this alleged whistleblower ever even existed. According to Gorightly, he was a complete fabrication, used as a vehicle to help move the burgeoning Dulce base mythos.

“Basically, Castello was a made-up character,” Gorightly recently told me in an interview. “I think it was a composite character basically created and based upon Tal Levesque and Paul Bennewitz.”

The story of Paul Bennewitz is well known in UFO circles today, thanks to the work of both Gorightly, and also author Greg Bishop, who documented the affair in his book Project Beta. Mark Pilkington’s Mirage Men, upon which a revealing documentary film was produced, also chronicled aspects of the story, which involved Bennewitz being helped along in his already growing belief in an imminent alien invasion by an Air Force Office of Special Investigations Agent named Richard Doty. Despite its roots in misinformation, Bennewitz had essentially concluded that there was an underground facility near the Dulce area, and that the aliens he believed he was tracking were operating there.

“A lot of the initial seeds were planted by Bennewitz,” Gorightly points out. “Or at least, what Bennewitz believed. And over the years, these things get compounded upon or embellished upon by other folks.”

Levesque, who had worked for many years as a security guard, also claimed to have acquired knowledge of the existence of underground bases during this time. Once the paranoid claims of Paul Bennewitz came to light, it was only natural that Levesque—a longtime hollow earth hustler—would take notice.

“It was kind of this mythology in the making,” Gorightly says, which Levesque began to expand beyond Bennewitz’s claims of a single base at Dulce into an interconnected network of underground bases below the United States. Levesque was “actually making maps of these in the late 70s,” according to Gorightly.

Tal was also the originator of one of the original alleged photos that was purportedly taken at the underground Dulce facility. However, in order for the information to spread more quickly, Levesque realized that he had to begin seeding the information to various researchers, often “leaking” it to individuals under various pseudonyms. One of the earliest recipients of this information about underground alien base networks had been a woman named Anne West.

“The Dulce Base papers were introduced by this lady named Anne West, who claimed she knew Tom Castello,” Gorightly told me. West and other researchers would soon begin to claim to have received additional information in slow drips coming from other alleged “sources”. However, these were all either Tal Levesque, or one of the other individuals to whom he had sent information about this growing underground base mythology. Another who quickly became entrenched in the misinformation campaign had been the late UFO researcher John Lear.

“There was like a half a dozen of these UFO researchers who took Tal Levesque’s writings, under the name of ‘Jason Bishop’, and kind of made them their own. Tweaked them here and there, and were also putting out a lot of these same Dulce Base stories, which seemed to be confirming what Tal Levesque and John Lear were saying.”

Among the similar variations of the story that began to emerge over time had been the accounts offered by Phil Schneider, a curious individual who claimed not only to have visited the underground facility in question, but to have actually been injured during an attack by the aliens that he encountered there. For a time, Schneider, complete (or perhaps incomplete in this case) with missing fingers and other injuries that purportedly backed up his claims, had been a frequent speaker on the UFO lecture circuit.

It was later revealed that Schneider “reportedly suffered from mental illness and was a self-mutilator,” which offered what may be an even more disturbing explanation for his scars and missing fingers than his long-held claims of being involved in an alien attack. Schneider was eventually found dead in his home from an apparent suicide, and despite the records that confirm his past hospitalization for ongoing battles with mental illness, he is still touted in some circles as a valiant whistleblower who worked to reveal the truth about the United States and its ongoing dealings with hostile aliens in underground bases.

Helped along by the likes of Schneider and others who rose to prominence in UFO circles with their increasingly outlandish claims, the underground alien base mythos managed to occupy the minds of many in the research community during the 1980s and 1990s. Part of the effectiveness of the gambit had been creating the appearance that there were several sources leaking this disturbing information, although Gorightly is certain that following the individual conspiratorial threads leads back to a single, common source.

“So it looked like you had multiple sources,” Gorightly says. “People confirming a lot of the Dulce Base stuff. But it was all really coming from the same source, which was primarily Tal Levesque.”

Levesque, who passed away in 2018, left quite a mark on the UFO community which, as he told Gorightly in an email before his death (among other curious revelations) had been largely by design, and aimed at making people think.

“That IS my job,” Levesque cryptically said in the mysterious, rambling email, which Gorightly includes as an appendix in his book Saucers, Spooks, and Kooks.

For those seeking additional information, Gorightly has also created a Tal Levesque Resource Page online with rare interviews, as well as some of his unique artistic creations, maps detailing entrances to the alleged underground base facilities, and other information about this shadowy character who managed to steer much of the conspiratorial UFO dialogue over the last several decades.