In the very early hours of one particularly fateful morning in the hot and sticky summer of 1969, six petrified residents of the Texan city of Fort Worth raced for the safety of their local police-station and related a controversial and amazing story. John Reichart, his wife, and two other couples were parked at Lake Worth – and, yes, it was indeed at the stroke of midnight - when a truly vile and monstrous-looking creature came storming out of the thick branches of a large, nearby tree.  Reportedly covered in a coat that seemed to be comprised of both scales and fur, it slammed with a crashing bang onto the hood of the Reichart’s car and even tried to grab hold of the not-surprisingly-terrified Mrs. Reichart, before racing off into the pitch-black night and the camouflage of the dense, surrounding trees. The solitary evidence of its dark and foreboding presence was a deep, foot-and-a-half-long scratch along the side of the Reichart’s vehicle.

While this specific event rapidly, and unsurprisingly, generated deep media interest, and was actually taken extremely seriously by the Fort Worth police – as prime evidence of this, no less than four police-cars quickly headed to the scene of the Reichart’s encounter – it was most certainly not the first occasion upon which Fort Worth officialdom had become the recipient of ominous accounts of diabolical beasts roaming around Lake Worth. Indeed, until the Reichart’s story hit the newspapers, it was a little-known fact that for approximately two months the police had been clandestinely investigating reports of a distinctly weird beast that was said to be spooking the locals on a disturbingly regular basis. While some of the officers concluded that at least some of the sightings might have been the work of local kids, running around in ape-costumes, others were not quite so sure that fakery was a dominating factor, and took the Reichart’s story to heart.

For example, Patrolman James S. McGee conceded that the report John Reichart filed with the Fort Worth constabulary was treated very seriously, as a result of the fact that: “those people were really scared.” Of course, the Dallas-Fort Worth media loved the story, and did their utmost to promote it just about as much as was humanly possible. Notably, one particular feature that appeared in the pages of the Fort Worth Star Telegram was written by author Jim Marrs – very well known today for his books on 9/11; the JFK assassination of November 1963; and countless other conspiracies and cover-ups. The headline that leapt out of the Telegram was a news-editor’s absolute dream: FishyMan-Goat Terrifies Couples Parked at Lake Worth. Beyond any shadow of doubt, it was this particular story that made the Goat Man both infamous and even feared among the residents of Lake Worth. And it would not be long at all before the monster’s ugly form surfaced once again. In fact, it was almost twenty-four-hours to the minute: midnight was looming around the corner and the creature was reportedly seen racing across a stretch of road close to the Lake Worth Nature Center. Interestingly, the prime witness, one Jack Harris of Fort Worth, stated that when he attempted to take a picture of the monster, the flash on his camera failed to work – a phenomenon that is curiously and eerily prevalent in mystery animal reports and encounters.

The beast, whatever its ultimate nature and origin, was shortly thereafter seen to charge across the landscape to a nearby bluff, with three dozen hyped-up locals in hot-pursuit, and all hysterically baying for the blood of the beast. The Goat Man wasn’t about to become the victim of some crazed posse, however. He had an unforeseen ace up his sleeve – allegedly, at least: towering over the crowd at approximately ten yards, the Goat Man hurled a huge tire at the group; something which resulted in the throng wildly scattering in all directions. One of those present, a man named Jack Harris, said that: “everybody jumped back into their cars” and hauled ass out of the area. The Goat Man had won the day. But the story was far from over. Yet more accounts surfaced, with some witnesses stating that the creature had dark fur or hair all over its body; while others maintained that its coat was overwhelmingly white in color. Then there were disturbing tales of horrific mutilations of animals in the area: dogs, cats and more – most of which surfaced amid theories that the Goat Man had made a home – or, more likely, a lair – for himself in a relatively small piece of land, called Greer Island, that is connected to the mainland by a small walkway.

The story was soon on the verge of spinning wildly out of control. That was when the theory surfaced that the Goat Man was probably nothing stranger than a pet bobcat someone had clandestinely released into Lake Worth Park. Precisely how the bobcat was able to change its color from brown to white, or throw a large tire through the air - for what was estimated to be a distance of no less than 500 feet – remained sadly unanswered, however. Of course, it’s not impossible that Naumer’s theories might indeed have provided answers to the questions that pertained to at least some of the sightings; however, it most assuredly could not explain the truly surreal photo taken by a man named Allen Plaster, who was a local dress-shop owner. Plaster’s picture displayed a giant, white-hued beast with a torso that appeared to be constructed out of dozens of cotton-balls, and atop which sat a truly tiny head. And while stories and friend-of-a-friend tales suggested Fort Worth police had found evidence that some of the sightings were the work of costumed-hoaxers, this was an issue that to this day remains murky and not fully resolved. Indeed, the legend of the Goat Man still lives on at Lake Worth – and long may it do so! 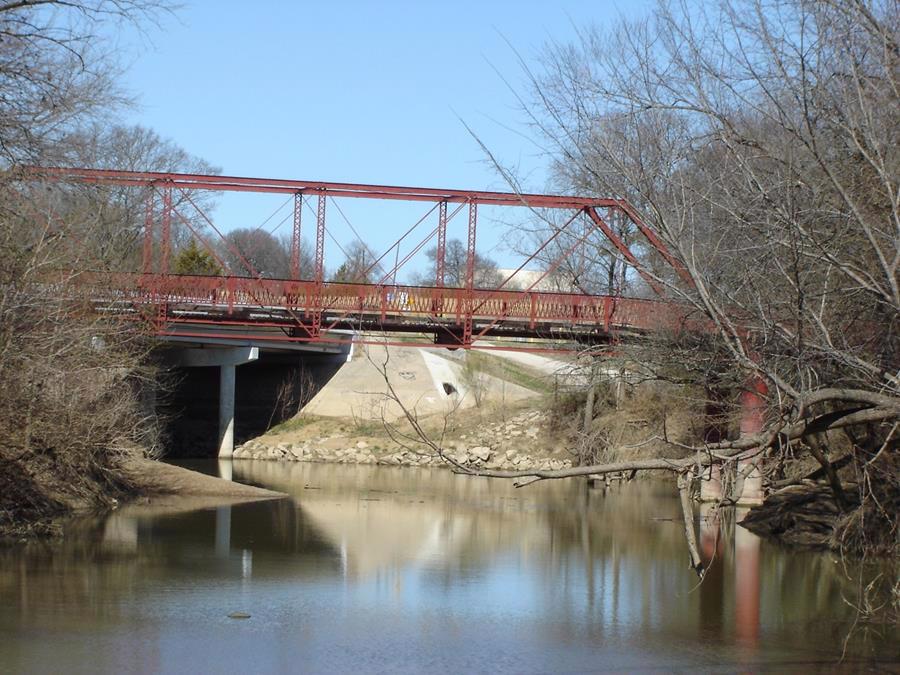 The story isn't quite over, however. There is another Goat-Man in Texas. The Old Alton Bridge is situated in the Texas town of Denton. It is roughly about an hour's drive from where I live and has a very strange and monstrous legend attached to it. It concerns nothing less than a terror-inducing Goat Man, of the very type that have been reported from a whole variety of other locations across the United States for many a year. Probably the most infamous of all the Goat Men is that which allegedly surfaced in and around the town of Lake Worth, Texas back in the summer months of 1969. But, what of its nearby cousin of the supernatural kind in Denton? As for the stories that revolve around the creature's presence, one legend says that, many years ago, wannabe devil worshippers in the area inadvertently opened up a portal to some hellish realm that allowed the vile beast open access to our world. And now, today, and as a direct result of this reckless action, the Goat Man has no intention - at all - of returning to the twilight zone from which he first strode forth. Hence his deep desire to forever haunt the old steel-and-wood bridge at Denton.

As anyone with even the most basic knowledge of paranormal activity, will be aware that bridges have been directly linked with the supernatural for years; in fact, for centuries, no less. Of course, there is the world's most famous winged humanoid, Mothman, and the tragic events of December 1967, involving the huge Silver Bridge at Point Pleasant, West Virginia that collapsed into the dark depths of the Ohio River, drowning dozens. Is it simply a mere coincidence that old bridges and bizarre entities go together, in definitive hand in glove style? No, just maybe it is not. In her 2006 book, Mystery Big Cats, author Merrily Harpur wrote of certain mysterious locales that she specifically refers to as Liminal Zones: “These are the transitional zones between one area and another – the kind of no-man’s-land traditionally regarded as magical," says Harpur. She notes that such strange zones include streams, gates, churchyards and...yes...bridges.