A Catastrophe of Maximum Consequences with Minimal Discussion

An Article on Real Geopolitics, Substantive Sociology, and Evident Economics

This will make Covid look like a walk in the park!

This article was originally published at the 'McKindog Express' and has been reproduced here with the express permission of the author.

Every neo-liberal global institution is fixated with limiting demographic growth. Environmentalism, Scientism, and Atheist Materialism have all been used in the last century to radically limit the expansion of Human propagation.

Since the 1960’s the number one goal of elite establishments has been to reduce the earth’s population.

In 1968 David Rockefeller founded the Club of Rome to fund social and political movements that would lead to less people. In 1972 Klaus Schwab created the World Economic Forum, who’s now known for orchestrating the Great Reset. 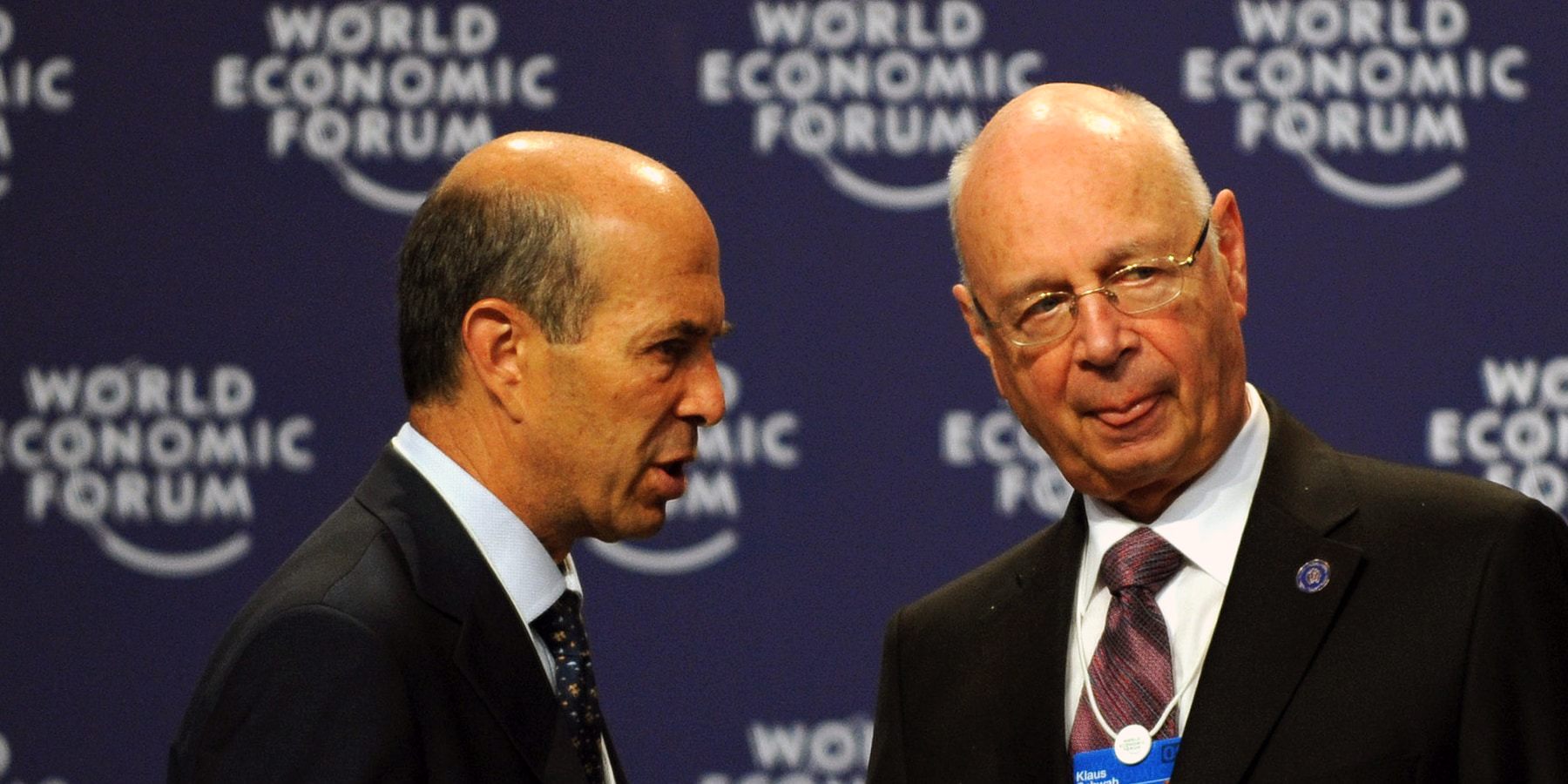 By 1980 China had implemented the One-child policy. In 2000 The Bill & Melinda Gates Foundation was established to stop African overpopulation. These groups have been wildly successful.

The UN estimates the world’s population to be at 7.9 Billion. That’s likely an overestimation of at least 10-15%. The global population is almost certainly below 7 billion (the number it was predicted to be at by 2000 from these same institutions).

Let me show you how I know. Virtually every polity in the world has an incentive to overcount in each census. People move and are still recorded. People die and are still on the list. Duplicates are common.

Inaccurate censuses are the norm, not the exception. There are far fewer people than you are told.

Take China as an example. There are likely only about 1.28 billion in China as opposed to their official tally at 1.41 billion.

India’s government statistics have long been known to be immensely unreliable. How much fraud is in the world’s largest democracy?

Nigeria supposedly has over 200 million people. After reading this article about the political weaponization of records, I’m much less certain.

If you think our systems in the US are bad, imagine how they must be in Indonesia, Pakistan, Bangladesh, Egypt, or Ethiopia?

Finally within the last year researchers are beginning to admit that overpopulation may no longer be a problem. But like initially with inflation, they are saying it’s a good thing.

The messaging will be loud and clear – population decline will be a good thing that should be celebrated. If you think you’re shamed for having children now, check again in 10 years. Every anti-human ideology will be enforced where they have control.

The Population Collapse is too late to prevent and will happen by 2050 if not sooner. Here’s how I know: Worldwide Fertility Rates, Age of First Child, Median Age by Country, and Life Expectancy all tell the same story. The numbers have been crunched.

By the way, the numbers have accelerated since 2019. It’s starting to get real! The world’s population may go down below 3 billion in our lifetimes. But that’s not the nearly the worst part about it, that will be the lack of young people.

There’s only one country in the world with a fertility rate above 6.0: Niger. With the exception of Afghanistan, every country over 4.0 is in Sub-Saharan Africa. Even Yemen, a country known for Polygymy and child brides was at 3.7 in 2019. India, Saudi Arabia, and Iran are now at or below the replacement rate. The world is currently at 2.3.

The replacement rate has traditionally been placed at 2.1. We now have other factors. Alternative lifestyle, suicide, infertility, and economic challenges mean that the realistic replacement rate is at 2.5. The world is already below replacement. The calculus is unpreventable and the collapse is on its way. 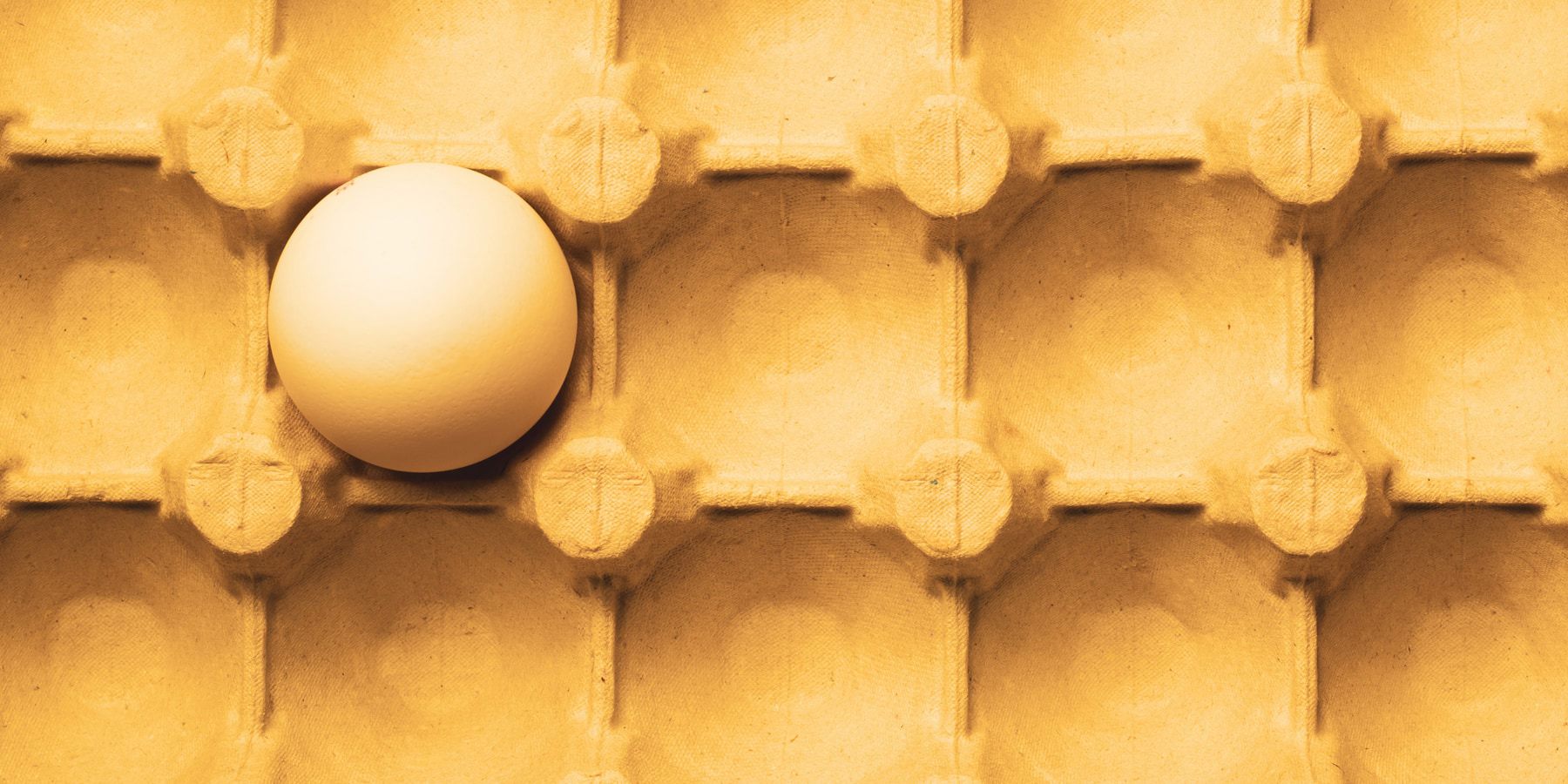 This means that countries like Mexico and Malaysia will get old by 2040. Hispanic Americans are below replacement. The Islamic world’s fertility is declining so fast that claims that they’ll overtake Europe are essentially unfounded.

In much of the developed world the average population is in the 40’s. At Japan it’s at 50. What happens in 20 years when countries average age will be in the 60’s? Millennials aren’t having kids and there are far less members of Gen Z. Much of Gen Z will be incapable of having kids. There’s no turnaround in site. This is now inevitable.

Every year the average age that a woman has her first child goes up. Pretty soon most pregnancies will be considered geriatric. This will have significant long term ramifications when it comes to the health, neurology, and development of our future.

For a long time a persuasive argument has indicated that rising life expectancies would mitigate these risks. However, the US life expectancy peaked in 2015. Unexplained deaths have been a powerful feature of our world since 2021. Our environment will cap life expectancy in the foreseeable future. 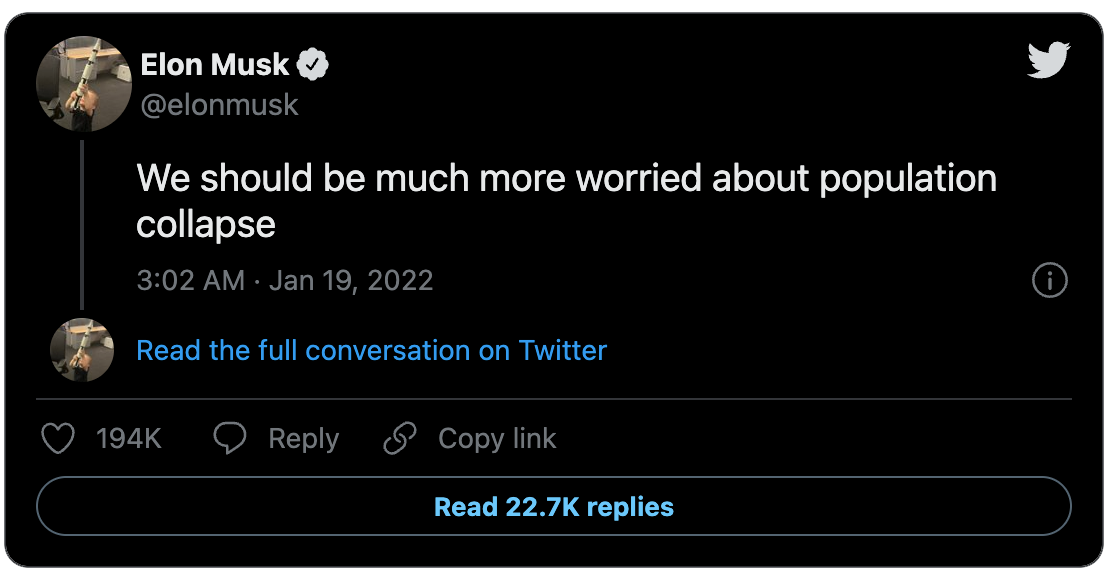 Jordan Peterson is also convinced that we are currently living at Peak Population: 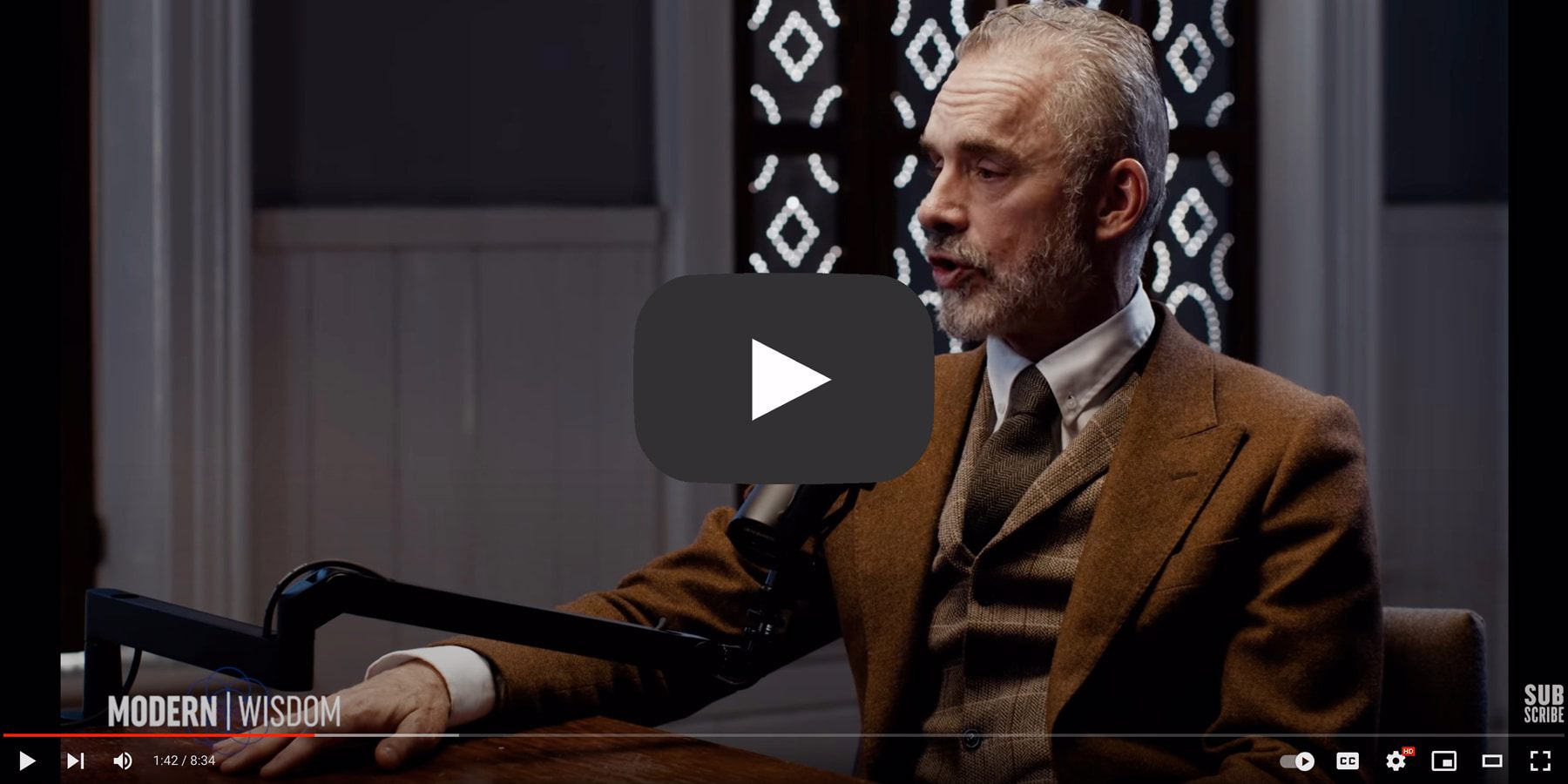 What does this mean for Realpolitik considerations? Russia’s fertility rate is far below replacement. The USSR had 300 million people. Russia might have 130 million, it’s average age is over 40. Russia soon won’t be able to fight any ground wars. Putin literally could not have waited another year to start a war.

Why would the childfree politicians of Europe like Angela Merkel, Emmanuel Macron, or Mark Rutte care about what’s going to happen beyond their lifetimes?

China will soon run out of bodies capable of arming the People’s Liberation Army. The US armed forces are in freefall. Things are going to get a little weird as cyberwarfare, biowarfare, and economic war completely replace the conventional wars of nation states. 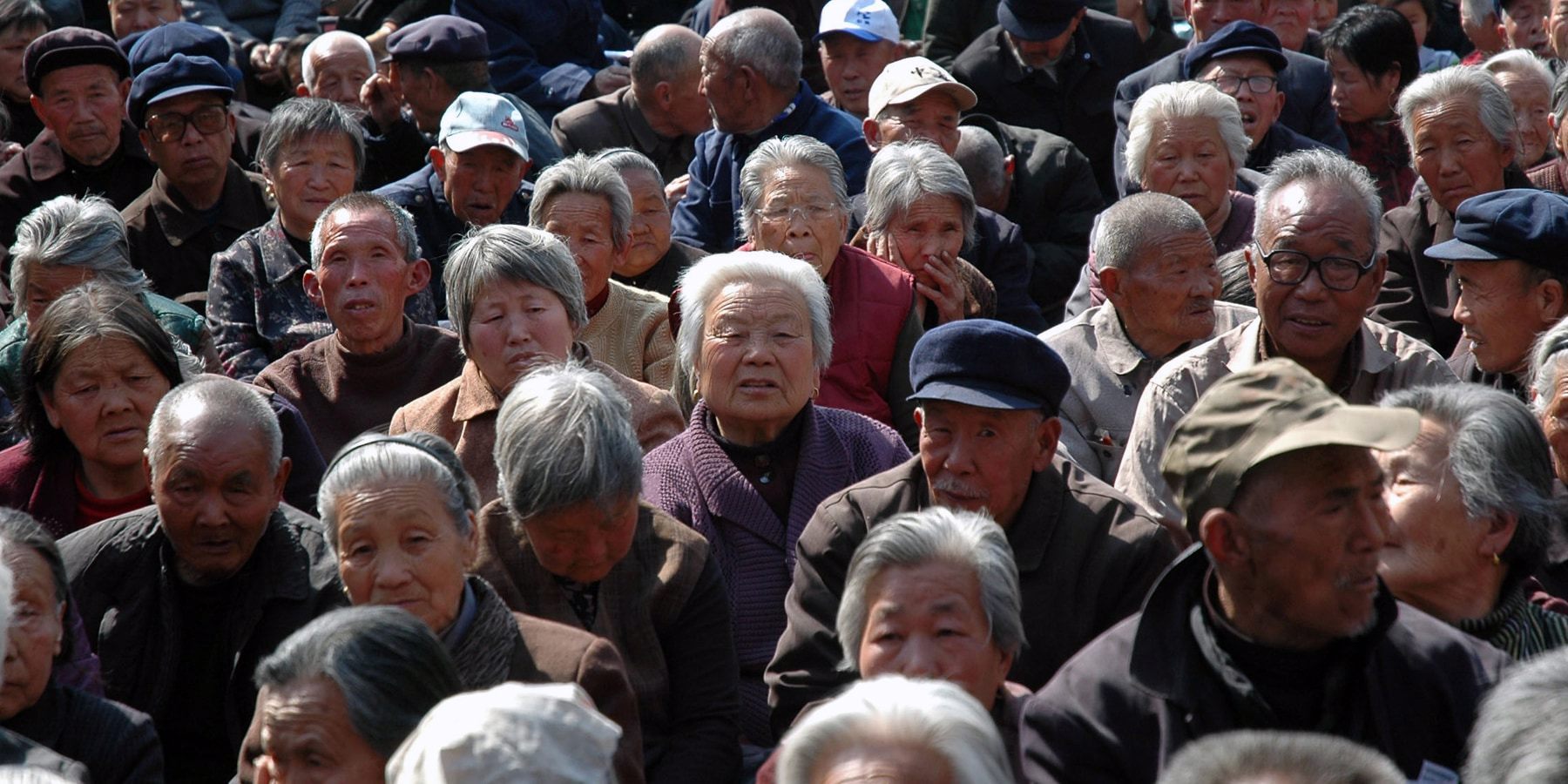 A Nation in 2050 that is still able to maintain militias of brute force will be able to invade far larger entities without the Youth to protect its borders. Widespread chaos will rule the day.

By 2050 half of the earth’s population will be in Africa. Most of the world’s largest cities will exist on that continent. Their population decline will ostensibly lag the rest of us. It is unclear whether their institutions will be able to successfully carve a stable place in this new world.

How exactly, do you run an economy with 5x more people aged 70-80 than 20-30? Some people say robotics. That’s not how AI works, It will be the managers, not the workers whose jobs will go.

The way it’s looking, having AI overlords means that the algorithms will do the higher order work and we’ll be the slaves doing the menial labor.

With workers leaving in droves as it is, the immediate future is one of logistical and economic crises. The recession is already upon us. Covid will be seen as just the beginning of the 21st century’s Great Long Depression.

Natural resources require physical labor. What happens when there’s no one left to work? What happens when there are less plumbers, electricians, and repairmen? When our derelict infrastructure crumbles, who then will replace it? Even Information Technology relies on the tangible world for sustenance. Without energy, even AI will be fruitlessly futile.

Supply chains will fall into the ground. Ships will hit rock bottom. Planes will stop flying. Electricity will become a luxury. Meanwhile, everyone will be old and too weak to fix a thing.

Basic goods will be a luxury. The 2020’s will resemble the 1920’s. The 1920’s were the first modern decade and the 2020’s will be the last. These problems will wreak havoc on our financial systems, even crypto currencies may not be of substantial help after the demographic free-fall. These complications though are far more intense than inflation and then deflation, they deal with the soul of our world.

Childlessness is undeniably a major contributor to depression, loneliness, and suicide. Many men and women want children but can’t find partners willing to start a family.

How many childfree couples believe that they having children prevents them from having fun?

Environmentalism is no longer about clean water, it’s an apocalyptic death cult focused on the worship of Gaia. Greta was just a little pawn disposed of as soon as she turned 18. 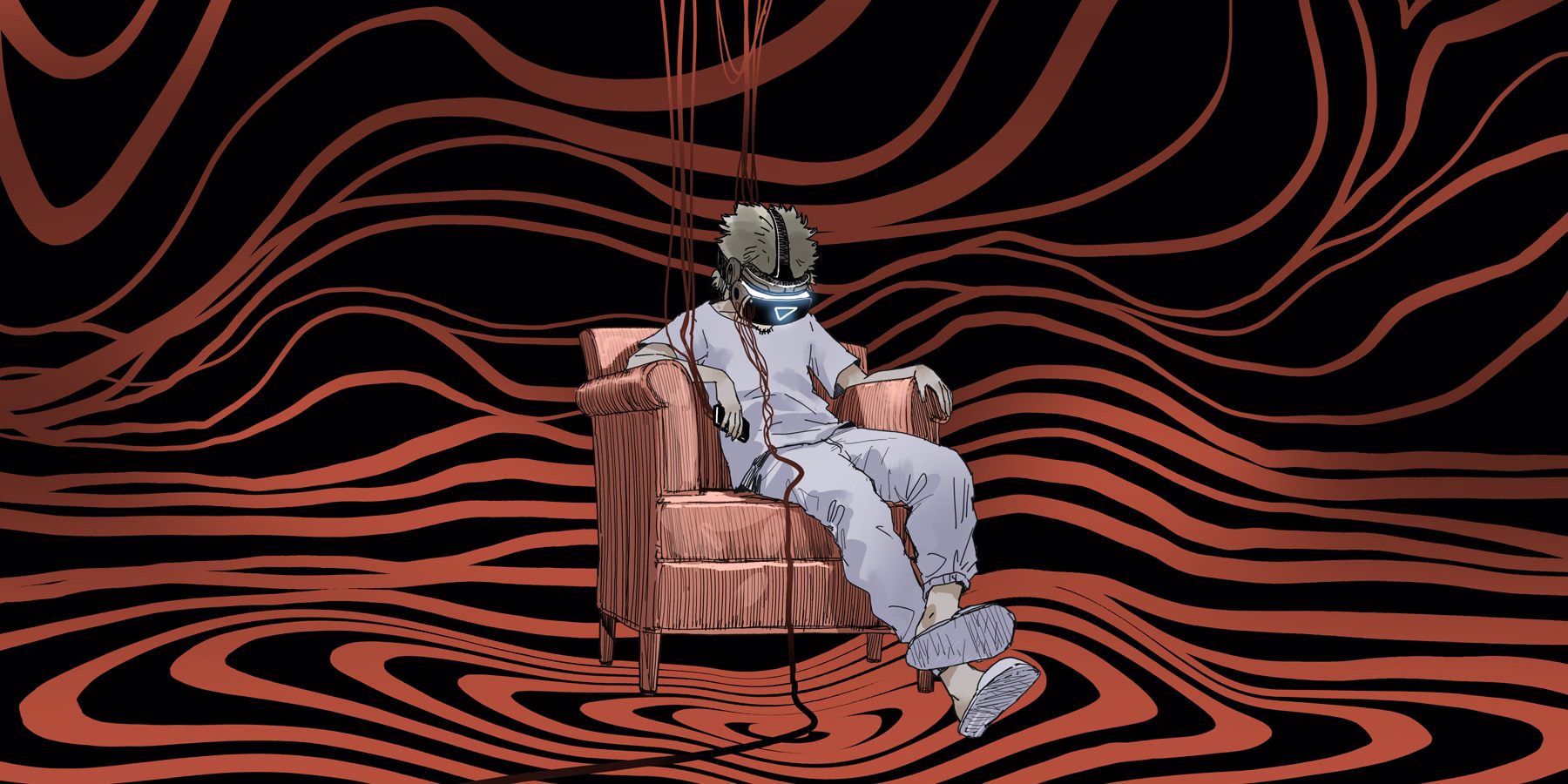 Scientism will evolve to its next ideological stage, that of Transhumanism. They will push it at all costs even if they don’t get a penny back.

The slippery slope is far behind us. Pornography is free to prevent our future offspring from being born. The chemical castration of humanity is far beyond its goals of destroying health and beauty. Every social movement, with few exceptions, is inextricably tied to population control.

Since when did birth become so demonized?

Why are women afraid to give birth?

Why shy away from something as natural as life itself?

There are now more dogs than kids in many parts of the U.S.

These people are Anti-Human. They want a world with far fewer people and so far they’ve been ferociously ahead of the game in every way.

In the end of the day, they don’t care if they live either. They want Humanity to be over. As Prince Phillip said, if I came back to earth, I would want to be a Virus, as to kill off the human race. 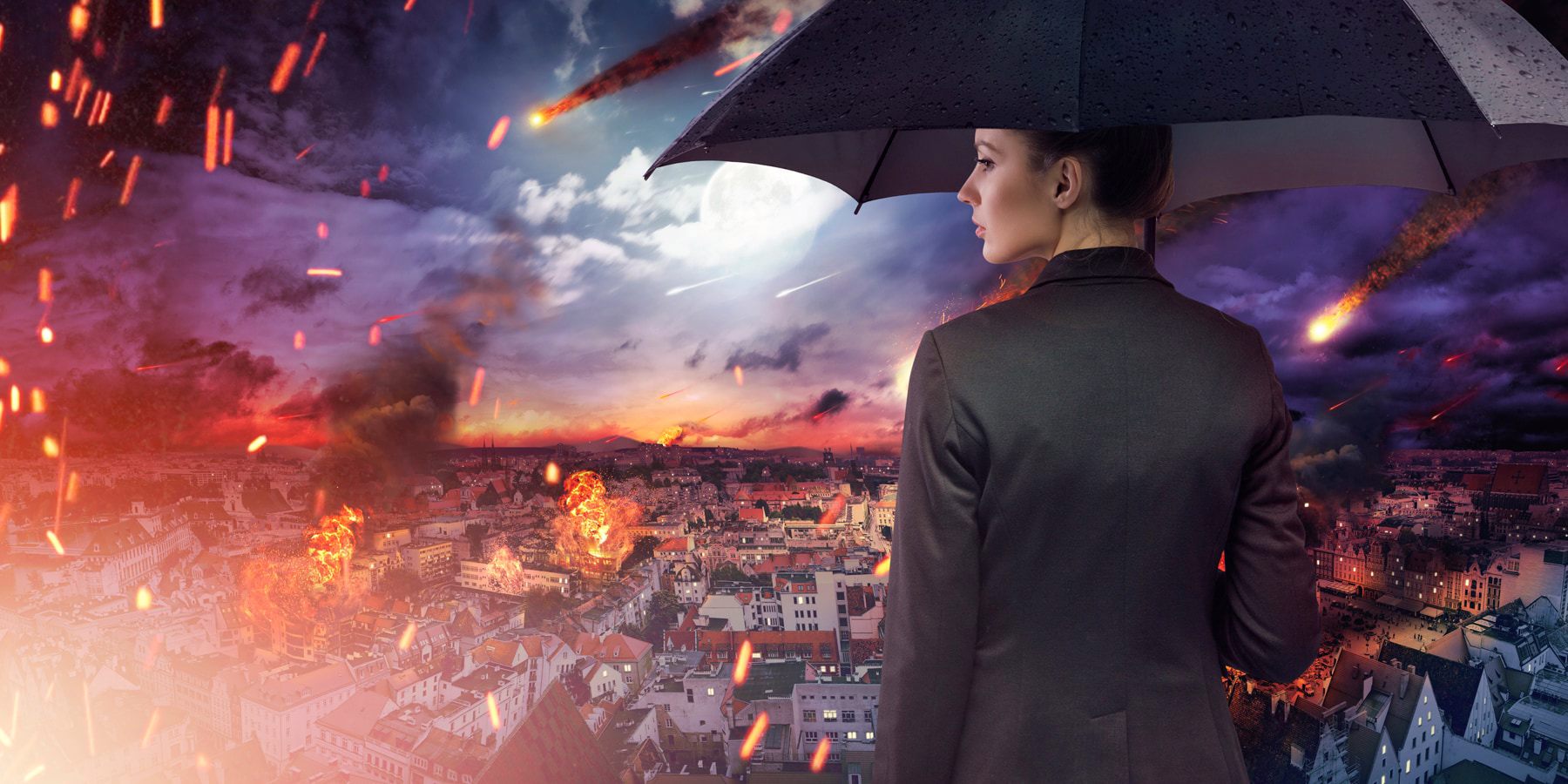 If you care about the future of humanity, you must understand how important of an issue this is to every last soul. This is the great challenge of our time. Will you rise up or will you cower in defeat?

Now is the time to have children.

Now is the time to create your legacy.

A hundred years from now all of humanity will be descended from those brave souls who rose up and went against the current. This calamity effects all people of every race, nation, and creed.

Will you rise up to defend your religion, freedom, peace, and families?

In the end of the day, it’s a choice that goes straight through every human heart.

Will you choose love, light, life and truth?

Will you choose living after the manner of happiness?

But if it is unpleasing in thy sight to save the fruit of thy loins,  then choose ye this day whom thou wilt serve, whether the God of David Rockefeller, Klaus Schwab, or Bill Gates, or the social justice movements in the land in which ye live. As for me and my house, we will save the future! 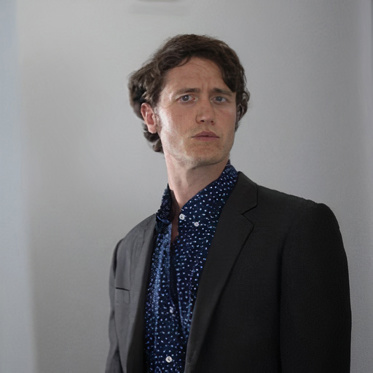 New Version of National Geographic UFO Photo Called “Best Ever” – Is It? 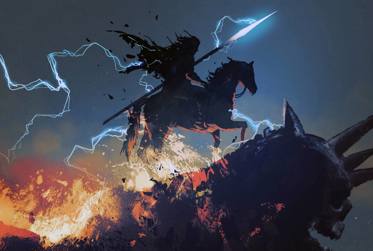 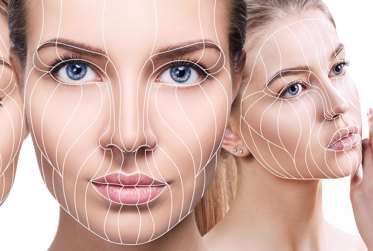 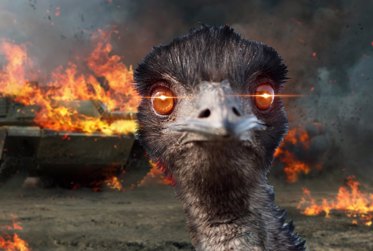