The 18th and 19th centuries brought with them an explosion of interest in the sciences and the way the world and the human body worked. This was an era in which there was a flood of new discoveries in biology, physics, chemistry, pathology, and medicine. It was the age in which we were starting to crawl out of the darkness, in a sense, to begin to truly understand the workings of the human body, living organisms, and the natural world. We were beginning to understand the concept of how diseases worked, how electricity operated, and how chemical elements interacted, and one area that was starting to be scrutinized by scientists was the realm of death and how to possibiy beat it, and there was a time when one of the chief methods of doing this was shocking things with electricity.

How death works and what happens to us after we die had already long been pondered by humanity since time unremembered, a philosophical debate that had already been going on for centuries, but it was in the 18th century that people were starting to try to understand it in a scientific way. At the time, there were new theories being brought forward on the nature of death, and one of these was the idea that there were actually two classification of death, called “incomplete” and “absolute.” It was thought that as long as the body had not putrefied or decomposed too much, it could be considered an “incomplete” death, and that the person could conceivably be resurrected. An “absolute” death simply meant that the physical body had decayed to the point that it was no longer functional and therefore unable to be brought back to life. It was this pervasive idea that living organisms could be brought back that led to scientists of the era racing to figure out how to do it. 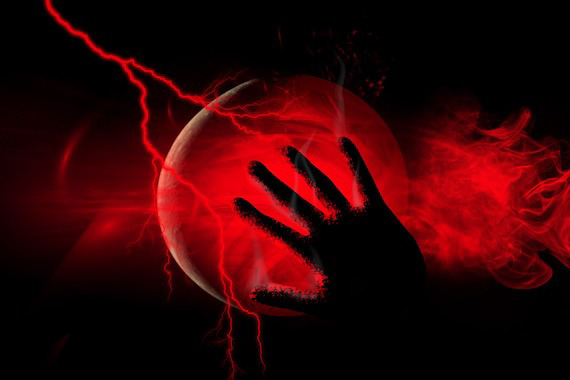 One early attempt to pursue the resuscitation of the dead was the Society for the Recovery of Persons Apparently Drowned in London the 1770s, which would later become the Royal Humane Society. Established by two doctors by the names of William Hawes and Thomas Cogan, it sought to create methods to bring drowning victims back from the dead through a variety of methodologies and devices that it published in an annual journal. The society claimed many success stories, which mesmerized the public and blurred the line between what was considered life and death. It also inspired others to try their own ways of bringing back the dead, and perhaps the strangest and most macabre was the pursuit of literally shocking organisms back to life with electricity.

At the time, the nature of electricity was still poorly understood, and in many ways it was seen as almost a sort of magical, mystical force. In 1780, the Italian physician, physicist, biologist and philosopher Luigi Galvani noted how a dead frog’s legs would twitch when struck by an electrical spark accidentally during an unrelated experiment, and this awoke a fascination within him on the idea that electricity could be used to effectively reanimate dead tissue. Galvani theorized that there was something he called "animal electricity," which he postulated was a vital force that animated organic matter and could also be used to bring back the dead. He began a series of experiments in which he touched metal electrodes of brass connected to the frog's spinal cord to an iron plate in order to make the dead animal’s muscles convulse and move about as if alive. He would obsessively pursue 11 years of research and experimentation on the matter, which culminated in his book on “animal electricity” in 1791. It would also lead to the term “galvanism” being named after him, which at the time was mostly defined as the generation of electric current within biological organisms and the contraction or convulsion of biological tissue upon contact with electric current. 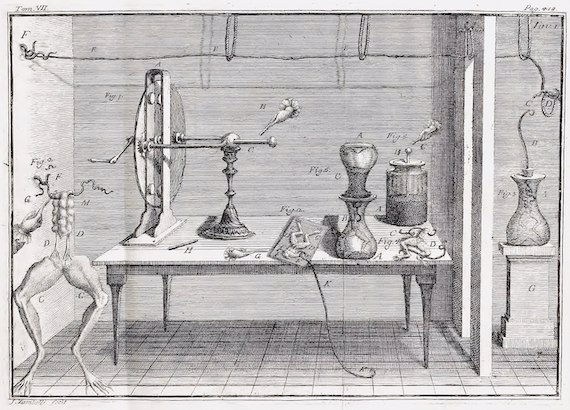 When Galvani died in 1798, his nephew Giovanni Aldini would continue his work, and would also graduate to new levels of the morbid by using human corpses rather than animals. He would famously do a public demonstration of electro-stimulation on the corpse of an executed criminal named George Foster, of which one shocked observer would write:

On the first application of the process to the face, the jaws of the deceased criminal began to quiver, and the adjoining muscles were horribly contorted, and one eye was actually opened. In the subsequent part of the process the right hand was raised and clenched, and the legs and thighs were set in motion.

Although it may seem unethical to do this today, at the time England had passed the Murder Act, which basically allowed the corpses of convicted murderers to be used for scientific experimentation. With Galvani’s discoveries, these corpses were increasingly being sought out as other mad scientists moved past animal subjects. One of the most notorious of these experiments was carried out by the Scottish chemist Andrew Ure in 1818. In November of that year, he gathered together an audience of students, anatomists, and doctors at the University of Glasgow, who sat down to the sight of Ure standing there with the corpse of a murderer who had just been hanged beside him. In his hands Ure held two metal rods hooked up to a voltaic battery, which he then proceeded to touch to different exposed nerves on the corpse, each time inducing the dead murderer to convulse, shudder, and quiver, much to the fascination, revulsion, much to the horror of the audience. Ure would describe of what happened to the corpse:

When the one rod was applied to the slight incision in the tip of the forefinger, the fist being previously clenched, that finger extended instantly; and from the convulsive agitation of the arm, he seemed to point to the different spectators, some of whom thought he had come to life. The fingers moved nimbly, like those of a violin performer. Every muscle in his countenance was simultaneously thrown into fearful action; rage, horror, despair, anguish, and ghastly smiles, united their hideous expression in the murderer’s face, surpassing far the wildest representations of a Fuseli or a Kean. At this period several of the spectators were forced to leave the apartment from terror or sickness, and one gentleman fainted.

Although the body was ultimately not reanimated, Ure would attribute this failure to the fact that the man had died of grievous bodily injury through execution, and insist that the method itself would have worked with a corpse that was not so damaged. Indeed, he would go on to extensively lecture on his ideas and publish a pamphlet on it, although most of the mainstream scientific community saw him as a quack. However, the idea of using electricity to bring back the dead was so enticing that people could not stop talking about it. Sir Humphry Davy, a Cornish chemist, would say of this mysterious new realm:

The composition of the atmosphere, and the properties of the gases, have been ascertained; the phenomena of electricity have been developed; the lightnings have been taken from the clouds; and, lastly, a new influence has been discovered, which has enabled man to produce from combinations of dead matter effects which were formerly occasioned only by animal organs. 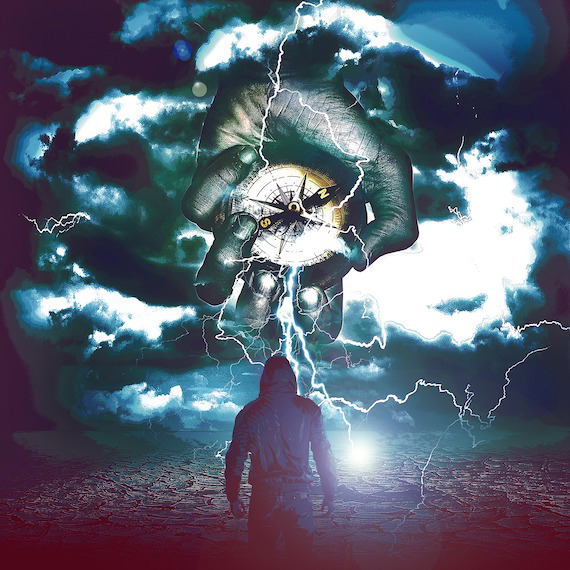 Interestingly, the very same year that Ure performed his macabre experiment, Mary Shelley published her gothic horror classic Frankenstein, which was influenced by galvanism and has some creepy parallels to such experiments. Shelley would write:

Perhaps a corpse would be re-animated; galvanism had given token of such things: perhaps the component parts of a creature might be manufactured, brought together, and endued with vital warmth.

By this time there was much discussion that electricity was perhaps a sort of “spark of life,” not only useful for bringing back the dead, but also able to even create life from nothing; a process known as abiogenesis. The use of electricity was also branching out into other ways to affect the human body, such as using electrical shock to cure insanity, now known as electroconvulsive therapy, and a vast array of other medical conditions. Although no one was ever brought back from the dead with galvanism, it did pave the way towards the modern application of electricity to the human body for medical purposes and the study of the electrical properties of biological cells and tissues, called electrophysiology, while also leading to our knowledge of neural pathways and the monitoring of the electric activity of the heart, muscles, and even the brain. While he may not have ever reanimated the dead, Galvani’s work and even the likes of Ure have an enduring legacy in medicine and the field of modern neuroscience. It is all a very odd chapter in the history of medical science, and a dark look into humankind's desire to delve into realms that we do not understand, and perhaps were never meant to.