When Paranormal Mysteries Clash: Strangers in the Night

Albert Bender is inextricably linked to the enigma of the mysterious Men in Black; it was his 1951-1953 encounters with the MIB that led UFO researcher  and author Gray Barker to write the very first book on the darkly-clad things, 1956’s They Knew Too Much About Flying Saucers. For that very reason alone, it’s unusual that practically every researcher and author that has ever commented on his encounters with the dark-suited ones, has overlooked something massively important: his family’s links to…a Woman in Black, She was a terrifying, spectral crone who had an obsession for nothing less than coins. In 1933, while he just a child, Bender’s mother told him the spine-tingling story of a family ghost, that same Woman in Black. The story revolved around a second-cousin of Bender who, while only six years of age, moved into a creepy old house with his family. It was a house that sat adjacent to an old, abandoned mine-shaft. The mine was a downright eerie place: it was filled with angular shadows, old wooden supports that creaked and groaned endlessly, and a multitude of bats and rats.

It was also a mine in which, years earlier, a despondent young woman slit her throat and, as the blood cascaded forth, threw herself into the depths of one of the darkened, old shafts. Her battered and torn body was finally recovered and was taken into the house in which Bender’s cousin lived, before being buried in the local graveyard. The woman, noted Bender in his book, Flying Saucers and the Three Men, was said to have been a definitive witch, one that “lived alone with a great many cats and she was said to prowl about only at night.” Bender added that: “My cousin wore a coin on an unbroken chain around his neck constantly, even to bed. After having lived in the house a few months, his parents noticed his health was failing. He would not eat, and claimed he saw a lady in black in his bedroom at night. Of course they thought it all nonsense and that he was only dreaming, but soon they began to have sleepless nights when the boy would scream out in his sleep and they would find it necessary to go and comfort him.”

In the early hours of one particularly fraught morning, Bender’s cousin awoke the family, wailing like a veritable banshee. His parents noticed that the coin had been unhooked from the chain and was positioned on the pillow. According to Bender, the boy told his mother and father that “the lady in black was trying to choke him and take his coin away from him.” It must have been terrifying for a little kid. The local doctor said the whole thing was down to nightmares and to absolutely nothing else at all. Very soon thereafter, however, the doctor would be proven catastrophically wrong. With no end in sight to the night-terrors, both parents elected to sleep in the boy’s room until things calmed down. Things then went to another level. On the fourth night of mayhem, they were woken up by the menacing and horrific sight of a hooded, female form - dressed in black, and with anemic-looking skin – that slowly glided across the room, right in the direction of the poor boy. A bony hand moved slowly down to grasp the coin, at which point the boy’s father lit a candle and firmly thrust it in the face of the WIB. Bender said: “They could see a pale, chalky-white face staring at them.” In an instant the terrifying hag was utterly gone – and so was the coin. Not surprisingly, the family vacated the house within a week; the boy, to the relief of everyone, quickly recovered from his night terrors.

In some respects this parallels with what is known as sleep paralysis - a phenomenon that some believe is created solely by the brain, while others think it's the result of paranormal activity. It is an age-old phenomenon that was finally given a name in the 19th century, by a French physician, Louis Ferdinand Alfred Maury. Essentially, sleep paralysis is a physical state that is somewhere between being awake and being asleep. At that undeniably hazy moment, when transition from one distinct state to another is occurring – and, more importantly, if and when that transition is violently interrupted – both body and mind act in decidedly strange fashion. Sleep Paralysis plunges a person into a dream-like condition in which they, literally, cannot move. For all intents and purposes they are physically paralyzed, and that includes their vocal chords, too: the person is unable to shout, or scream, for help. They also, typically, detect a deeply malevolent presence in the room in which they are sleeping – or, on other occasions, experiencers will describe predatory forms slowly, and in creeping fashion, approaching the room. It’s an experience that can be accompanied by strange and menacing voices, incomprehensible words screamed or whispered at the terrified soul in rapid-fire time, and the sense of something dangerous looming over the affected person, as they struggle to both wake up and move. When they finally manage to do so, the dark atmosphere and attendant malevolent entity are gone, as in practically immediately. 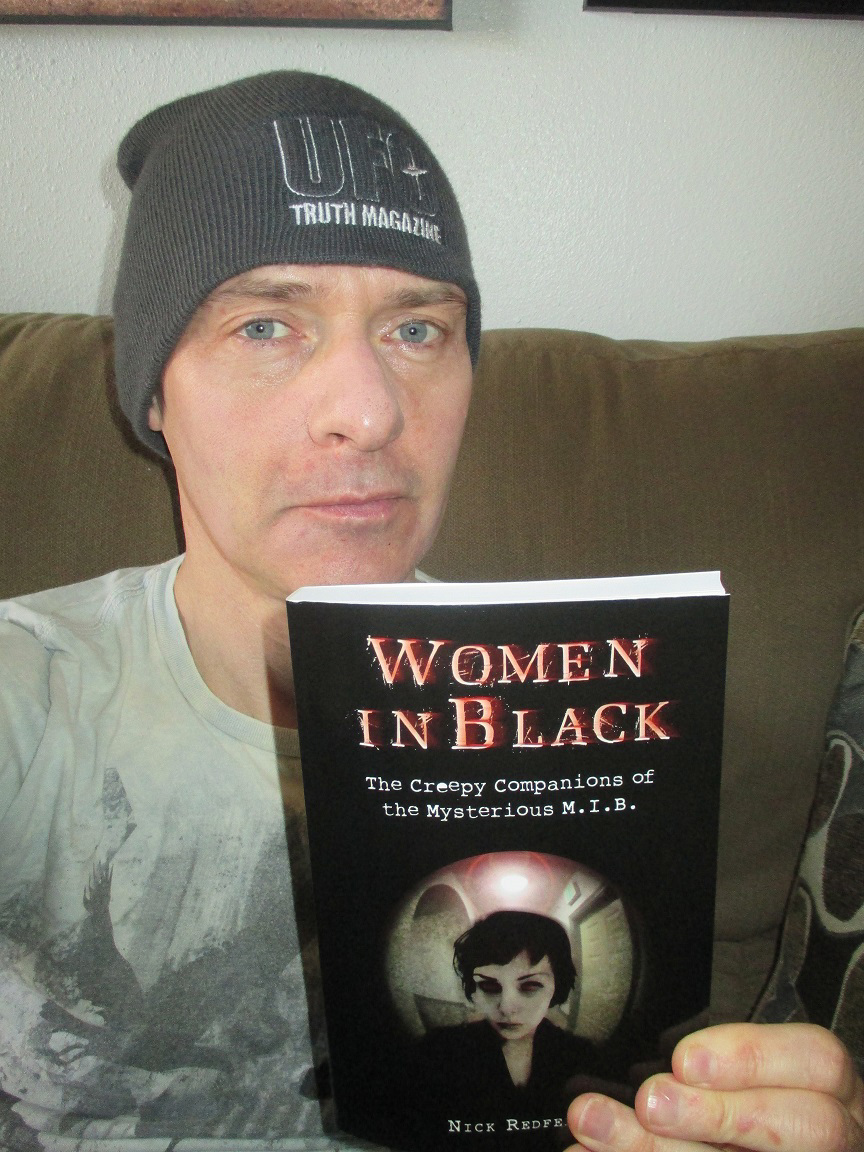 Those who are skeptical of the idea that Sleep Paralysis has external origins would likely say that the large number of Old Hag encounters that originate in Newfoundland are caused by cultural conditioning, and subconscious knowledge of how the experience should play out. Of only one thing can we be certain: when Hypnagogia occurs, an absolute multitude of supernatural forms appear. Thus, we see that, in reality, Albert Bender’s second-hand exposure to paranormal mysteries did not begin in the early 1950s, when he received a visit from three menacing MIB that rivaled anything ever written by his hero, Edgar Allan Poe. Rather, it all began decades earlier, in the 1930s, with a monstrous Woman in Black, one who had a thing for coins, and for making them disappear, too. We're not quite over, however, when it comes to coins and creeps in black. We have to go forward a couple of decades.

Let’s head to the night of Saturday, September 11, 1976. That was the decidedly ill-fated evening upon which the Orchard Beach, Maine, home of a certain Dr. Herbert Hopkins was darkened by a nightmarish MIB. Vampire-like scarcely begins to describe the terrible thing that descended on Hopkins’ home on that fraught night. When Hopkins opened the front-door, he was confronted by a pale-faced, skinny, bald ghoul; one that was dressed in black, had dark and hostility-filled eyes, and sported the de rigueur Fedora hat. The MIB made it very clear, and extremely quickly, that if Hopkins knew what was good for him he would immediately cease all of his then-current research into the life and experiences of an alien abductee named David Stephens, who lived in nearby Oxford. Hopkins, frozen to the bone, didn’t need telling twice. Just for good measure, the undeniably malevolent MIB – in monotone fashion – told Hopkins to take out of the right pocket of his pants one of the two coins that was in there and hold it in the open palm of his hand. Hopkins didn’t even think to wonder how the MIB knew the coins were there; he just did as he was told.

With a detectable threat in his robotic voice, the MIB ordered Hopkins to keep his eyes locked on the coin, which he did. To Hopkins’ amazement and horror, something terrifying happened: the coin transmuted. It turned blue in color; it shimmered slightly – as if in a mini heat-haze – and then, in a second or so, became 100 percent vaporous. After a few moments the vapor was gone. The MIB implied that he could do exactly the same thing to Hopkins’ heart. Hopkins got the message. The MIB shuffled his curious way to the door and vanished – as in literally – into the chilled night. Bizarrely, there are other stories that link the MIB phenomeon to coins. It's an even stranger saga that deserves an article all itself. And, it will. Very soon.

The Mysterious Disappearance of the McStay Family